The Boxer is a short haired dog that was developed and bred in Germany for many purposes. They are brachycephalic in the way they have broad, short skulls and square muzzles. They are also known to be incredibly faithful and loyal to their owners and hesitant of any new person they may not initially know. These are just some of the facts we know about the Boxer breed, but what about what most people don’t know? Here are ten things you didn’t know about Boxer dogs, ranging from the scientific to the downright funny. 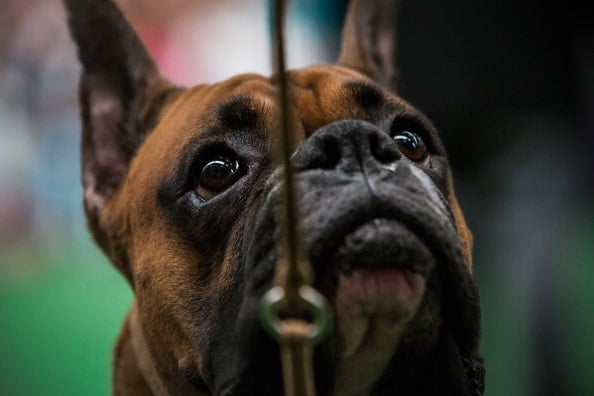 Part of Its Genetic Code Is Extinct: The Boxer breed was bred by crossing a Old English Bulldog with the now extinct Bullenbeisser. Though Old English Bulldogs are still a prominent breed, the Bullenbeisser is not. This was a German dog bred to be agile and strong (their name translates to Bear and Bull Biter. That pretty much says it all). The Bullenbeisser became extinct due to cross breeding, and today, the Boxer is the second closest thing we have to still having that breed exist. 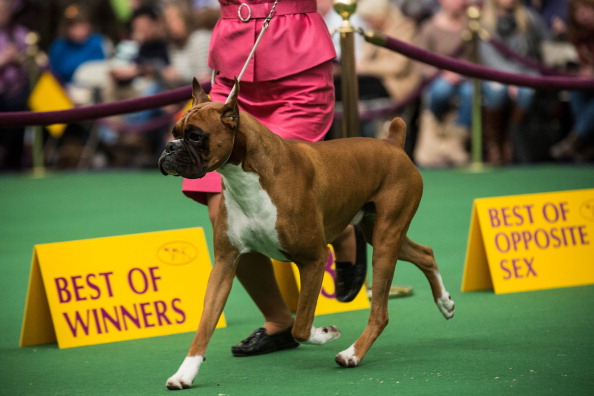 First Exhibited in Munich in 1895:  It is hard to think back and imagine what dog shows must have been like over a hundred years ago. But that is also when the first ever Boxer was shown to the public as an exhibition dog. People marveled at not only on how the dog looked, but how well behaved it was and intelligent. Shows you why the Boxer breed has been getting the love it has for so long. Because it has earned it, 100 years and counting. 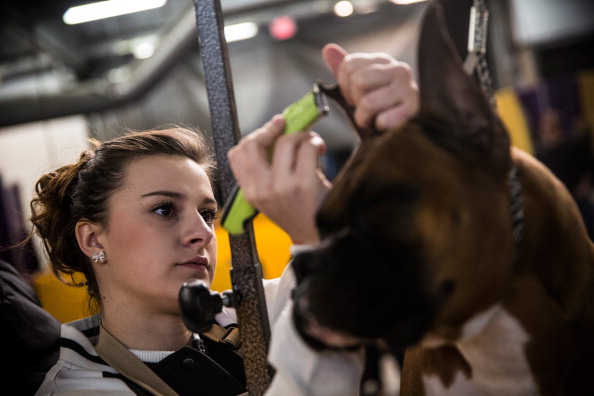 Used To All Be Docked and Cropped: What this means to non-dog enthusiests is that the Boxer breed used to have its ears and tails cut. That is what the term docked and cropped means. From docking (shortening) the tail and cropping (sheering) the ears. Humane groups over time have deemed the act cruel, so you are not likely to see it anymore. But there was a time when all Boxers were docked and cropped. A line of naturally bob tailed Boxers emerged from this over time. 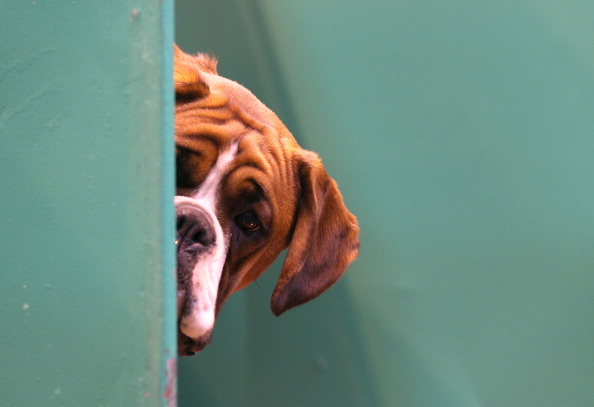 The Recognized Colors of Fawn and Brindle: The fawn color set is known to capture a wide variety of colors in the tan spectrum, sometimes with hints as dark as mahogany.  The brindle, on the other hand, are the Boxers you see with darker or black streaks against the fawn background. Though there are many variations of the colors, it is always fawn and brindle. Part of that is the white underbelly and white paws that make the Boxer so distinct. 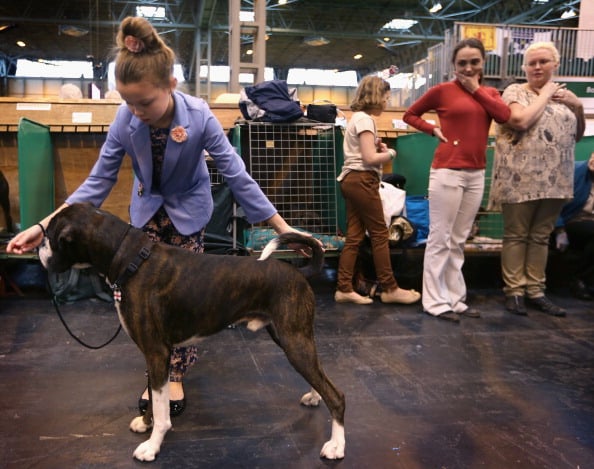 A Boxer Was Once In Guinness Book of World Records For Longest Tongue:  I know that may seem insane to read, but imagine how insane it is to research and type? Yup, no joke. There was a Boxer named Brandy who had a tongue that reached 17 inches. A 17 inch tongue. I know it sounds like something made up for filler, but it’s true.  I bet Brandy would decimate a tub of peanut butter. The visual in my head makes me laugh. That is one long tongue. 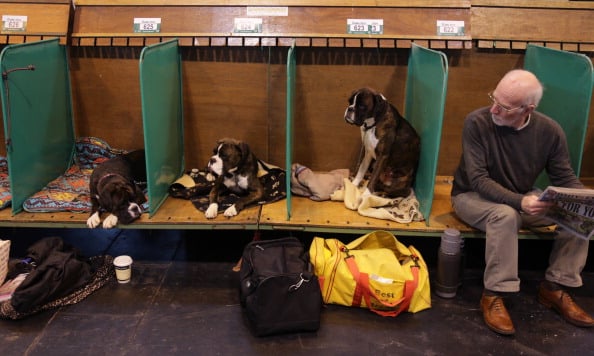 The White Boxer Curse: As sad as it may sound to say, breeders used to euthanize white Boxer puppies upon birth because they had a more natural acclivity towards certain health problems. Breeders saw it unfair to sell puppies who were more likely to get sick, so they would euthanize them. Heart breaking, but not something is practiced commonly anymore. The white Boxer is rare, though, and now you know why. 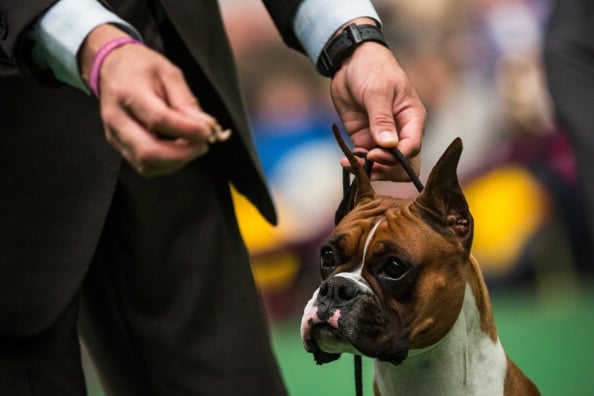 A Dog of Average Intelligence, some Say: Not to demean the breed at all, but we like to point out dog breed and how they are seen and judged on intelligence. In the well known book, The Intelligence of Dogs, the Boxer is ranked 48th. But many who have been close with Boxers have contended this issue since printing. Saying they are brilliant dogs with a unwavering work ethic. Perhaps the book (and entry on the list) is just here to rile some feathers. 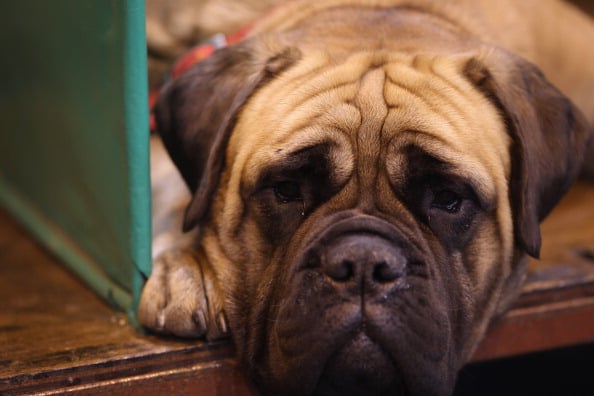 The Name May Come From Actual Boxing: Yes, there is an age old argument among lovers of this breed that Boxers are called Boxers because of their natural instinct to leap up or stand when they are playing, often mimicking the stance of the olden day boxer waiting in the ring to throw a punch. The book The Pet Owner’s Guide to the Boxer claims this is probably not very likely, and is more likely the name is based in German language roots. 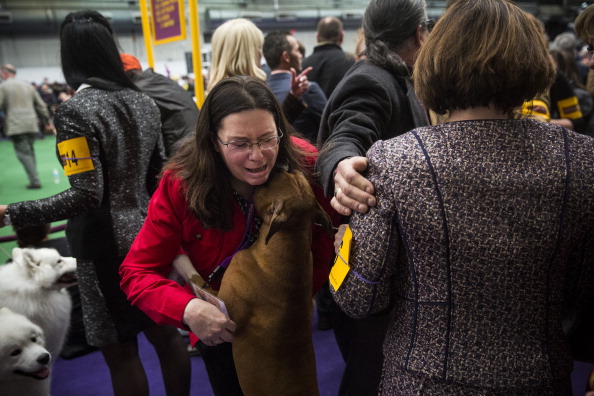 Could They Date Back to the 1300’s? There is a carving of a beast who looks very much like a Boxer in the tomb of Elizabeth of Hohenstein dating way back to 1368. Though it is probably just a terrible artist’s representation of something else, it has led many to speculate that this breed may have been around a lot longer than most think, and with different origins. Sounds like something out of an episode of Ancient Aliens. 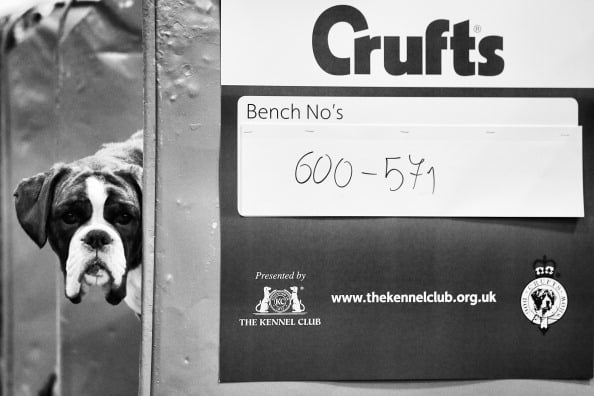 The Boxer From U.K’s Oliver Twist TV Series Was Saved from Death: The dog’s name was Bomber, and it is said he was pretty much minutes away from being euthanize when one of the animal nurses decided to take him home. He would go on to be one of the most popular dogs in U.K history. Crazy to think, he may have never gotten that chance were it not for one loving nurse who wanted to give Bomber the forever home he deserved.