Everyone loves a beautiful Golden Retriever or a Lab, a Great Dane or a Maltese, but there are some dogs in the world that are nowhere near as famous or as well-known as these. You’ve probably never heard of most of these dogs and if you have, you are one of a very few number. These are dogs that are most popular where they are from. Some of them don’t exist in large numbers and others are highly regarded – likely because there are not many of them and they are so difficult to track down and find. However, these are some of the strangest and most interesting dog breeds of the year because most people have not heard of them and have no idea what they are. That leads to a certain level of curiosity and interest, and it’s with that in mind we present you with some of the most interesting and loveliest dog breeds around. 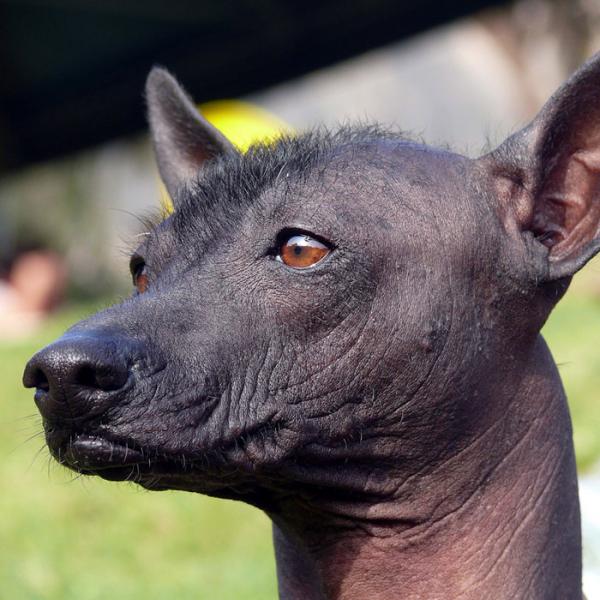 It’s one of the least attractive dogs you might ever see, but that does not make it a wonderful put. It’s not something that people are overly familiar with despite the fact that it’s been around thousands and thousands of years. You don’t see many of these often hairless dogs but when you do, you probably will notice that its owner is quite dedicated to this breed. That’s how treasured and important this breed is to its owners. 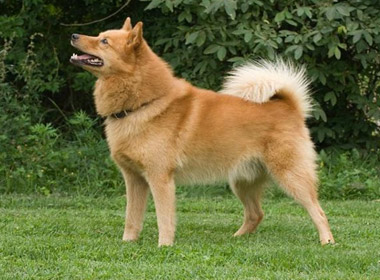 What you might think when you look at this breed is that it came from a fox of some sort. It did not. It’s a dog breed all on its own, and it is well-know, all right; it’s known, for its quick abilities and it is intelligent. It’s certainly an interesting looking breed with all that fur and those very pointy ears that give it a very distinct look. You won’t see many of these in your neighborhood, that’s for certain. 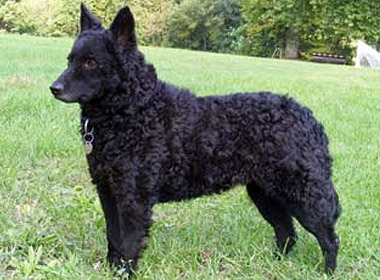 An interesting looking dog, this is one that is used primarily as a working dog outside the home. It is a hunting dog all the way. It’s also a great herding dog, too, and it does make a very active pet. Those who choose to have this dog at home will note that it would much rather be outside doing something like paying or walking, but it would really prefer to spend its time working as that is what the dog is made for. It’s a lovely dog, however. 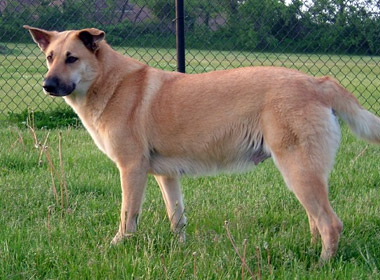 This is probably one of the more recognizable breeds from this list, and that’s because it is a dog that was developed in New Hampshire. With a very thick coat and a lovely face, it’s a great dog to own if you live in the cold. It’s hard-working and dedicated, loyal and it will make sure that your family is its number one priority at all times. Originally created as a sled dog, this is a dog that also makes a lovely house pet if you have a big enough yard and the desire to get out often. 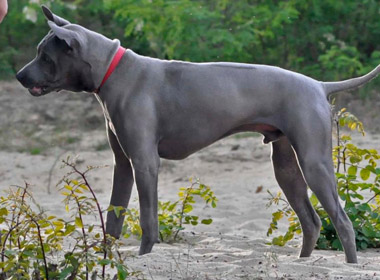 It is remarkably similar to the Rhodesian Ridgeback (a lovely and wonderful breed, I might add) but it’s also a dog that is very widely unheard of outside of its native land. But it’s lovely features and its beautiful structure is becoming popular across the world all of a sudden, and it will not be long until you begin to see this breed popping up all over the world with its lovely face and its great abilities as a pet. 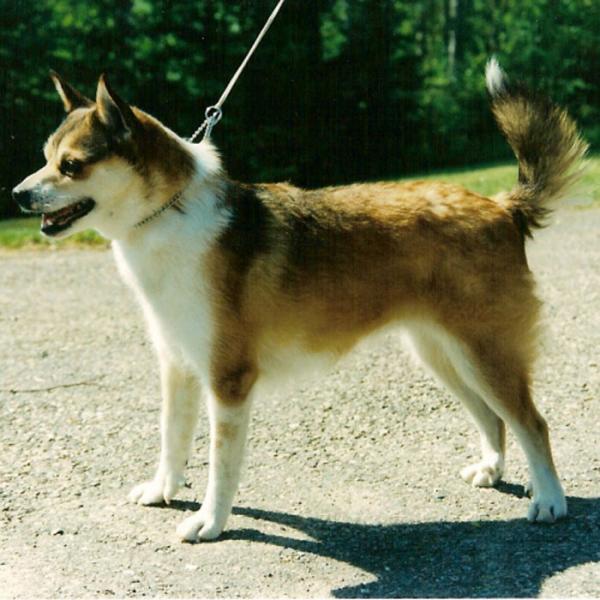 As someone of Norwegian descent thanks to my grandmother, I probably know far more about Norwegian heritage than many, but I’ve never heard of this dog. This breed can control its ears and can even reach its head back and touch its tailbone once it gets back there. The dog also has six toes per foot and it’s an excellent puffin hunter. And that leads me to this; what is a puffin? 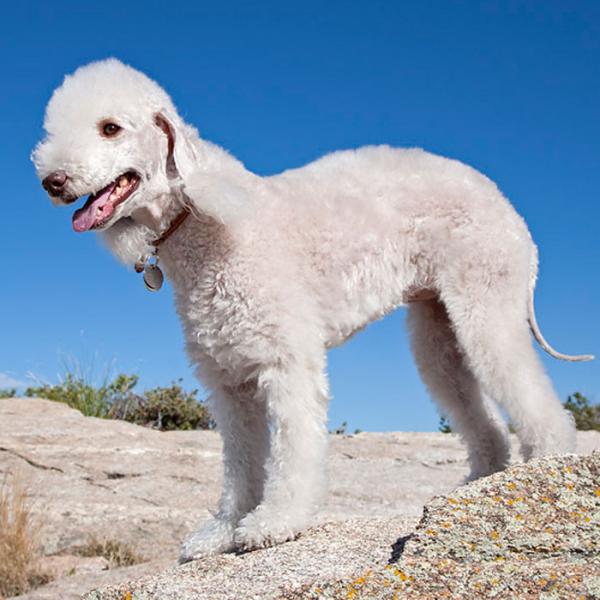 At first glance, you might mistake this dog as a sheep. Or a cross between a sheep and a poodle, to be fair. But it’s not. It’s a dog and it’s quite the athletic dog. It is a breed known for its athletic abilities and its desire to chase vermin, and it’s one that does make a good pet. That is, if you’ve ever heard of it and if you can find anyone who has ever bred one anywhere in the history of the planet. 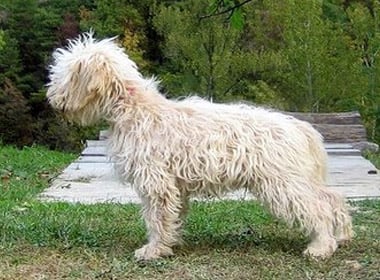 This is a dog that loves to truffle hunt, and it’s linked to the Italian area. But it does have a very unique look and it is not a breed you’ll see very often outside of this region. With its thick, curly hair and it’s adorable and unique look, however, it wouldn’t surprise me if this breed became a bit more popular over time and began showing up in various places across the world for others to call their own. 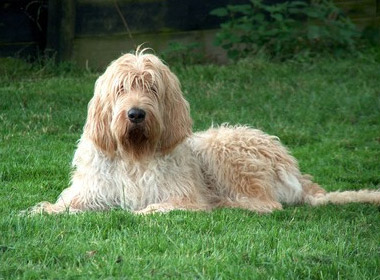 It’s got this name for a reason, and that reason is that this breed was practically made for the water. It has webbed feet that help it to swim. It also has a very thick and very durable coat. It’s great on land, too, and can run quite fast. But what people love about this dog, assuming they’ve heard of it, is that it’s a very friendly dog with a very outgoing personality and a very lovable nature. And isn’t that what everyone is looking for in a dog? 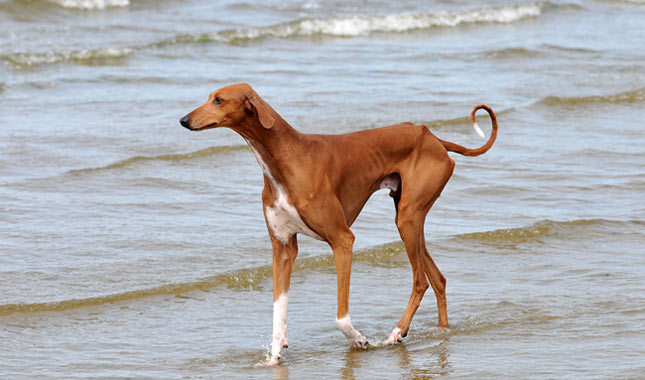 If you want an elegant dog, this is the one for you. This breed is tall and graceful, and it has looks that you just cannot beat. It’s been used to hunt, but it’s also a lovely dog to have in the home. It’s not one that is familiar everywhere, but when someone has heard of it, I can promise you that they’ve heard only good things about this particular breed.

20 Things You Didn’t Know about The Aussiepoo

20 Things You Didn’t Know About the Eurasier

20 Things You Didn’t Know About The Dachsador

What is National Black Dog Day?

10 Pet Apps Your Dog is Going To Love

Leukemia in Dogs: Causes and Treatments