For centuries, matchmakers have united strangers in love, but no one ever said both parties had to be human. At the ASPCA Adoption Center and on Mobile Adoption Vehicles, “Matchmakers” pair potential adopters with dogs and cats that best match their homes, preferences and lifestyles. But make no mistake – these connections are still all about love.

Dave Gentile of Woodside, Queens was is one of the ASPCA’s recent matchmaking clients. Dave was still mourning the loss of his dog, Otis, a large pit bull mix, when he came to the ASPCA Adoption Center looking for a new companion. Otis, who died in October at the age of 16, had been rescued from neglect by the ASPCA’s Humane Law Enforcement team, then adopted by Dave in 2012. “I’d had my bit of grieving time, and I still have another dog named Riley—a nine-year-old Beagle mix,” explains Dave. “So I’d been thinking about getting a new dog.”

Enter Eleni Papadatos, an ASPCA Matchmaker. She happened to know Dave and knew he had always loved and owned large dogs. “Dave would always ask me which dog was the ‘Best Boy,’” Eleni recalls. “The day Bones arrived, I told Dave that I felt he would love him.” Eleni showed Dave pictures and videos of Bones and described him as a “gentle giant.” When Dave came to the ASPCA in February, he instantly knew the 100-lb. brown and white dog was a perfect match and adopted Bones immediately.

Find Me A Find, Catch Me A Catch…

The ASPCA employs 14 individuals as Matchmakers, formerly called Client Service Representatives, and they do more than just process adoption paperwork and collect fees. “Our Matchmakers work directly with would-be adopters, introducing them to potential four-legged family members,” says Julia Umansky, Director of Admissions and Matchmaking at the Adoption Center. “They have hands-on experience getting to know the animals and are well prepared to identify good matches.”

Through seminars, role-playing, shadowing opportunities and hands-on training, ASPCA Matchmakers learn how to converse with visitors, stay abreast of research and best practices in the animal welfare field, gain a broader understanding of the ASPCA’s mission and programs, and learn how to care for and handle animals. “Matchmakers are ultimately resources for the public,” explains Joel Lopez, Vice President of the ASPCA Adoption Center. “And building relationships is a key component of their job. Matchmaking addresses the myriad of personalities within our animal population and highlights our efforts to value each individual cat and dog in our care.” Though the “Matchmaking” program kicked off in February, it represents only part of a philosophical shift at the ASPCA Animal Shelter that actually began in 2018.

“As the animal welfare industry evolves and expands, so should its practices and philosophies,” states Joel. “For example, the term ‘client’ is not how we view the families who visit us. They are our guests, champions, and our community.”

Each guest to the ASPCA completes a short Meet Your Match® survey which is reviewed by a Matchmaker who helps would-be adopters use their results to find a match. Matchmakers gain a sense of an adopter’s expectations through conversation, presenting animals and explaining how to prepare for, socialize and train a new pet. They also go over medical and behavioral care the animals have received and continue to need as well as provide information about the animal’s prior home, if known, and about their stay at ASPCA.

“Matchmakers help match adopter expectations and set up adopters and pets for success,” explains Julia. Behind the scenes, Matchmakers coach and supervise new Matchmakers and volunteers in the use of the Meet Your Match® survey and adoption process. They provide high quality adoption follow-up support via phone and email and prepare animals for foster care and return. They also counsel pet owners who have made the difficult decision to surrender cats or dogs.

In all, Matchmakers provide care for upward of 5,000 at-risk pets annually and are included in every facet of an animal’s experience at the Adoption Center. “They’re often the friendly faces an animal sees as it enters the ASPCA, they’re involved in the care of animals during their time at the adoption center, and they’re directly responsible for each positive outcome,” Joel says. Kimberley Koenig, an ASPCA Matchmaker, says that caring for the animals so closely on a daily basis can foster strong attachments, which incentivizes Matchmakers to find animals the best home possible.

After Bones’ adoption, Dave shared photos and videos of Bones with Eleni, and it was clear that Bones was as happy and content as Dave was. “It seemed that Bones knew he’d found his home,” Eleni says. “He made himself comfortable.” “He’s the most dog-like dog I’ve ever had,” says Dave, who describes Bones as ‘a comic book dog—like a goofy Scooby-Doo or Marmaduke.’”
“When he’s ready to go out, he gets my shoes and stands by the door,” says Dave, who has a graduate degree in journalism from CUNY and works in communications. “He likes to play fetch, eats my shoes, and can fit anything in his mouth.”

But while Bones is large in stature, “he’s a cuddler for most part,” says Dave, who bought a king-size bed and cedes half of his couch to Bones. The pair spend a good two hours a day at a local dog park playing fetch. Dave also works with a trainer who was referred to him by a veterinarian friend. “Bones is really smart,” he says. “He doesn’t always understand his own strength, but he’s made me a better dog owner.” For ASPCA Matchmakers, this kind of success story isn’t new, but is always welcome. “Bones went full circle—from rescue to care to a great placement,” says Kimberley. “We’re just thrilled that Dave is as right for Bones as Bones is for Dave.” 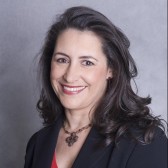