Zoey and Jasper are sister and brother: she’s a 7-year-old rescue mutt from Taiwan and he’s a 10-month-old Chinese-Korean mutt from Los Angeles. While they may not be of the same species, they share the same mom: Grace, a commercial photographer specializing in animals, lifestyle images, and celebrities with their pets. Dressing up her two “babies” in identical clothing and photographing the two cuties for their Zoey and Jasper Tumblr, their photoshoot is sweeping the nation – just by looking at a photo or two will surely show you why! 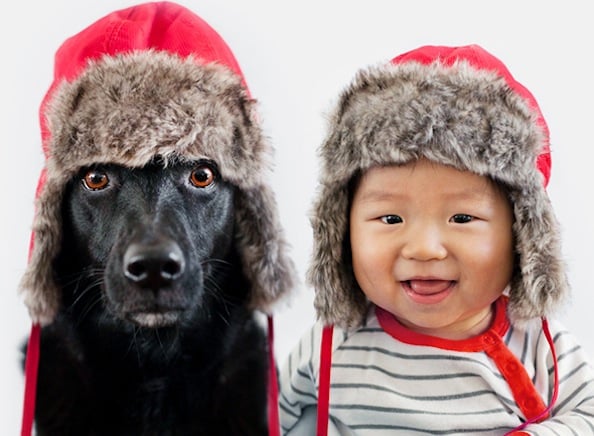 Grace recently posted about a woman who had emailed her saying her friend knew her rescue dog Zoey in Taiwan when she was a baby – Zoey had come to the States when she was 4.5 months old. Apparently the woman, named Joy, was the canine’s foster mom and a volunteer with Animal Rescue Team. Zoey and her siblings were born and almost immediately washed to the gutter overseas. Joy was the volunteer who found foster parents for all five of Zoey’s siblings and decided to care for her herself since she was the runt as well as the sickliest. She fell in love with the dog and would have kept her, if she wasn’t moving to China for a new job.

Joy said all she knew of Zoey was that a Korean girl in Los Angeles had adopted her and has been waiting for seven years to hear more about the dog she fell in love with. As soon as Zoey and Jasper’s photos made the rounds on the Internet, Joy came across them in China and had a hunch that the dog in the pictures was the same one she had nursed to health in Taiwan – she was right. She sent photos to Grace of the first night with Zoey in her apartment to the last one she took before the dog boarded the plane to L.A. It was a good catch up for both parties, and definitely a story to remember! 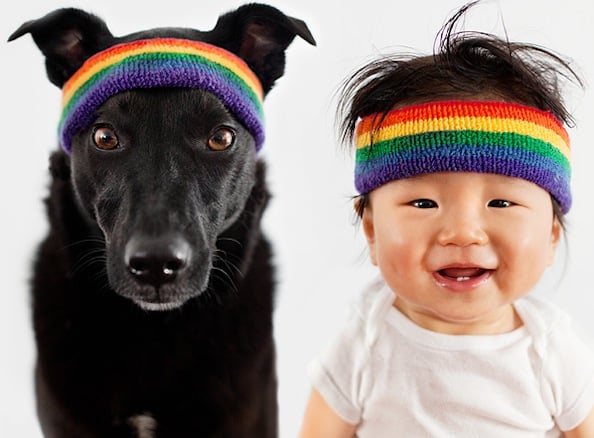 Images via Zoey and Jasper Tumblr

Patty is a Los Angeles-based entertainment journalist and self-proclaimed pop culture junkie. She was previously an editor at Buzznet and lives and breathes entertainment. When she's not writing, you can catch her sitting in the middle of a dark theater catching the latest flick, whipping up tasty treats or snuggling with her pug, Romeo.