Meet Lucy. She was ready to die at a kill shelter in Miami when she was rescued by the Dog Tales Rescue and Sanctuary. She was scheduled to see her last day on earth after a long life of neglect, abuse and just overall sadness, but she was given a second chance and could not be more appreciative of that. The shelter decided that for some reason, Lucy was not adoptable. That means that they put her on a list to euthanize her so that they could clear out some space for adoptable dogs that have a chance of finding a forever home. This sweet dog was unadoptable because her life was rough and she needed some help and rehabilitation. She was emaciated. Skinny, sick and she was uncared for.

She had fleas, and ticks, and heartworm, and cancer, and she had hookworm, and she had whipworm, and she had so many more issues. She was a dog very close to death already, but someone decided she needed another chance at life. Now that the rescue is involved, Lucy has made a dramatic transformation. She’s put on weight, she’s free of all her ticks and bugs, and she’s a much healthier and happier dog. The best news is that a family came to the rescue when she got better, and they fell in love with her. Now this very sick dog has a life of her own, a family who loves her, and a brighter future than ever before. What a story. 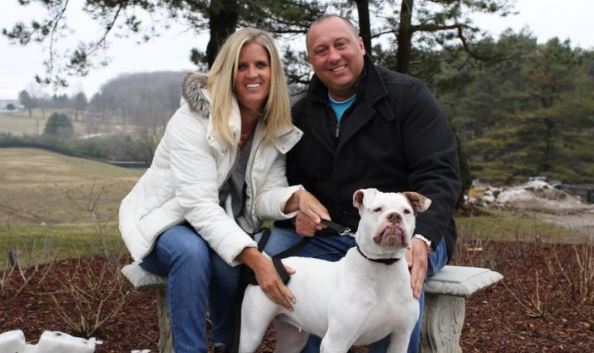