Bella is an 11-year-old girl with a mobility issue that affects the way that she grows and gets around. Diagnosed with Morquio syndrome when she was only two, her parents have spent much of Bella’s young life working with her and standing by her side as she goes through major surgeries to help her get around and to work with her health. To date, she’s had nine major surgeries, including a full reconstruction of her hips. 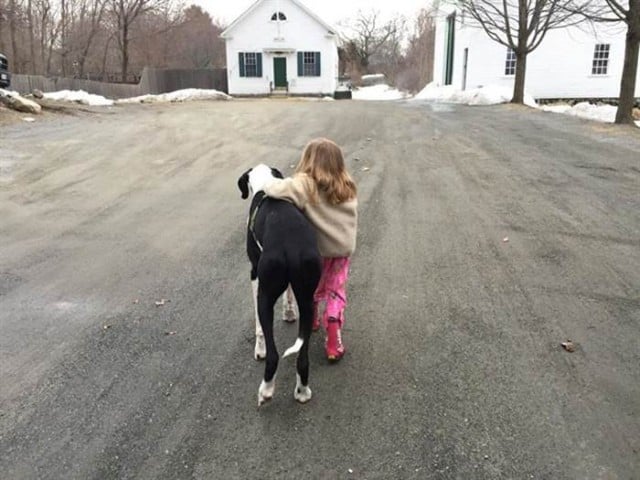 They were not in the market for a dog, but when they heard of a local rescue that trains Great Danes to work with people who have mobility issues, they decided to take Bella to visit. She and George hit it off instantly, and they made the decision to bring him home for a few weekends at a time before he was donated to them. It wasn’t long before Bella ditched her crutches and began walking on her own with the help of her dog. He is the perfect height to provide her with some balance when she walks, and the two go everywhere together. It’s a match made in Heaven, and it is one that has allowed these two to make serious progress as far as Bella’s health is concerned. Her parents are thrilled that they happened upon this rescue, and that their daughter was given such a wonderful companion to help.