Hampshire County, United Kingdom police are looking for any information from anyone with any knowledge of who might have abandoned 9 dogs that were severely neglected; a mother and her 8 1-year-old pups. When a local man was taking a walk, he happened to notice that there was a pile of dirty rags on the ground. Not thinking too much of it, he continued. Imagine his shock when the pile of rags moved. That’s when he realized that it was sheep, based on the fact that the filth was so matted. 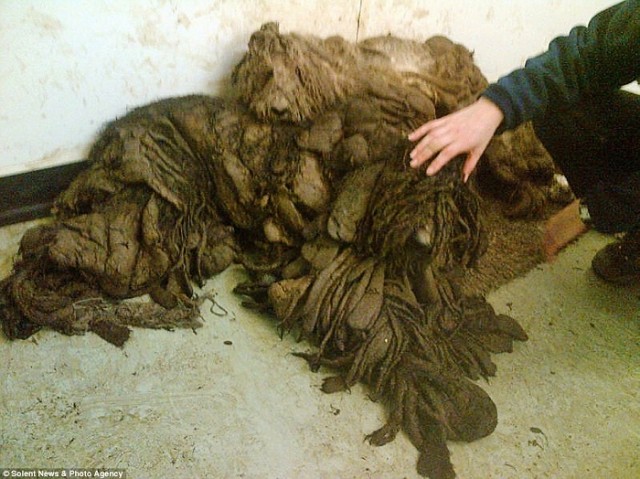 However, it wasn’t a pile of sheep, either. It was actually a pile of dogs with hair so long and so matted and so dirty that they looked like this. It was 9 dogs in all; a mother and her 8 puppies. Saddened by the state of these animals, the fact that anyone would allow an animal to make it to this condition, he called the local RSPCA and they came to save the dogs. 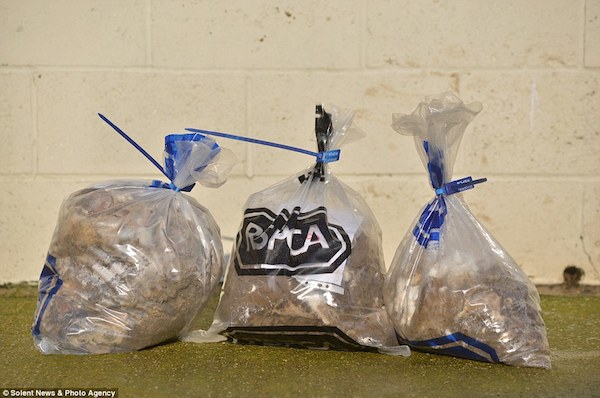 It took the RSPCA more than 3 hours per dog to get all the hair off, and they were able to fill these three bags with all the matted, nasty hair that the dogs had all over their bodies. They’d clearly been abused, neglected and even beaten at some point, and someone left them to die in this condition. Police are looking for any leads anyone might have about these newly beautiful dogs. 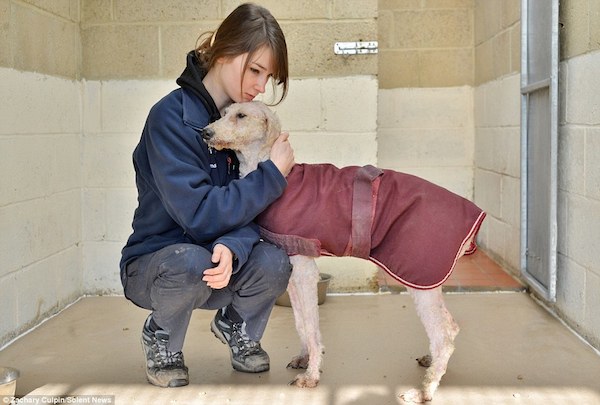 Shaved and much healthier, each of the dogs is now working to recover regrow some hair and get cleaned up. It’s going to take a while for them to look like normal dogs again, but they will get there and then they will each need a loving home of their own. 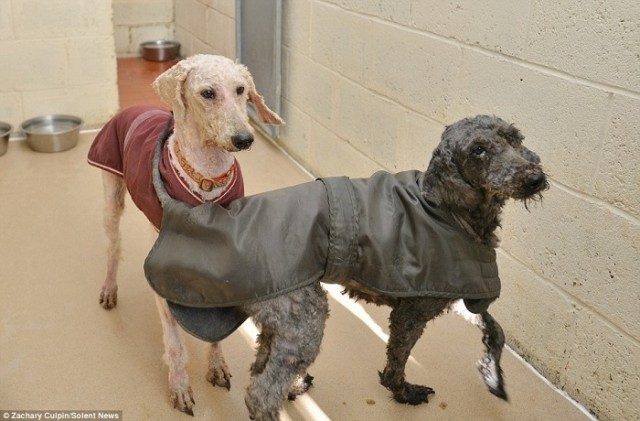 If you know anything about these dogs, contact the county police department. Someone should pay for what was done to this family of dogs and the mistreatment they each endured.