Home
Dog News
Incredible Story Of One Man Who Saves Over 30,000 Dogs From Kill Shelters
Prev Article Next Article

It was more than ten years ago that Greg Mahle was going through something in his life. He and his mother had five family-run restaurants, and the last one had closed its doors. And you know the saying when one door closes another door opens. That’s when Greg’s sister called. She worked for a dog rescue that picks up dogs from the south and delivers them around the country to meet with their new families. One of the women working for her was in Greg’s area of Ohio battling a severe snowstorm and having difficulty getting to the east coast to deliver some rescue dogs to their new families. Greg drove her to Connecticut with all the dogs in tow by himself, and Rescue Road Trips was born.

It was then that Greg decided he knew what he was meant to do in life; rescue dogs and take them to their new families. Now he spends every other week on the road, picking up dogs in the south and driving them to their new homes in the northeast. He’s been doing it well over a decade and he has now saved approximately 30,000 dogs. The concept is very simple; he loads up his big rig, drives to Texas, Louisiana and Mississippi from Ohio. He picks up around 80 dogs on each trip and meets with their new families in parking lots and other public places in the northeast. He documents all of his trips and takes photos of all the families he meets with their new adopted dogs. The work does not pay much, but it gives him the kind of happiness and satisfaction nothing else could quite do. 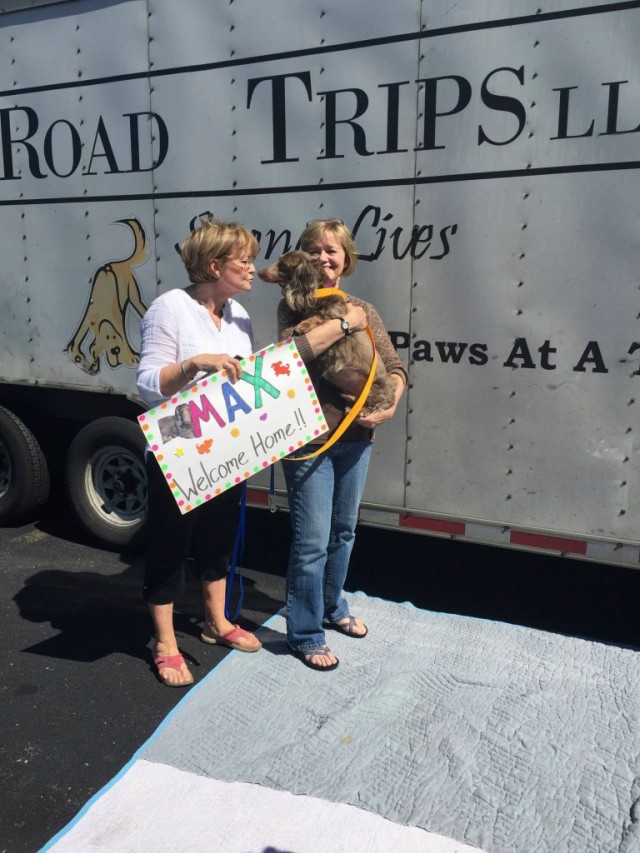 Now Greg is the subject of a new book being released on October 6, “Rescue Road: One Man, Thirty Thousand Dogs, and a Million Miles on the Last Hope Highway,” by Peter Zheutlin, who wrote the book after meeting Greg when he and his wife adopted their own dog and Greg delivered him. He rode along with Greg, got to know him, wrote an article about him and it’s turned into a book. Of course, his story is just amazing.