Home
Dog News
Monster Owner Wanted Him Euthanized, And The Reason Will Infuriate You
Prev Article Next Article

Euthanasia is a word that most pet lovers and owners don’t like to hear.  Anyone who love and really care for their pets will do anything to keep their beloved pet from being put down.  This method is commonly use as the last resort for animals that has some kind of incurable disease and are in a lot of pain.  Most pet owners who considered the method believed that it is a way to put their pet out of misery.  But a dog owner in New York didn’t understand what Euthanasia is all about. 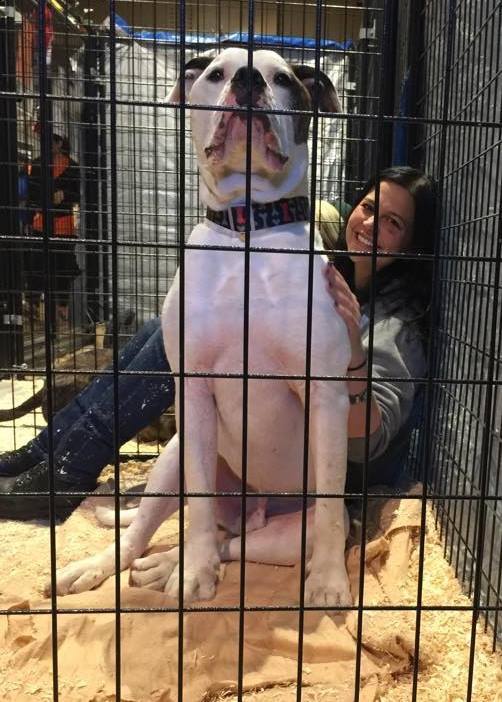 In the morning of February 25, 2015, a man brought his dog to a Hempstead Animal Shelter in New York and surrendered the animal.  Everything seems to be normal until the man told the staff why he wants to get rid of his pup.  According to reports, the man wanted to get rid of his 6 years old American Pit bull named Monte because of his size.  The adorable pup was 99 lbs. at the time.  In addition, the pup’s owner also requested that Monte be euthanized.  The staff were stunned by the owner’s odd request especially after the pup was checked by a vet and discovered that Monte is a gentle and friendly dog.  Apparently, there’s nothing wrong with Monte.  We think that his heartless owner just got tired of taking care of him.

Hempstead Animal Shelter noted that Monte is not just a well-behaved dog, he is also “house trained, crate trained and knows the basic commands sit and down.”  The sweet pup is also a big fan of music.  So regardless of what Monte’s previous owner said, the shelter is going to help him find a home with loving and caring people.  If you or someone you know is interested in giving this adorable dog a home, and lives in Wantagh, New York area, please check out the shelter’s website for more information http://www.toh.li/animal-shelter.  We hope that Monte will find his forever home soon.  As for his previous owner, we hope that he won’t ever have another dog because what he did to Monte is just ridiculous.