When Mel’s Dad met him at the Yonkers Animal Shelter a long time ago, he knew that the pit bull was the dog for him. It did not matter to him that Mel suffers from an incurable neurological disease that does not allow him to walk on his own. What he suffers from is an issue that affects the dog’s balance, making it difficult for him to stay upright, walk straight and get around on his own. That didn’t matter to Mel’s dad, though. He decided that he and the beautiful pit bull would make a lovely family. He adopted the dog, he found the dog a wheelchair to help him get around, and now the animals are living the dream and loving their lives.

Mel is now 8, and he is not at all upset with his life. He doesn’t have to live in a shelter anymore. He doesn’t have to find a way to drag his body around when he wants to go anywhere, either. Instead, the beautiful dog is traveling the world with his owner; he is a photographer who gets to travel to some of the most beautiful places and take the most beautiful photos. Mel is often the model for his dad’s photographs, too, and that makes it even more appropriate. Not only do his photos show us what a pretty dog he is, they show us just how well this dog is doing thanks to endless love and a happy home to call his own. 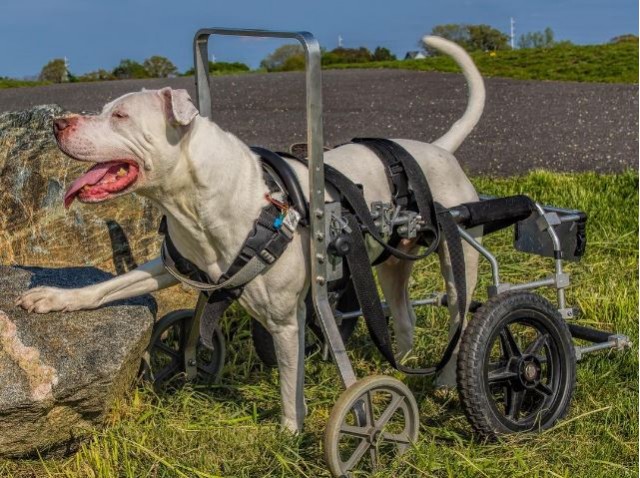 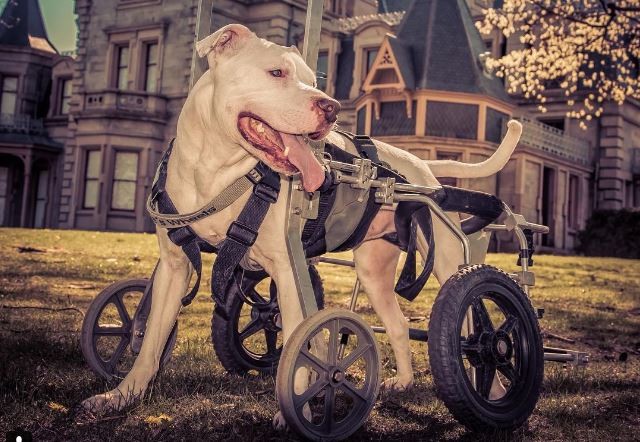