Meet Diesel, a dog that made the ultimate sacrifice after he saved the lives of many police officers working tirelessly to take down the masterminds and the terrorists behind the recent terrorist attacks in Paris. Diesel was sent inside of a building ahead of his team, who had tracked down a potential terrorist in the building, to assess the situation. It turns out there was a terrorist in the building. When she saw the dog come in to assess the situation, she detonated her bomb. She killed herself and Diesel.

This 7-year-old police dog lost his life because of a cowardly terrorist, but by doing his job he was able to save the lives of the men and women of the police force. His life and his sacrifice were not in vain. 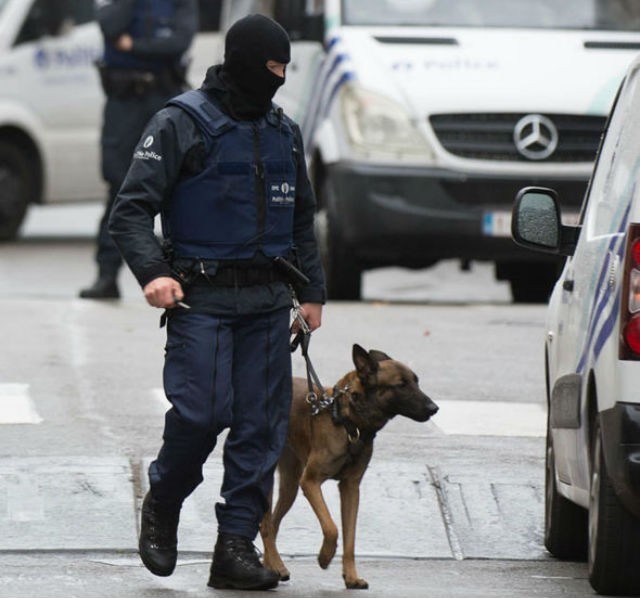 It is because of Diesel that dozens of men and women are able to go home to their families tonight; to their kids and their spouses. It is because of this dog that dozens of men and women and children will not spend the holidays mourning the loss of their mother/father/brother/sister/grandparent/friend. Diesel lost his life in the line of duty, and he is not a dog that will ever be forgotten. Shortly after his death, a tweet was sent out to honor him and it has since been shared and retweeted across the world in remembrance. His death is just as important to the world as the men and women who lost their lives in these senseless and horrific attacks last week.

Diesel will not soon be forgotten. He will be remembered forever as a hero who saved countless lives and took down a suicide bomber with fewer casualties than she likely thought she might cause. Five officers were injured in the blast, but they will be fine thanks to the fact that Diesel saved their lives.