Police officers are being killed and hated and treated poorly right now, and it’s disgusting. These men and women put their lives on the line every single day to do the rest of us the grand favor of keeping up alive and keeping the streets as safe as possible for our own children, and respect is what they deserve. If these men and women were your sons and daughters, you’d feel the same way that those of us who have a deep respect and understanding of the law understand. This is especially true of Cleveland police officer John Lyons, who does more than what’s in his job description. 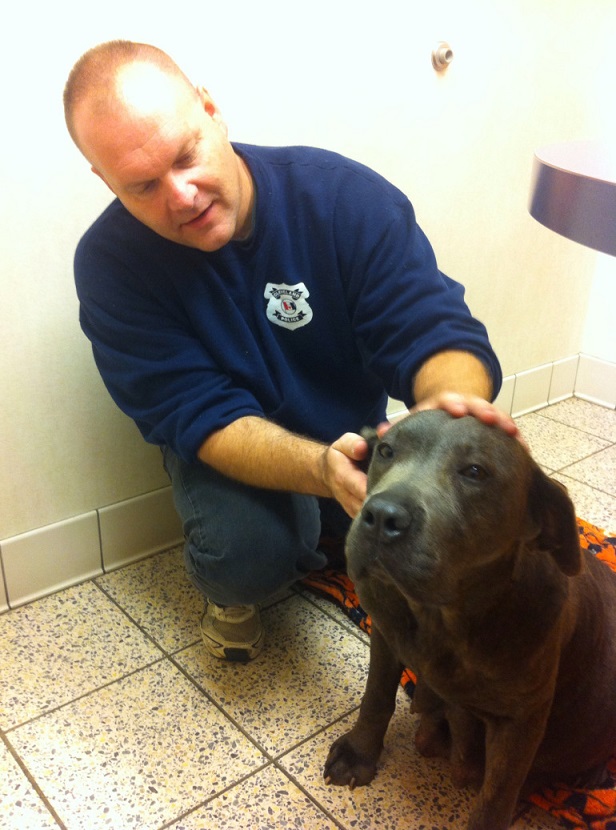 One night while patrolling the streets of Cleveland to keep them safe, he came across a large dog. This particular dog, named Clarice, was pregnant. The mastiff was all alone and clearly living on the street, so Officer Lyons called a local rescue and asked if they could keep the dog. After the dog was taken to the vet, the shelter needed a foster home, so Officer Lyons stepped up and took the large and very pregnant dog home with him. 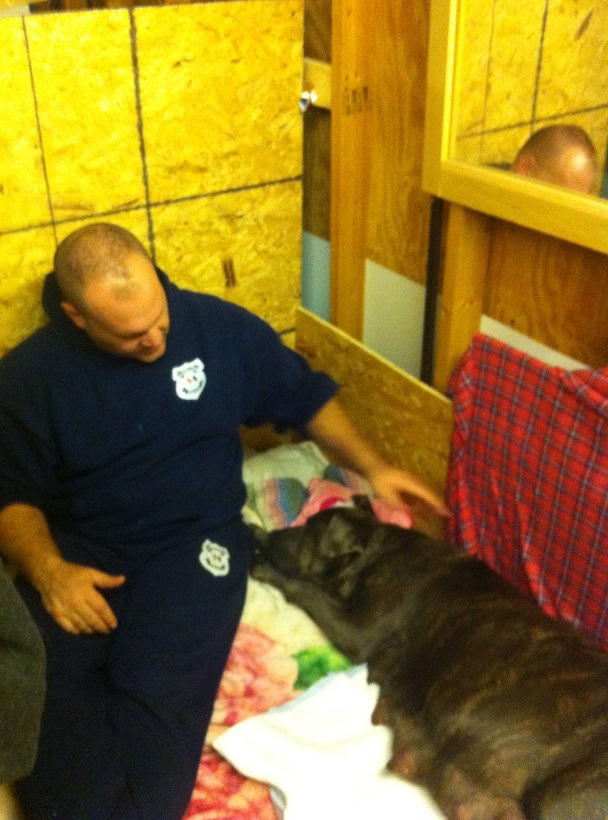 He and his wife then helped Clarice as they delivered their babies. They even kept all the dogs in their home with their own family until they were adopted out into good, loving homes. This is just one act of kindness that Officer Lyons has portrayed throughout his life, as Clarice is not the only animal he has come to the rescue for. 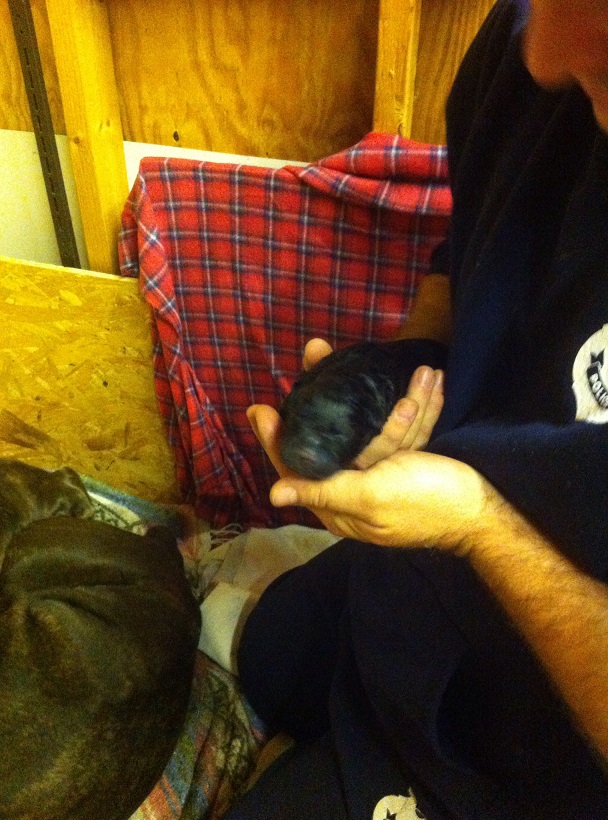 He’s a police officer not only dedicated to keeping the streets safe, but also keeping animals off the streets and in good, loving homes. Here’s to Officer Lyons and his calm, collected, cool manner as well as his very big, caring heart. The world needs more of you.