Sometimes we her rescue stories and they warm our hearts. Sometimes we hear rescue stories and they awe us for the amount of effort put in by the rescue workers. In this case, we are feeling an equal amount of both of those. It is one thing to rescue a dog and bring it to a local animal hospital or shelter. It is another thing entirely to rescue a dog and then bring from one Country to another. For Sandy, the bow legged rescue, that is just what was done. 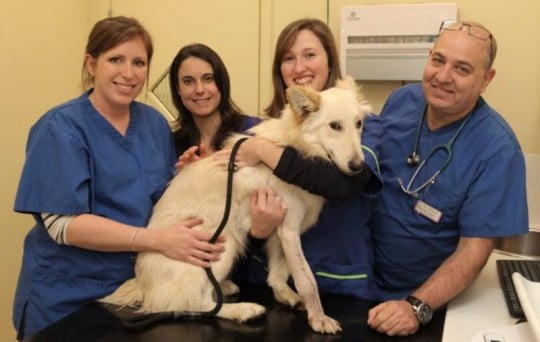 So Mutts in Distress heard about Sandy’s bow legged condition, and they all immediately fell in love with the dog. They knew its condition made it very hard to walk or run, and they decided to do something about it. Though they knew it would cost a great deal, they flew Sandy from Greece (where she had been abandoned as a pup) to England so they could do surgeries and try to help the dog. Just like in any great dog story, they all fell in love with Sandy and her great disposition, despite what she had been through. 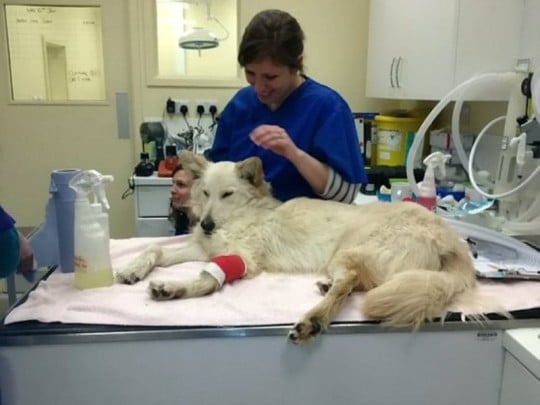 The first surgery they did went over great. Sandy got a straight leg! Sadly, the second did not go quite as well. But Sandy is a fighter, and just needs a few months of physiotherapy and some love and healing, which is just what they are giving her right now. But take a moment to think how Sandy, the bow legged rescue’s life COULD have gone had Mutts in Distress not stepped in when they did and flown they dog to England to try to take care of it and get it the corrective surgeries it needs? You are talking about a dog being given a second lease ( or should we say leash) on life. Another opportunity to be loved and grow up cared for and happy. When it comes to dogs. Could there be a happier ending? 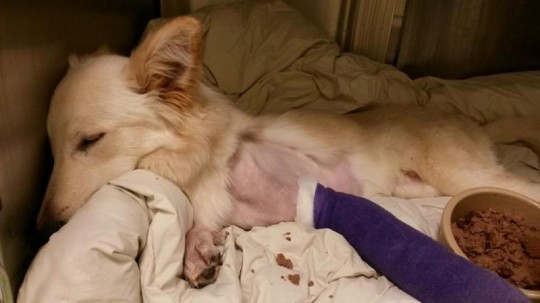 We don’t think so. 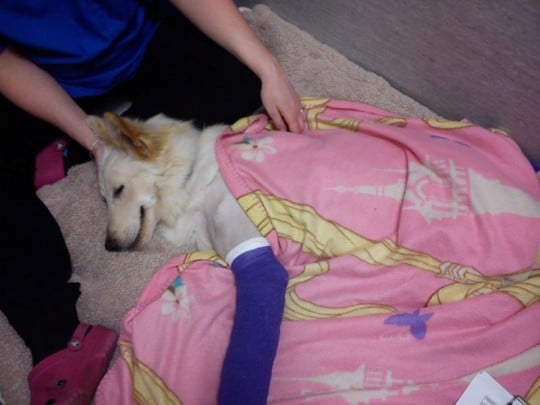