That Santa; making dreams come true all the time. When the Barger family recently lost their beloved dog, the kids in the family felt it was very difficult to say goodbye to their longtime friend. Around their entire lives, the idea that their dog was now in Heaven was too sad and too difficult for these kids to comprehend, and they just miss their dog. They found it very difficult to move on from the loss, and that’s when Santa stepped in. The jolly old fella left these kids a sweet letter offering them a bit of an early Christmas gift, if only they go to the address on the letter and follow the red dots on the floor. They were very excited to do just that.

What they found when they arrived at the address was an animal shelter. The dots led them into a room at the shelter where they saw a beautiful rescue dog by the name of Athena. This dog was their new gift! This family who loves their new dog so much has saved a life with the help of Santa, and they could not be happier about it. This is a dog who now has a forever home, and this is also a dog who has provided healing and comfort for two kids who are heartbroken that their dog passed away not too long ago. I think it’s safe to say that in this story, several lives were saved. Santa did something pretty special for this family, and these kids are not going to forget that anytime soon. I wonder what he will bring to them next year, though, and how he plans on topping a gift as wonderful as this one. That’s something for Santa to think about; he’s got less than a year to do it. 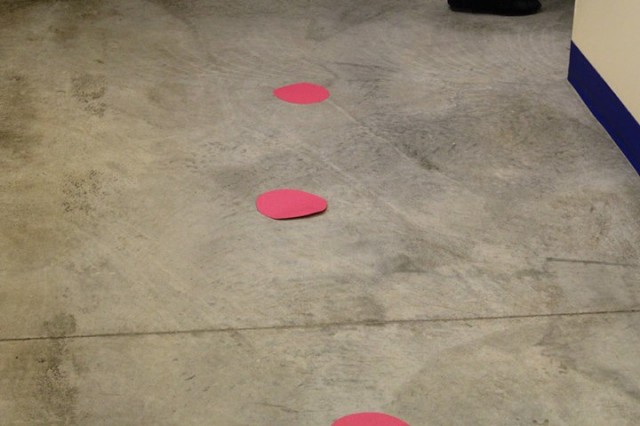