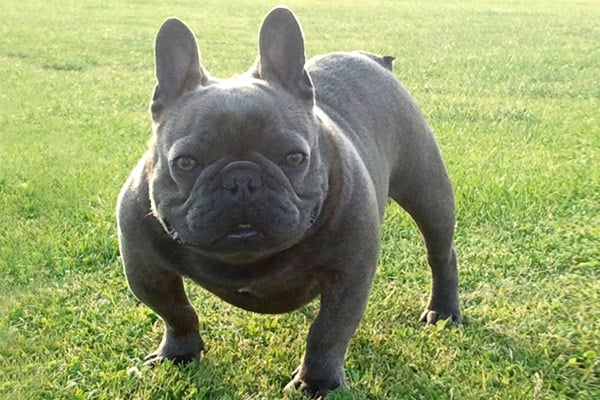 French Bulldogs are a small breed of dog that are so ugly they are cute. There very unique look with the mushed face, short, bowed legs, tons of wrinkles and pointy ears, make this dog almost irresistible. Although they are small, and actually considered to be a toy breed of dog, they are stout and muscular. They look they could be tough and very outdoorsy, but don’t be fooled, they are not all that they may seem to be. One breed of the French Bulldog, is the Blue version, which is basically the very same dog, only with a blueish hue to the color of its fur. It is not as common of a dog as the typical Frenchie, but it is one that is growing in popularity. If you are considering getting a Blue French Bulldog, you will want to read-up on the breed to learn more about it and see if it is a good match for you and your family. Here are ten things you didn’t know about the Blue French Bulldog.

England lace makers and breeders wanted to scale down the bulldog so they began to breed the Bulldog to be smaller and friendlier, and their idea worked well. The French gained knowledge of this idea and began to do the same thing and eventually the name for the French Bulldog stuck, Since then, that is what this smaller breed has been known as.

Despite the appearance of this stalky little dogs and their rugged appearance, these little guys do not do well outdoors. These are indoor dogs who prefer to be inside with their family. They are prone to overheating and getting too cold, for one, due to their smashed face and noses, which does not allow for them to breathe as well as other breeds, and cannot cool off or get heated properly to be outdoor dogs. They also have other health issues that prevent them from being outside too much, so owners should never leave their little Blue French Bulldog outside in a fenced in yard or otherwise.

Blue French Bulldogs love their families. They love to spend time with you and all family members, chilling on the couch, following you around the house, and just being close. They are attention hogs and need human contact and companionship much more than some breeds. If you have long working hours or other reasons why you would need to leave your furry friend alone for hours on end, this may not be a good breed for you. They crave your affection, which many people look for this quality in a dog, so if that is a quality you want in a pet, you’ll find it in this breed.

4. Have a lot of health issues

Blue French Bulldogs have allergies and are prone to many other health issues that even the typical French Bulldog does not. They are prone to neck and back issues due to the short legs and curvature of their back. This breed can have skin allergies or food allergies, or even other allergic problems that most breeds don’t have to contend with. They will require good vet care in order to keep them in good health, as well as food monitoring or special diet, and possibly regular skin care for skin allergies.

5. They are not recognized as their own breed

The AKC does not recognize the Blue French Bulldog as its own breed, which is why they are not able to participate in dog shows or competitive events as a breed of dog. They French Bulldog must be of a typical color and not Blue in color in order to show in the dog shows. It is only due to their coloring, that they are not accepted into the registry, and this is because they are viewed as having a genetic defect in their coloring, but this is not the case.

The Blue French Bulldog is not a rough and tumble kind of dog. They are not a breed that likes to get out and play hard and get dirty, like so many other kinds of breeds. They are actually a clean, and almost prissy kind of dog that prefers the indoors where they won’t have to worry about mud on their feet, or a dirty coat. This is not only another reason why they are considered indoor dogs, but it is one of the benefits of this breed – you don’t have to do a lot of grooming with the Blue French Bulldog.

7. Not an active dog

If a lapdog or couch potato is what you want in a dog, this is the breed for you. The Blue French Bulldog is quite lazy and does not care to get out and run and play. They are extremely content in lying around and not doing much more than keeping you company. They are also not prone to obesity or getting overweight because they do not tend to overeat, so if all you want to have to do is take your pet for a short walk for fun, or to use the bathroom, that is exactly what you get with this breed.

Some people like to have a dog that can jump in a pool or lake and swim with them, or play near the water. This is not a good swimming breed, and it is thought that they do not do well in the water due to their short, stubby legs. If you own a Blue French Bulldog, you will want to take extra precaution for your pet around water to protect him. Owners of Blue French Bulldogs who are around water should invest in a lifejacket for their pet to be safe.

You ca look at this breed and see they have big heads, which means it can be hard and very painful on the females to give birth to their puppies naturally. Breeders of this dog will typically schedule C-sections for their pregnant females in order to protect them from sustaining damage to their bodies during the birthing process.

Some breeds will cost more than others, not only to buy, but to take care of, and this is a breed that is more expensive than most. Blue French Bulldogs cost more than the average Bulldog because they are rare. They main difference in the breeds is the color of their coat, but the rarity makes them worth more. They will also cost more to keep due to all the health issues they’ll encounter. You will want to be prepared to have to pay for multiple trips to the vet for allergy problems. They also are prone to neck and back problems due to their short legs, and can get injured easily for the same reasons; jumping, running and other activities, can cause injuries that require vet care. 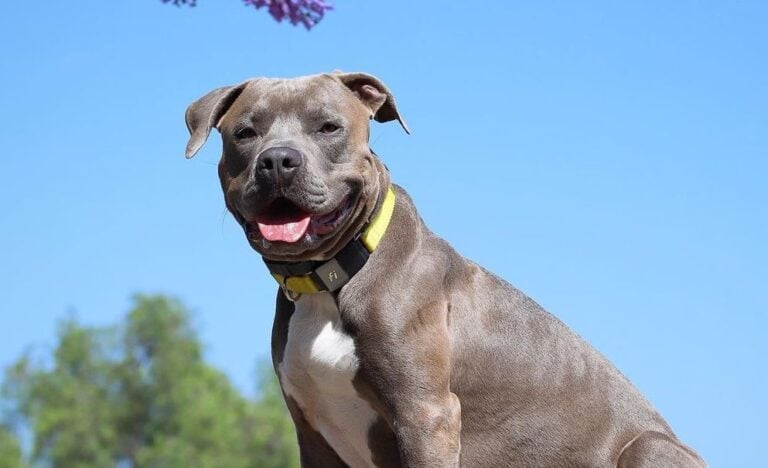 Pitbulls often get a bad reputation for being scary, aggressive,… 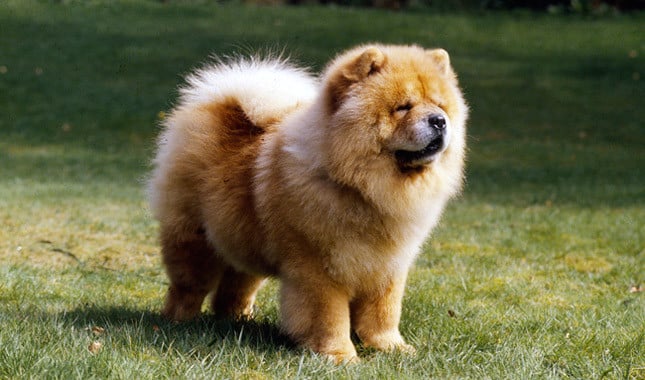 We could guarantee that the majority of homes in the…

Many people that are new to dog ownership often don’t…

Labradoodles are not dogs that are purebred. They were created… 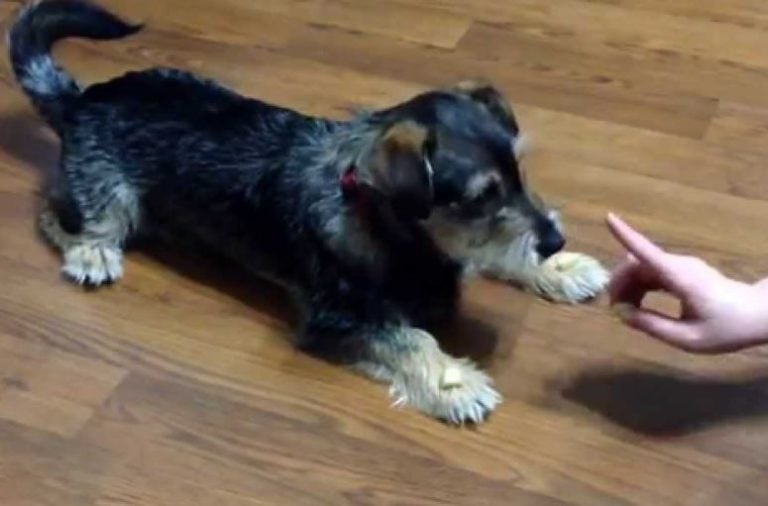 A hybrid cross of the Minature Schnauzer and the Daschund,…

Boston terrier and French bulldog are close cousins.  They both…