Stray dogs showed up at a funeral of a Mexican woman who used to feed them.  Margarita Suarez of Yucatan, Mexico is an animal lover who was known for her kindness to stray animals.  In fact, during her life she used to feed stray dogs and cats that would show up at her house every morning.  Earlier this month, Margarita died after battling an illness. According to Misiones Online, Margarita also used to take a bag full of food with her so she could give other stray animals that she met along the way.

The family members of Margarita were surprised when the dogs showed up unexpectedly at the funeral home where her body was kept.  The funeral home workers were also stunned with the presence of the canines and stated that they haven’t seen the animals before.  But after realizing that the canines were there to pay their last respects to the good Samaritan and their friend, the staff let them in and they laid quietly on the floor close to the coffin of Margarita. 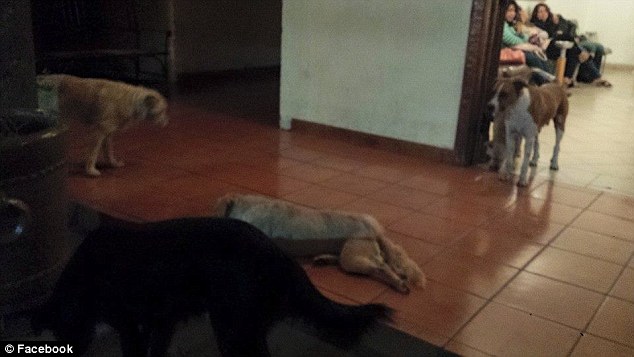 On March 15, the day of Margarita’s funeral, the dogs reportedly formed a procession behind the hearse and returned to the funeral home.  The pups didn’t leave until Margarita’s body was being prepared for cremation.  Margarita’s daughter Patricia Urrutia said, “In pain, they jumped for joy, it was wonderful.” Patricia believes that the dogs were there to say goodbye to her mother, the person who has been really good to them.

This story is very moving.  The dogs were sad because they lost a very good friend of theirs and they paid their respects to Margarita by showing up and staying at the funeral home until her body was being prepared to be cremated.  In this story we learned that when you show animals that you love and care for them, they will love you back just as much and maybe more.

Margarita was a loving and caring person who dedicated her life to helping and feeding the stray animals.  I hope that there will be more kindhearted people like her that would carry her kindness and passion to help and feed stray animals.   RIP Margarita.