We brought you the story of Remi, a dog a couple of teens found on the side of the road in Pennsylvania left for dead just a few days ago. The dog was on the side of the road, badly injured and it was initially thought that the pit bull was used in a dog fighting ring and was given up and abandoned to die because of his injuries or his inability to continue fighting. Well, now we bring you an update on Remi, whose name was not known at the time we initially told you about this sad and abandoned pit bull.

When two teenage girls found the dog on the side of the road, they immediately called 911 and animal control was sent out. Russ Harper from Animal Control showed up on the scene. The dog’s body temperature was so low that it didn’t register, and he thought that the dog was already dead. Covered in bite marks and badly abused, he didn’t think that this pit bull would survive once he realized that he was still barely hanging on. 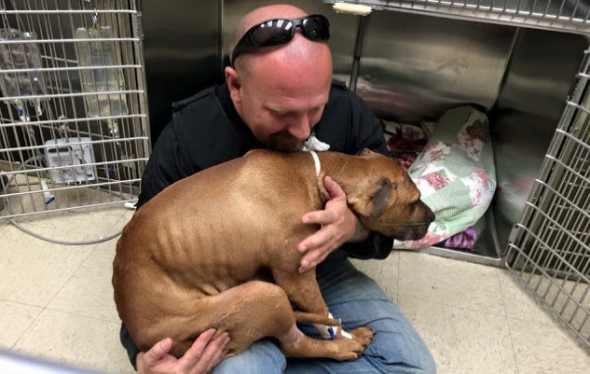 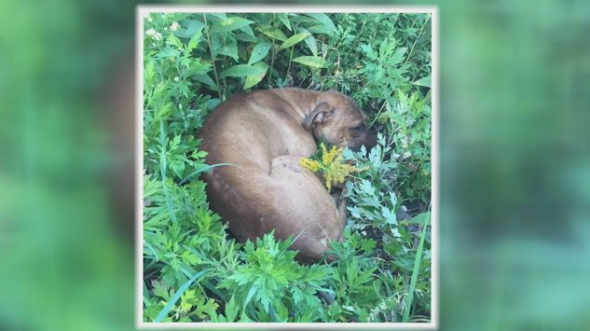 Once the veterinarian handling Remi was able to get some information on the dog, it was announced that he was used as bait in a dog fight, probably his entire life. The dog was so badly wounded he could not even stand on his own, he was 15 pounds underweight and he was fighting both external and internal injuries. Sweet and loving, he is making progress. Despite the fact that his bodily injuries show evidence that the dog has been a part of a dog fighting ring his entire life, he is really enjoying loving human interaction and is expected to make a full recovery over the course of the next few weeks. Authorities are offering a $2,500 reward for information about his former owners. 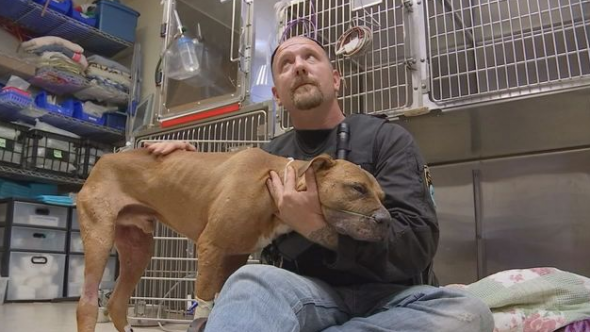