Home
Dog News
Tiny Dog Waits Patiently to be Adopted: See Where He Ends Up!
Prev Article Next Article

They’ve been abused, neglected, abandoned, homeless and treated poorly. Some have been in shelters for months, some for years. All the animals in a shelter are just waiting impatiently for someone they can love, someone to love them in return. That’s how Winston felt. Winston is a two-year-old chihuahua mix, and he’s cute. He was abandoned at an LA animal rescue a while ago, and the people at the shelter knew they had to do something to get this little dog adopted quickly. They thought that his best chance was a foster care home in New York. 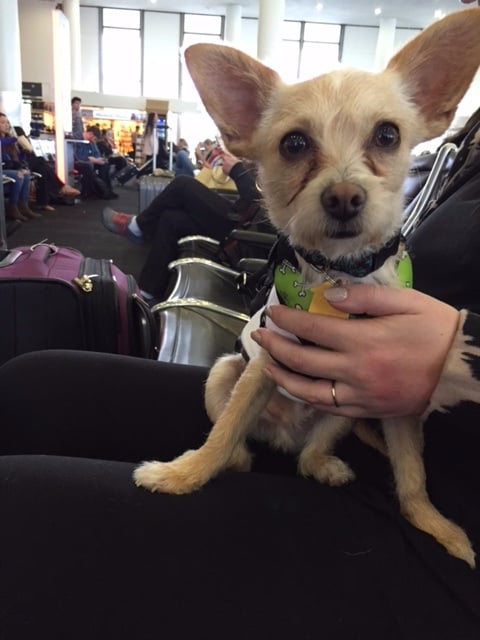 Why New York? We don’t know for certain, but it could be because there is a rescue on the east coast that works very hard to get animals adopted quickly, and small dogs are popular in NYC where apartments are small and yard space is almost nonexistent. Regardless, Winston and his petsitter hopped a flight from LA to NYC, where he was fostered for a few days by a lovely woman who was able to find him a home with a woman and her daughter. They had recently lost their dog of more than 15 years, and they were heartbroken. That’s when they saw Winston and knew; he was their pet. They say that Winston really adopted them, and that he’s changed their lives for the better since he’s been in their home. What a happy ending.