Fifty is the famous pit bull with only two legs. He was made kind of famous thanks to his mother’s insistence that his Facebook page was used to track his daily progress when she adopted him a few years ago, and it’s worked out well for the dog and his doggie mom.

These two have been living their own version of happily ever after for years. Sadly, Fifty has some haters out there in the world (I mean, really…how can you hate a dog like this or a woman who wants to care for him?) that feel he should have been put down years ago rather than allowed to live with only two legs. Well, they can take a hike. 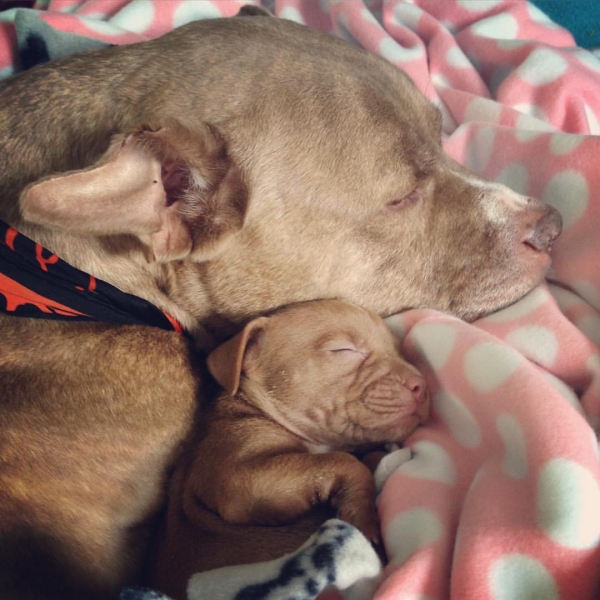 Fifty is a happy dog, and now she has a friend of his own. He lost his legs a long time ago when a police officer shot him – not for a good reason; because he is a pit bull. He was able to survive the shots, but he lost two legs and has been living life a little differently ever since his mother, Kelly, decided she would give him a home of his own. Fifty is now living the life with his very own mini-me, a tiny little puppy that was abandoned and in need of a home. This little dog, Jane, looks like Fifty and wants nothing more than to spend all her time with her new big brother. There is a 10 year age difference between the two, but that does not stop them from becoming the best of friends, very happy to be with one another.