When Danielle Cole’s husband was out and about one day, he witnessed a car throw a puppy out the door in the middle of nowhere. He was infuriated and immediately stopped his car to help the darling puppy. It was terrified, however, and the little dog ran off into the woods to hide. He looked for the dog and could not find it. When he came home and told his wife what happened, the two got back into the car and went back to the dumping spot to rescue the dog. They did not find him that night, either, but they did not give up. They came back in the morning with treats and their dog, and could not find him. They tried again later with another group of people who had also stopped to help. With the help of a very kind little boy, they were able to get the dog to come out of the woods and they took him home.

That’s when Danielle made her anger apparent on Facebook in hopes that whomever it was that abandoned this sweet dog would know how much she is disgusted by them. In her note, she called the dog’s previous owners dirt bags and explained to them all that happened when they threw him out of the car and left him there to die. The sweet dog is now safe and happy, and he is going to have a very loving home with a family who will never throw him out of a car window or door on the side of the road ever again. 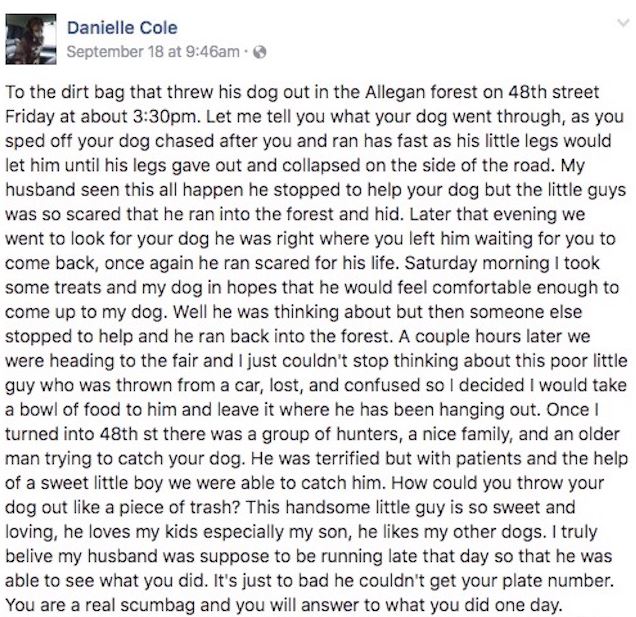