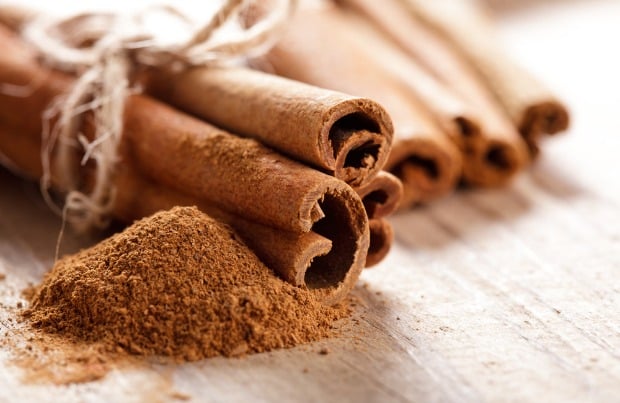 There are many things that you probably keep in your kitchen cupboards that have surprising health benefits. One thing that you might not have considered is if any of these also have health benefits for your dog. It may surprise you to learn that cinnamon is beneficial to the health of both you and your dog as it contains properties that are proven to reduce the risk of suffering from many conditions. Therefore, next time you are adding some cinnamon to your apple crumble, a coffee, or a curry, you might want to consider treating your pet to some of this spice. Here is what you need to know about dogs eating cinnamon.

Cinnamon is a spice that is from the bark of cinnamon trees. These trees are native to countries including Brazil, India, Vietnam, Sri Lanka, Egypt, and Indonesia. The bark is removed from the tree, cut into small pieces and rolled. These are called cinnamon sticks or quills. They are either sold directly to consumers in this form for them to grind at home or add whole to dishes while cooking to add flavor, or they are sold to manufacturers who then grind the cinnamon sticks into a powder.

Reducing the Risk of Diabetes

According to research, giving a dog just half a teaspoon of cinnamon daily can help to regulate blood sugar levels and increase insulin resistance. It also boosts the way that the body uses insulin. Dogs that are older or overweight are particularly at risk of developing diabetes, so giving them cinnamon is advisable.

In a study into the effects of cinnamon on brain function, researchers found that cinnamon improved both memory and attention. This is particularly useful to know for people who breed dogs for competitions as giving their dogs cinnamon may help them to learn quicker and improve their competition performance.

Fungal infections, such as yeast, are a common problem for many different types of animal. Dogs who have allergies are especially susceptible to getting these types of infections. Cinnamon has anti-fungal properties, so it can help to ward off yeast infections.

Studies have also shown that cinnamon has antibacterial properties. Therefore, it can help to keep your dog food fresher for longer. If you open a can of dog food and do not use it all on the same day, then sprinkling some cinnamon over the top is a fantastic way to stop the food from spoiling overnight. It will reduce the risk of bacteria growing on the open can of food and giving your dog a bacterial infection. For example, researchers from the Kansas State University discovered that cinnamon prevented E.Coli from growing in unpasteurized juices. Based on these findings, using cinnamon in your dog food makes sense.

Cinnamon has anti-inflammatory properties and for this reason, it is great for older dogs who are suffering from arthritis. Researchers at Copenhagen University recommend that people with a dog with arthritis give them half a teaspoon of honey mixed with cinnamon as this will reduce the inflammation and pain. The same researchers also found that cinnamon can lower cholesterol and blood pressure.

Other Uses of Cinnamon

Cinnamon has been used as a remedy for many centuries. Some of the illnesses it is believed that cinnamon combats include nausea, diarrhea, flatulence, and menstrual cramps. It is also used to improve cognitive function, energy levels, vitality, the digestion of dairy products, circulation, and brain health.

Although cinnamon has many amazing health benefits, this spice does come with a couple of words of caution. The darker variety of cinnamon is called cassia, and this contains the compound coumarin. If eaten at high levels, this can damage the liver. However, if it is eaten in moderation, such as half a teaspoon per day, then it should not affect your dog. To err on the side of caution, it is better to give them the lighter version of cinnamon, called Ceylon cinnamon, instead. The second word of warning is that cinnamon has an anti-clotting effect on the blood. Therefore, if your dog is on other medication that thins the blood, then you should avoid giving them this spice. Also, if your dog is pregnant, then you should not give them cinnamon as it can stimulate the uterus.