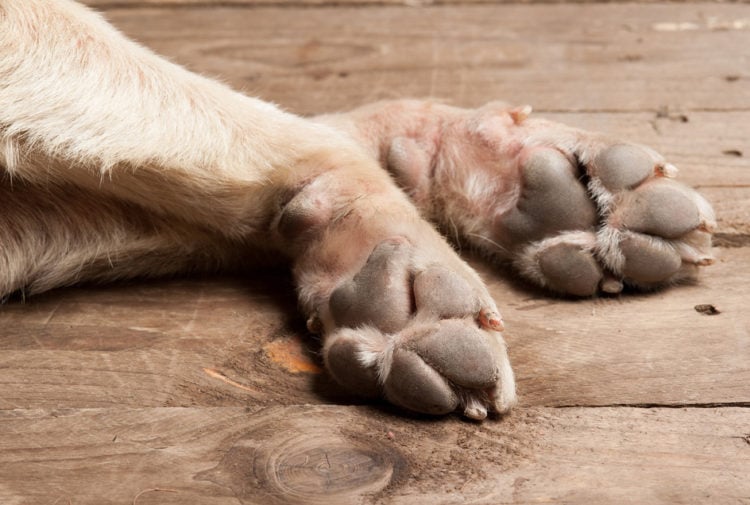 Each animal has its own smell. The smell associated with dogs is often what is referred to as the wet dog smell, which is a smell that any dog owner will instantly recognize. However, this is not the only smell that dogs have, as various parts of their bodies have different smells. One doggy body part that has its own unique smell is their feet. When you are plying with your dog and it has rolled over with its feet up in the air, you might have got a whiff of its paws. Here is a look at why your dog’s feet smell the way they do and what you can do about it.

What Causes Dog’s Feet to Smell of Fritos?

So, if the smell of corn chips is the most common aroma that dog owners can smell on their pet’s paws, what is the cause of this smell? Well, it turns out it is all down to the natural bacteria that are on all dog’s feet. The Huffington Post explains that the aroma is a byproduct of the yeast and bacteria that gather in the creases of your dog’s paws. Colorado-based veterinarian Dr. Robert J. Silver says that the two types of natural bacteria that a dog collects on its paws are proteus and pseudomonas. These bacteria are found in soil or water, and your dog’s paws pick them up while out walking, and they will then gather in the crevices of your dog’s feet. The bacteria then mix with your dog’s sweat, as dogs sweat from their paws. It is the pseudomonas that gives off the corn chip smell, which some people liken to the scent of salted popcorn, when it mixes with your dog’s sweat.

Is the Smell of Fritos Normal?

In most cases, a dog’s feet smelling of Fritos is completely normal. However, it is sometimes a sign of infection, especially if you notice that the smell is stronger than usual. There are also some other signs that you can look for that should help you to decide if it is just the normal smell of your dog’s paws, or if your dog is suffering from an infection. The most important sign to look for is your dog licking their paws excessively, says The Spruce. Although licking their paws is normal behavior and a form of self-grooming, licking them more than usual is a sign that something is not quite right. It usually means that your dog is suffering from itchiness or irritation to your feet, both of which are indicators of an infection. By licking their paws more often, they are trying to relieve their discomfort. You should also look for changes in the appearance or feel of your dog’s paws. One sign is having greasier paws than usual. Another indicator of infection is redness or dry skin in the creases between the paws. If you think that your dog is suffering from an infection on their paws, you should get them checked out by a veterinarian. The usual course of treatment is antibiotic cream that is applied directly to the affected area.

Is There a Way to Get Rid of This Smell?

For most people, the Frito smell of their dog’s feet is not a problem as it is not an overly offensive smell. Plus, most people don’t get close enough to their dog’s paws often enough for the smell to become an issue. However, if you really can’t stand the smell there are some simple things that you can do to reduce the smell. One option is to regularly wash your dog’s feet as this will reduce the build-up of bacteria and yeast, thus reducing the aroma. Some dog owners also recommend soaking your dog’s paws in cold tea as the tannin in strong tea acts as a natural deodorizer. Thrifty Fun reminds dog owners that dogs lick their paws, so it is essential you do not put anything on their paws to combat the smell that they should not ingest, such as human deodorant sprays.

Are There Other Factors That Affect the Smell of a Dog’s Feet?

The Frito smell is the natural aroma of your dog’s feet. However, there are other factors that can affect how your dog’s feet smell. Sometimes, they can walk in things outside that can change the aroma of their feet. This is almost unavoidable if you walk your dog outdoors. Your dog’s diet can also impact on the smell of its feet, and sometimes it is one specific ingredient that changes the aroma. Smelly feet is sometimes a sign that your dog has a food intolerance, and smelly feet are more common in dogs with a poor diet. If you think that your dog’s diet is affecting their aroma, then consider changing their diet to see if this helps.

Overall, the Frito aroma you can smell on your dog’s paws is usually nothing to worry about. It is simply the natural aroma of a dog’s feet that is caused by yeast, bacteria, and sweat gathering between their paws. Occasionally, it is a sign of an infection or food intolerance. These are things that a veterinarian can confirm. The Frito smell does not bother most dog owner’s, but washing their paws or soaking them in tea can help if the smell is unpleasant to you. 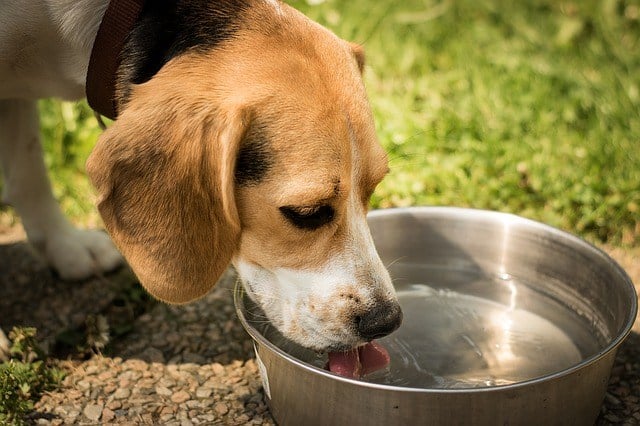 Your dog’s water bowl is something that you probably think… 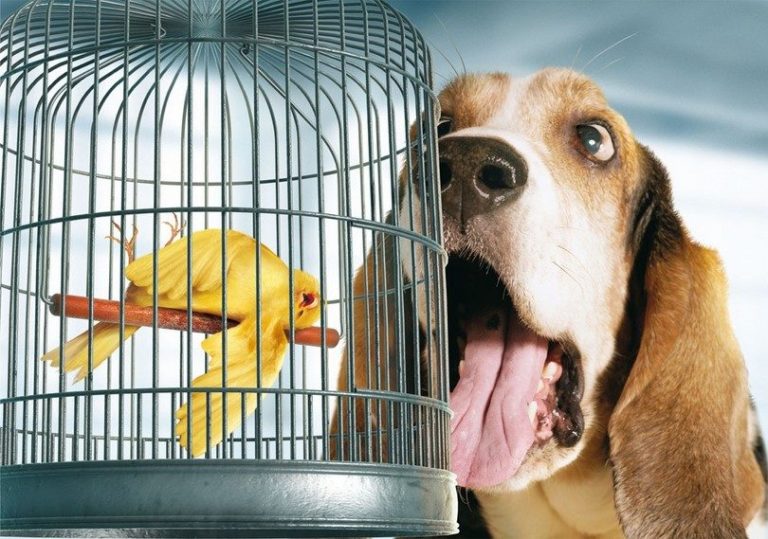 You might expect that most dog’s have less than pleasant… 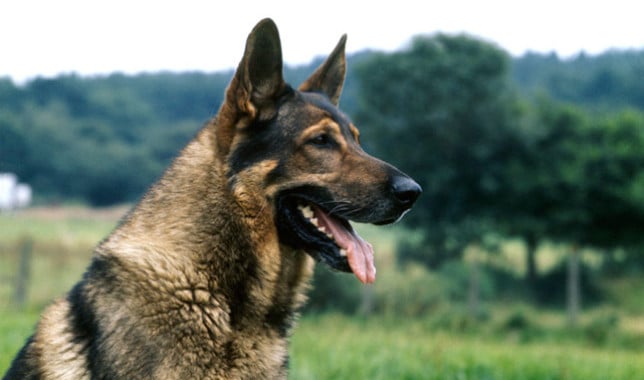 Having a German Shepherd can be fun. They are great…

Being a dog is hard work, especially in some cities… 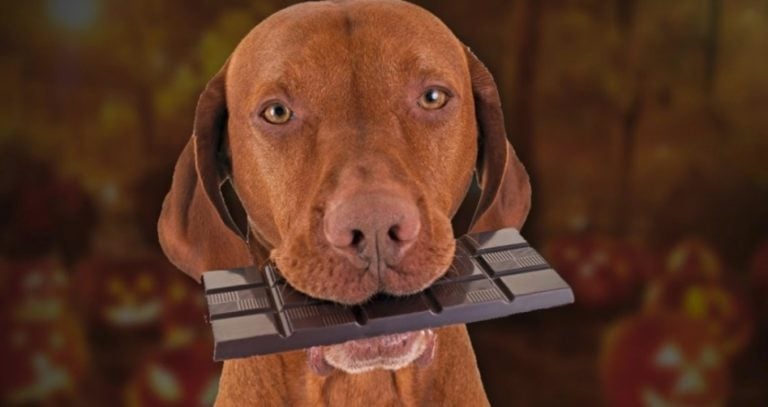 We all know that dogs love to eat, and some… 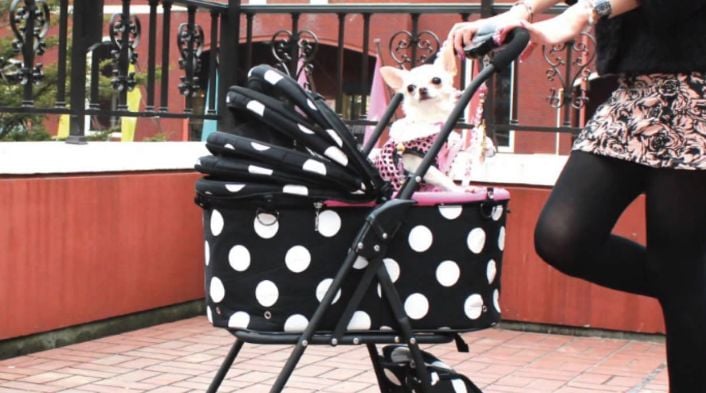 sell Do you wish you could take your little dog…