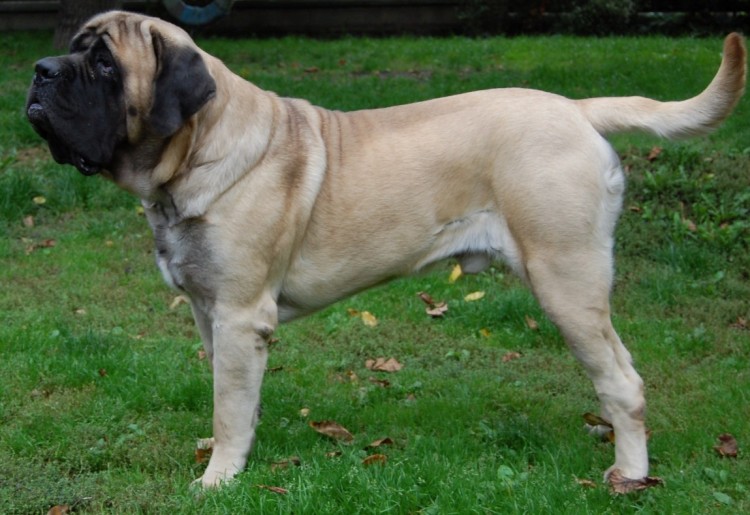 The English Mastiff (also known as the Old English Mastiff or the Mastiff) is a gigantic dog breed. Distinguishable by its dynamic colors, massive head, and enormous size, the Mastiff is known for its gentle, loving nature. It has a dark nose, high-set tail, and a broad base. Full grown males usually grow up to at least 30 inches tall, weighing 200 pounds (90 kilograms).Females can reach up to 27 inches in height while weighing about 150 lbs (68 kgs). A mastiffs coat is moderately short and straight, and can be apricot, fawn, and brindle. But am getting ahead of myself: Here are ten things you didn’t know about the English Mastiff.

Despite their large form, a mastiff requires just about enough exercise as any regular dogs. However, an exercise schedule should only be introduced after at least eighteen months, when the dog is considered to be fully developed. As a Mastiff puppy grows, its joints and bones need to develop properly. Excess amounts of exercise during this time may cause damage to the dog’s sensitive bones and joints or hinder proper growth. During this period, a mastiff should be allowed to exercise at their pace and rest whenever they feel the urge.

They were bred for war and animal fights

Mastiffs were originally bred for war and animal fights. Once they were discovered to be extremely vicious guard dogs, they were included in wild sports and even war. In fact, around 2,500 years ago, Mastiffs were portrayed fighting lions and bears. To become vicious fighters, the dogs were often starved, beaten and kept in isolation. Once the dog had become unruly enough, it would be thrown into a fighting arena. Here, it would have to fight against other animals for survival. The animals would often be a lion or a bear, and sometimes another dog. People would place their bets, and the fight would progress until one of the animals died.

They can be a bit tricky to train

Mastiffs are quite intelligent, but they tend to be stubborn and sensitive. It’s not always so easy to train them. Since they like to please the owner, they respond well to positive and firm training. The training should be kept simple and easy to ensure that the dog is cooperative. Small treats and a show of affection make good rewards.

Since Mastiffs are so large, they consequently produce large litters. A regular litter has 10-12 puppies. What’s more, the Mastiff breed is the only dog that has ever produced the highest number of puppies in a single litter. This came for a certain Mastiff based in England, who gave birth to a stunning twenty four puppies in 2004, twenty of which survived the first week. That was the largest number of puppies to survive the first week.

A litter of 24 isn’t typical, but caring for the expectant Mastiff and the puppies after it has given birth can be stressful and costly. Its gestation period is 64 days. During this time, the dog will need extra food and space for taking care of her young ones. The puppies will need a lot of food, vaccines and patience. This can be strenuous on both the owner and the dog.

Mastiffs have a tight, sleek coat. Because they are average shedders, brushing them regularly will reduce the rate of shedding. Just like most dogs, Mastiffs shed more during the spring and fall. They also don’t have a particular doggy odor. A regular bath is sufficient to keep them clean and looking beautiful. In particular, their ears must be cleaned well; teeth kept in good condition, and the nails trimmed. 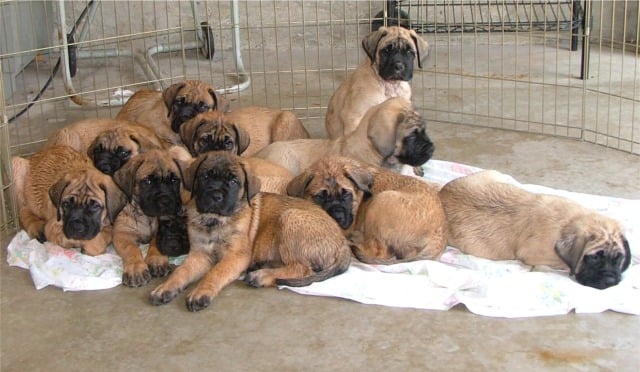 It’s expensive to take care of a Mastiff

Taking care of a dog requires adequate financial planning. Training, vet bills, play toys, the cost of food and pet rent are some of the most considerable expenses. These costs are much higher when it comes to Mastiffs. For example, a Mastiff is susceptible to numerous common medical and behavior training can be awfully expensive. The cost of purchasing food is in itself jaw-dropping. It can consume 6-8 cups of dry food in a day. Because these dogs are prone to bloating, they require high-quality food, which can be very expensive.

Although the Mastiff is large and looks rather intimidating, he is actually not fierce or aggressive. They are normally gentle and calm, especially when around the family. They are protective and make good guard dogs, but aren’t particularly quick in chasing or attacking someone. Nevertheless, they are capable of keeping a burglar pinned down even for extended periods of time until help arrives. Mastiffs thrive best in a rural area or the countryside. In any case, they like living comfortably and prefer staying indoors with their owner. Mastiffs also drool and snore.

Mastiffs are good with children

The calm and docile character of the Mastiffs makes them great with kids. However, it’s good for an adult to supervise the children when interacting with the dog. It is also important for the children to be taught how to interact with dogs safely to avoid any undesirable injuries.

It’s one of the heaviest dogs in the world

A mastiff broke the Guinness World Record in 1987 for being the heaviest dog ever to live. The six-year-old male Mastiff, dubbed Zorba, weighed an impressive 314.5 pounds. He broke his own record two years later when he added an extra 29 pounds to hit the 343 pound mark. Zorba was 8 feet 3 inches from the nose to the tail tip. His record holds indefinitely since the Guinness World Records stopped accepting records for the “heaviest dog” in 2000.

As we had discussed earlier, Mastiffs consume a lot of food. This is one of the factors that make them very expensive dogs. At the beginning of the 20th century, the Mastiffs popularity dwindled significantly due to food shortages caused by the effects of World War I. The breed was later revived, only to face a similar cycle during World War II. 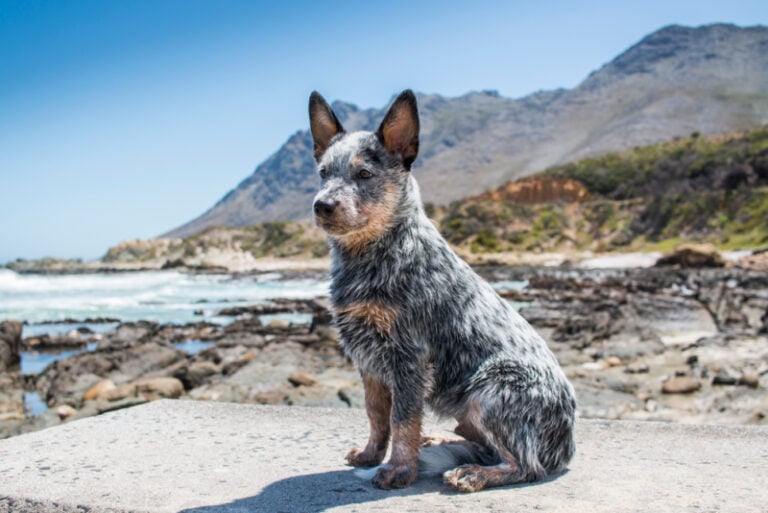 The Blue Heeler is a type of Australian Cattle Dog. They have black hair that is evenly distributed through a white coat, which gives their coat a blue appearance, while a red heeler has red… 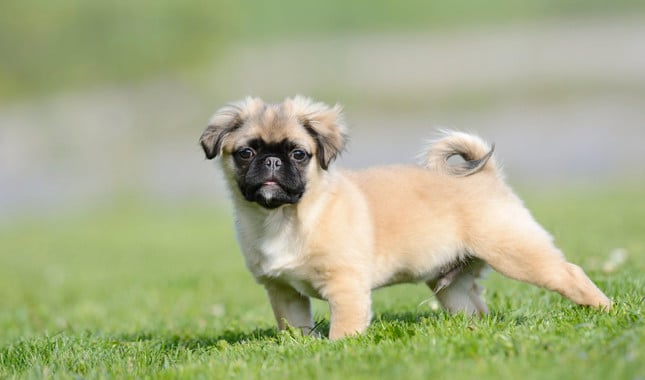 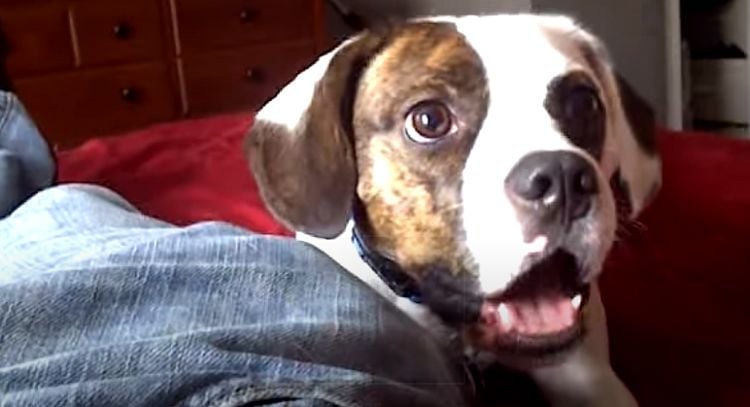 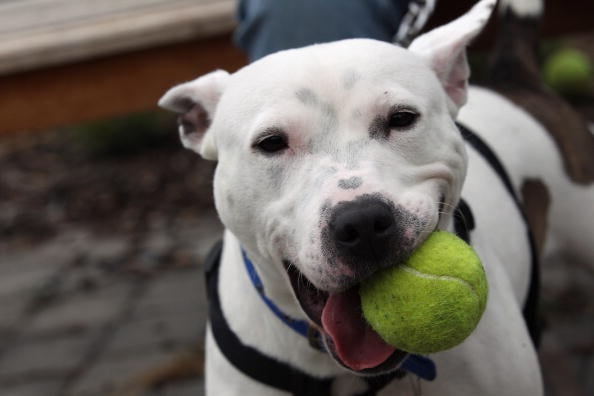 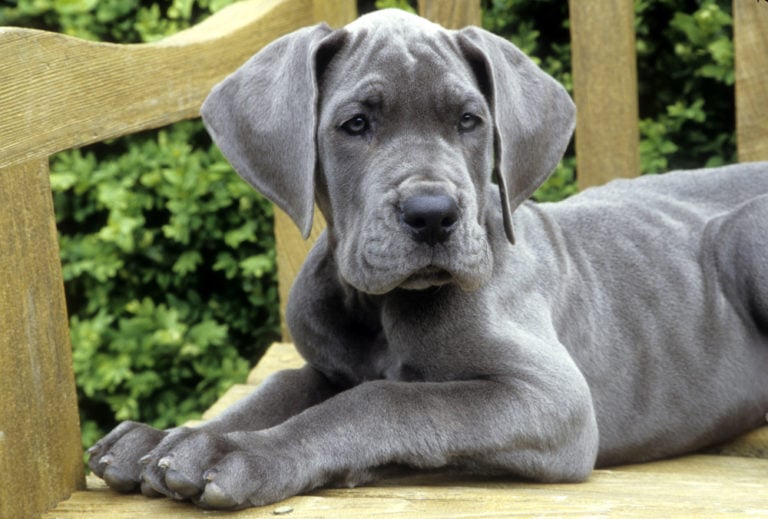 People who love big dogs go for a breed such as the Great Dane. If you choose to go with a purebred, prepare to pay a high price. They’re expensive dogs, but they’re not the… 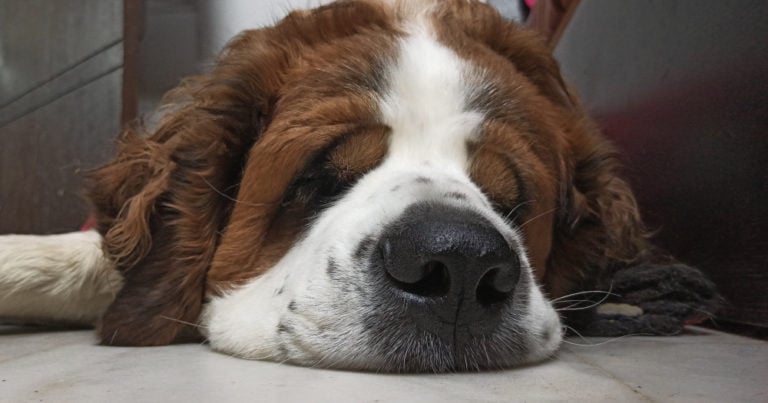