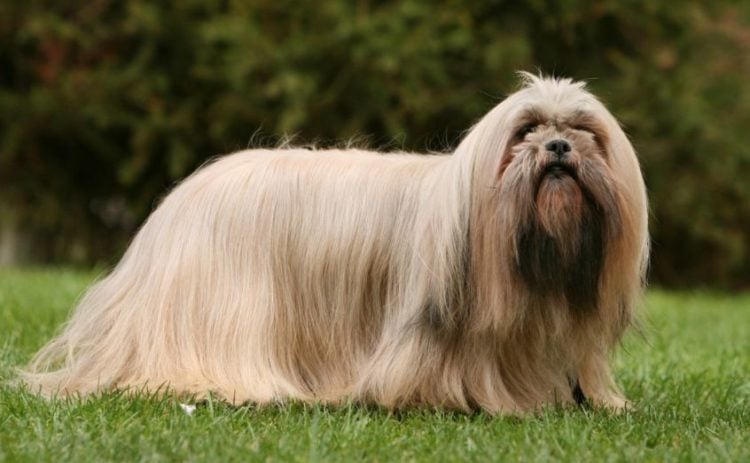 The name of the Lhasa Apso means either a bearded Lhasa dog or a goat-like Lhasa dog, with Lhasa being the capital of Tibet. In that country, the breed was created to serve as an indoor guard dog for monasteries, but since that time, they have managed to make a successful transition to being companions in the west. Regardless, a Lhasa Apso can be recognized on-sight because of its particular characteristics, which in turn, mean that the breed can benefit from a care regiment that is tailored for them in particular.

Here are five important caretaking tips for a Lhasa Apso:

The Lhasa Apso is well-known for its intelligence. As a result, members of the breed do not respond well to harsh discipline. Instead, it is best to train them to behave well through positive reinforcement, which will have a much better effect with less of the inconvenience. However, even then, it is important to note that they do not respond well to rote and repetition, meaning that it is better to switch exercises on a regular basis for short training sessions in order to maintain their interest.

Since they were bred for use as indoor guard dogs, it should come as no surprise to learn that Lhasa Apsos have a natural suspicion of strangers as well as a desire to please their owners, which can lead to unwanted shows of aggression towards outsiders. To prevent this, you need to make sure that your Lhasa Apso get plenty of early socialization, which should ease such problems.

Given the Lhasa Apso’s characteristic look, it should come as no surprise to learn that grooming them is an important part of keeping them in the best condition possible. Generally speaking, you need to make sure that your Lhasa Apso receives a grooming with brush and comb at least once a week as well as the occasional bath from time to time if you want to keep their coats looking their best. To make this easier, you should consider keeping your companion with a shorter “puppy” cut, which should lessen the time and effort to provide them with such care and attention. Similarly, you should also make sure that your Lhasa Apso has their nails trimmed on a regular basis as well so as to prevent cracking and splitting.

Intelligence in a dog can be problematic for dog owners, who must put in additional time and effort in order to keep up with their companion. For example, if you own a Lhasa Apso, it is particularly important that you establish your dominance early on if you want them to listen to you. Generally speaking, this means remaining calm and assertive, setting rules and enforcing them, not forcing affection onto the dog, keeping the dog from eating at the table first, and giving the dog something to do. However, there are other helpful tips out there, meaning that interested individuals should make sure to do their own research.

Lhasa Apsos from responsible breeders tend to be healthy animals, but there are nonetheless some medical issues that are associated with the breed. For example, they are known to suffer from sebaceous adenitis, which is more commonly seen in poodles but can be seen in other breeds as well. Similarly, they are more prone to eye problems than other breeds, meaning that their owners need to watch out for such possibilities.