Unfortunately, the Jack Chi isn’t named thus because it was bred by someone named Jack Chi. Instead, it is named thus because it is a cross between the Jack Russell Terrier and the Chihuahua, which is also the reason that it is sometimes called the Jackuahua. Generally speaking, the Jack Chi is a friendly, intelligent, and playful canine companion, but it is important to remember that it isn’t without its potential complications. Here are 10 things that you may or may not have known about the Jack Chi:

There are some mixes that have existed for a long time. However, the Jack Chi isn’t one of them. Instead, while its exact origins are unknown, it seems probable that it popped up in the 1980s and 1990s, which was when the crossbreeding of purebreeds to create mixes became popular in the United States.

2. Has Characteristics from Both Sides

3. The Jack Russell Terrier Is Named for a Reverend

Perhaps unsurprisingly, the Jack Russell Terrier is named for a Reverend Jack Russell, who played an important role in the creation of the breed. In short, said individual wanted a terrier with plenty of courage as well as the physical capabilities needed to overcome its targets.

4. The Jack Russell Terrier Was Meant to Hunt Foxes

Terriers are meant to hunt burrowing animals. In the case of the Jack Russell Terrier, it was supposed to be used for hunting foxes, whether by causing their targets to bolt or by holding their targets in place. With that said, the Jack Russell Terrier has also seen use in hunting other burrowing animals, with examples ranging from badgers to groundhogs. 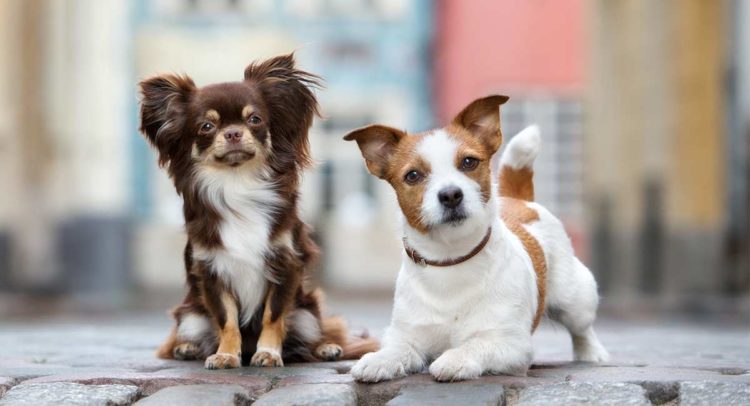 6. The Chihuahua Is Named for the State

Name-wise, the Chihuahua breed is named for one of the 32 states that make up Mexico. Said state is famous because of the Chihuahuan Desert, but in truth, it has more forests than any of the other states of Mexico with the single exception of Durango.

7. The Chihuahua Likes to Establish Dens

One of the more interesting behaviors on the part of the Chihuahua is its fondness for finding a place to make its den. As a result, it isn’t uncommon to see Chihuahua burrowing into either piles of clothing, beneath blankets, and similar places, which might be because these locations provide them with a sense of security.

8. The Chihuahua Suffers from a Lack of Training

Some people seem to believe that small dogs don’t benefit from training as much as their bigger counterparts. This is a serious problem because small dogs are just as susceptible to the serious behavioral issues that can be caused by a lack of proper training when they are still puppies, making it no wonder that small dog syndrome is so common.

Based on these characteristics, it makes sense that most members of the Jack Chi breed are both very friendly and very active. Due to this, they tend to be useless as guard dogs because while they will notice strangers, they won’t be on guard against them. Moreover, their active nature means that they can get bored when they are not getting enough stimulation, which is something that it shares with its predecessors.

10. Consistency and Patience Produce the Best Results When Training the Jack Chi

The Jack Chi isn’t the easiest breed to train, which is why interested individuals need to show consistency as well as patience to ensure the best results. Otherwise, their dog can exhibit a number of undesirable behaviors, which range from a fondness for chewing on things to excessive nervousness that can let to problematic behavior.