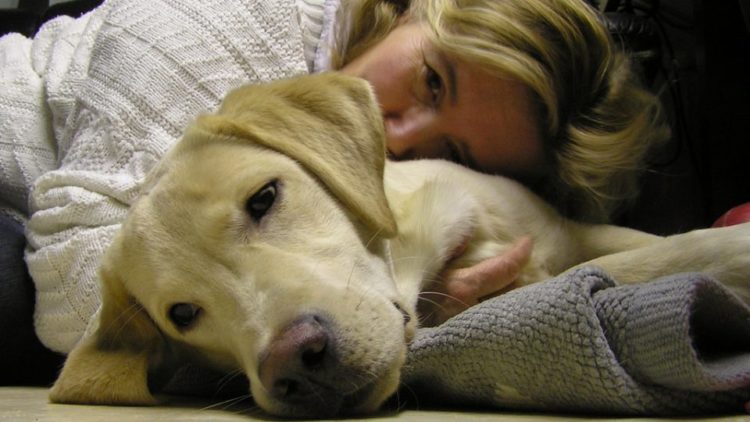 It is well-known that a variety of factors can increase the risk of animals suffering from cancer. These factors can vary from one cancer to the next but may include genetics, diet, and lifestyle habits. Discovering which factors are linked to which types of cancer are something on which scientists, doctors, and veterinarians are constantly researching. By finding which types of cancer are linked to which factors can help them to reduce the risks of these cancers developing, and can also help them to gain a better understanding of cancer to potentially develop treatments and cures.

Recently, Dogster reported that researchers have potentially found a link between dogs who receive omega-3 fatty acid supplements and those who suffer from hypothyroidism having a reduced risk of developing T-zone lymphoma (TZL), which is a type of lymphoma. This vital research was undertaken by scientists and researchers at Colorado State University who published their findings in the Journal of Veterinarian Medicine. The research focused on older Golden Retrievers. This breed and age of dog were selected for the research as they are the group at the highest risk of developing TZL. In fact, it is estimated that one-third of TZL cases are found in Golden Retrievers.

The findings of the research concluded that the odds of developing TZL were significantly decreased if the dog suffered from hypothyroidism or if they had taken omega-3 fatty acid supplements at any point in their life. These findings were a surprise to many of those working on the study. According to Web MD, omega-3 fatty acids are an essential part of the diet for both humans and dogs. There are three types of these fats. EPA and DHA are predominantly found in fish, while ALA is found in plant sources. In addition to the newly found link between omega-3 fatty acids and a decreased risk of TZL, there are already many known benefits to including omega-3 fatty acids in your diet. First, they are known to lower levels of triglyceride in your blood, which reduces the risk of stroke or heart disease.

Second, it is good for the joints. Supplements are often taken to relieve joint pain and stiffness by people suffering from rheumatoid arthritis. Similarly, it is believed that taking omega-3 supplements can also boost the effectiveness of anti-inflammatory medication. Finally, there are links to omega-3 fatty acids reducing the symptoms of depression. Hypothyroidism is a condition where the thyroid gland is not working properly. This gland, which is part of the endocrine system, is responsible for producing and releasing hormones including triiodothyronine and thyroxine. A dog that has hypothyroidism is not producing enough of the hormones needed, and this is usually because the thyroid gland is shrunk or inflamed.

The opposite of this condition is hyperthyroidism, which is common in cats but rare in dogs, says Washington State University. With this condition, too much of the hormones are released. While hyperthyroidism is commonly linked to many types of cancer, hypothyroidism is generally associated only with thyroid cancer. The breeds that are most likely to get this include Golden Retrievers, Doberman Pinschers, and Irish Setters. The main symptoms of hypothyroidism include thinning of the fur, excess shedding, a dull coat, reduced activity, unexplained weight gain, and an inability to tolerate cold temperatures. In some cases, dogs may also experience thinning of the skin.

Morris Animal Foundation has also reported about the potential link between decreased incidences of TLZ in dogs with hypothyroidism and that have also taken omega-3 fatty acid supplements. They have further described the research, which included the use of a control group of dogs that did not have hypothyroidism to make a comparison with the other group of dogs. According to Dr. Janet Patterson-Kane, the Chief Scientific Officer of this foundation, this is a fascinating study. She has said that not only does the study indicate one actionable measure, but it also opens multiple other avenues of research. Ultimately, this gives scientists further questions to investigate to potentially prevent this disease from happening.

The Morris Animal Foundation also provides further information about TZL. They say that this form of cancer is a slow and progressive variation that generally forms in older dogs. It is estimated that approximately 12 percent of canine lymphoma cases are TZL. The reason that the Morris Animal Foundation is so knowledgeable about this study is that some of their animals were used in the research. These were dogs that are part of their Canine Lifetime Health Project. This is a registry of dogs who have owners that are interested in their pet taking part in studies and clinical trials that aim to improve canine health.

Overall, the research by Colorado State University has significant implications for research into lymphomas and also understanding the factors that can contribute to these cancers developing. In turn, this will create avenues for research into treatments and cures. Therefore, the researchers in this study have taken a big leap forward in the field of canine cancers.

However, it is important to note that there is still a long way to go with these lines of research. While this study has made a significant and positive contribution, there are further studies that must yet take place. For example, it is necessary for researches to conduct prospective studies to establish the protection of omega-3 fatty acids. The observations from the study have also raised the possibility of the researchers conducting a simple intervention that could possibly reduce the frequency of TZL.

Furthermore, there is further research needed into the genes that lead to hypothyroidism, says Dr. Anne Avery, who is an Associate Professor for the Department of Microbiology, Immunology, and Pathology at Colorado State University. She has said that the team was surprised to discover that the defective genes that can cause hypothyroidism are potentially linked to dogs that do not develop TZL.