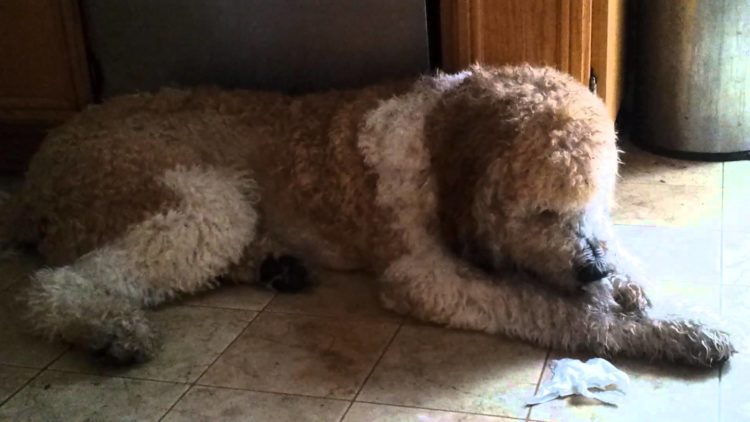 First, there was the Cockapoo. Then along came the Maltipoo, the Labradoodle, and the Puggle. And now, there’s a new designer crossbreed in town. The Saint Berdoodle… a fluffy, teddy bear of a pooch that manages to be one-half Poodle, one half Saint Bernard, and two parts cutie-pie. If you’d seen the pics and been yearning to find out more about this latest and most cuddly addition to the pet world, you’ve come to the right place. Without further ado, here are 20 things you didn’t know about the Saint Berdoodle.

1. They’ve not the only designer crossbreed

Saint Berdoodle’s might be a relatively recent addition to the pet world, but they’re by no means the first (and unlikely to be the last) designer crossbreed it’s welcomed. As Dog Time reports, cross-breeding dog’s has been something of a trend over the past couple of decades, with increasing numbers of new mutts rising to popularity in the process. Just a few that have made the headlines include the Cockapoo (a cross of Cocker Spaniel and Poodle), the Maltipoo (a mix of Maltese and Poodle), the Labradoodle (one-part Labrador Retriever, one part Poodle), the Goldendoodle (a Poodle- Golden Retriever hybrid), the Maltese Shih Tzu (a Maltese and Shih Tzu cross), the Puggle (a Beagle–Pug hybrid), the Schnoodle (one-half Poodle and one-half Schnauzer), the Peekapoo (a Pekingese–Poodle cross), the Yorkipoo (a mix of Pekingese and Poodle), the Yorkipoo (a Yorkshire Terrier and Miniature Poodle cross), and the Goldador (a mix of Golden Retriever and Labrador Retriever).

When you think of either a Poodle or a Saint Bernard, you don’t exactly picture a small dog. But in fact, both breeds come in miniature form. While standard Saint Berdoodles can grow to significant proportions, prospective pet owners looking for a smaller variety of pooch don’t have to overlook the breed completely. As ebknows.com reports, Mini St. Berdoodles are the result of crossing a miniature St. Bernard and a Miniature Poodle. Standing between 14 and 18 inches tall and weighing a relatively tiny 20 to 50 pounds, they have all the same qualities as standard Saint Berdoodles, just in a much smaller package.

3. They’re known for their friendly nature

Most dogs are friendly, but some are friendlier than others. The Saint Berdoodle is one of the friendliest, and little wonder when you consider their family tree. Both Poodles and St Bernard’s are known for being affectionate, and none of that affection has been lost in their offspring. Friendly, loyal, and incredibly social, they make great family pets.

Saint Berdoodles are friendly, affectionate, and love nothing more than being around their owners. But with that, comes a problem. As with many other highly sociable dogs, Saint Berdoodles hate being left alone for long stretches of the day and can start to display unwanted, destructive behaviors if they are. If you’re tied to the desk from 7 am to 7 pm and to the bar until the wee hours, you might want to consider a less dependent pet.

Every dog is unique, but breeds do share certain, inherited tendencies – one of which is expected lifespan. While we all want to think our pets will live forever, the sad truth of the matter is that, like the seasons, they pass. In the case of the Saint Berdoodle, you can expect the inevitable to happen between 8 and 12 years.

6. They’ve been shunned by the American Kennel Club

The American Kennel Club is nothing if not exclusive. As it only recognizes pure-breeds, don’t expect them to start recognizing the hybrid Saint Berdoodle anytime soon. However, they haven’t been ignored completely, with the ACHC (American Canine Hybrid Club), Dog Registry of America, Designer Dogs Kennel Club, Designer Breed Registry, and International Designer Canine Registry all extending the breed official recognition.

Crossbreeds tend to be more resistant to genetic health problems than pure breeds, but they’re not completely immune. In the case of the Saint Berdoodle, eye diseases, hip dysplasia, and bloating are three of the most common health niggles likely to be experienced, while Von Willebrand’s disease, idiopathic epilepsy, immune-mediated disorders, and sebaceous adenitis can occasionally be inherited from their poodle parentage.

8. They come in a range of colors

If variety is the spice of your life, the Saint Berdoodle is likely to tick your boxes and then some. As well as coming in both standard and miniature form, these friendly little pooches also come in a wide range of color variations, including Brown And White, Black, White, Cream, Café Au Lait, Grey, Blue, Silver, Brown, and Red.

The Saint Berdoodle might be a crossbreed, but it comes with designer prices. If you’re in the market for a new pup, prepare to spend big. Some pups have sold for as much as $1000, and while this in on the high end of the spectrum, you should still expect to part with around $600-700 if you want to bring one home with you.

10. They reach maturity at 2 years old

Some dogs reach their full size in just a few months. Others like to take the slower route to adulthood. Saint Berdoodles fall into the second category, taking a full 2 years to reach maturity. Once they reach this age, they should be at both their full height and (bar a few pounds in holiday turkey) their full weight. Males are expected to peak at 150-200 pounds and measure 27-30 inches tall at the shoulder, while females come in slightly smaller at 110 – 170 pounds and measuring 24-27 inches tall at the shoulder.

11. Their final size is hard to predict

As with all crossbreeds, the final size of a Saint Berdoodle is a little unpredictable, depending on which side of the family tree they take after most. As allthingsdogs.com notes, you can expect a 2-month-old pup to be anything between 8-14 pounds, a 3-month-old to be between 12- 39 pounds and a 6-month-old to weigh in at around 26-80 pounds. A 9-month-old is likely to max out anywhere between 39 – 100 pounds, while a 1-year-old could be anything from 50 pounds to 120 pounds.

12. There are three generations

13. They’re great for people with allergies

Living with a pet when you have a dander allergy is no fun. Fortunately, not all dogs are liable to set your sinuses on edge. The Saint Berdoodle has inherited hypoallergenic coat qualities from their Poodle parentage, making them a great choice for prospective pet owners with allergies. If their Poodle inheritance is greater than their Saint Bernhard one, their coats are likely to be tightly curled and almost completely shed-free. If, on the other hand, they’re more Saint Bernhard than Poodle, they’re likely to have wavy, longer hair, and be more prone to shedding.

Don’t expect to be running laps with your Saint Berdoodle. While poodles tend to be fairly active, Saint Bernhard’s much prefer to curl up on the sofa than chase a ball around the yard. And it’s the Saint Berdoodle’s Saint Bernhard heritage that’s proved to be dominant, at least when it comes to activity levels. No matter how powerful and muscular your Saint Berdoodle looks, make no mistake – these are not the kind of dogs that take kindly to too much exercise. A few sedentary walks around the park are A-OK, but getting them to enjoy a three-hour frisbee marathon is going to be an uphill struggle.

15. They’re known by other names

Why have one name when you could have two? The Saint Berdoodle might not have been around for long, but it’s already managed to pick up the odd nickname or two. If you hear someone refer to the Saint Berpoo, the St. Berpoo, or the St. Berdoodle, they’re all referring to the same breed of Saint Berdoodle.

Depending on whether they take after the Saint Bernhard side of the family or the Poodle side, St. Berdoodles can grow like billy-o. And with size, comes appetite. Don’t expect your St. Berdoodle pup to be delicate around the lunch bowl; this is a big breed with big tummies and even booger calorie needs. To maintain their powerful bulk, they’ll need upwards of 2000 calories per day (the equivalent of what an average woman needs). As they have a tendency towards certain inherited conditions, look for a high-quality feed that offers complete, balanced nutrition.

17. They need to be supervised around kids

Saint Berdoodles are incredibly sociable, family-friendly dogs. Considering they have a big slice of St Bernhard in their mix (a dog whose child-friendly appeal has given them a reputation as ‘nanny’ dogs… who can forget Nana in Peter Pan?), it’s not surprising they’re good around kids. But that doesn’t mean they (or indeed, any other dog) should be left unsupervised with infants. While they’re unlikely to mean any harm, Saint Berdoodles are big dogs, and a small kid is no match for their heft. If a Saint Berdoodle jumps up in excitement, they can send a small child flying. While they’re unlikely to ever mean any harm, that’s exactly what can occasionally happen. If you welcome a Saint Berdoodle into the family, never leave them unsupervised around little kids.

As dogmal.com writes, Saint Berdoodle’s might be gentle giants, but they’re not small in the brain department either. These are highly intelligent dogs that require lots of interaction and stimulus to keep their minds happy and active. Both Poodles and Saint Bernhard’s respond well to training, and their offspring are no different. Whether you want to teach them basic obedience or high-flying tricks, you should find them a quick study. And don’t forget – dogs need to be entertained even when you’re not around. Invest in a few mind-stimulus games and puzzles to keep them entertained and engaged even when you’re away.

19. They should be brushed weekly

Like all dogs, Saint Berdoodle’s come with maintenance needs. As per the thedogsjournal.com, their coat will need a weekly brush to avoid any nasty tangles or mats developing. Due to the types of diseases they’re prone to inheriting, their ears and eyes should be checked regularly for any signs of changes or foreign objects, while their teeth should be brushed two or three times a week to keep them pearly white and cavity-free. As with all dogs, keeping up to date with vaccines and parasite treatments should be considered par for the course.

20. They’re great with other pets

Saint Berdoodle’s get on famously with people, but how well do they get on with other animals? Very well indeed, apparently. With hearts as big as their bulk, they tend to be as affectionate, gentle, and sociable with other pets as they do with their owners, making them a great addition to multi-pet families. 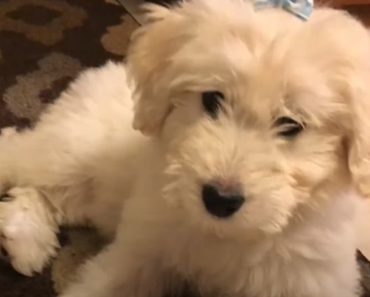 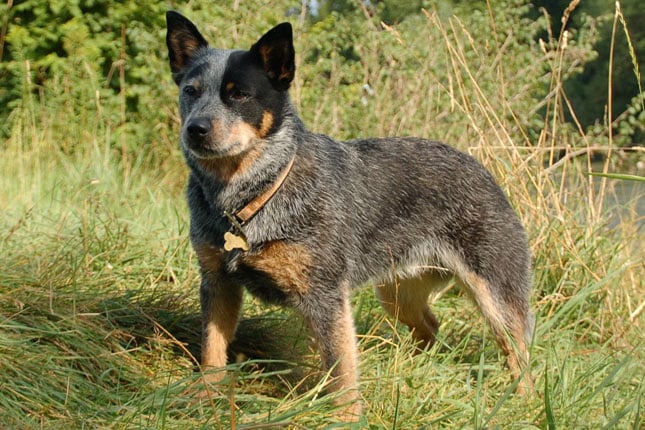 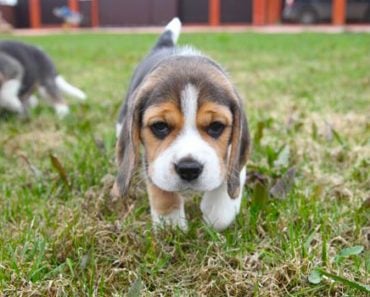 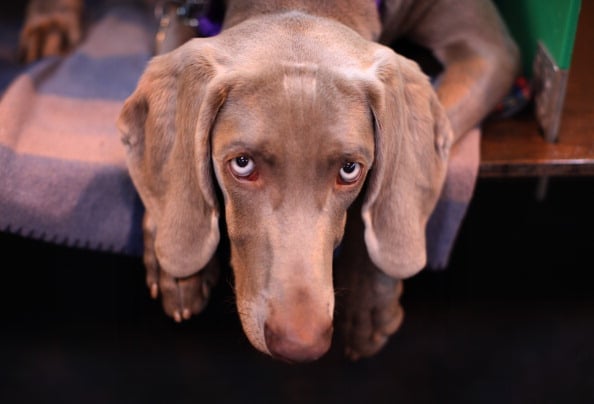 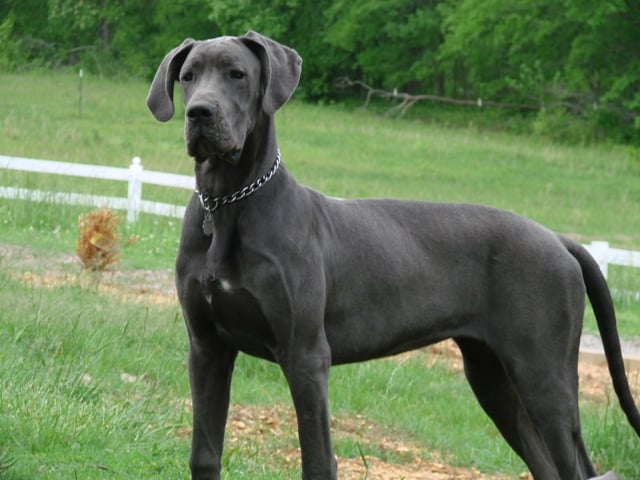