Home
Dog Breeds
What Defines a Dog as Being a Spitz?
Prev Article Next Article 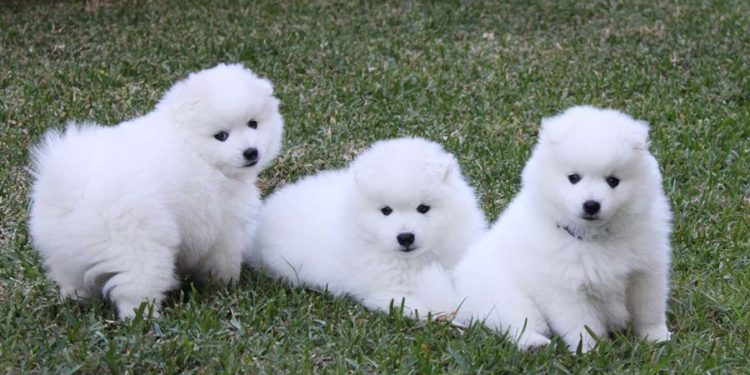 A spitz isn’t a particular breed of dog. Instead, it is a type of dog, which is a much broader category based on various factors such as look, lineage, and intended function. As for the name, spitz comes from the German spitzhund, which can be translated to mean “pointed dog.”

What Makes a Spitz a Spitz?

It can be rather difficult to tell whether a particular breed counts as a spitz or not. After all, it is unclear how spitzes came into existence, thus removing what could have been the simplest and most straightforward way for determining whether a dog is a spitz or not. Even worse, even if spitzes are descended from the same set of ancestors, what evidence we have suggests that this happened so long ago that said information wouldn’t be particularly useful in present times. This is because there have been spitz-like remains from two millennia ago found in Switzerland, which is but one of the wide range of regions where spitzes are known to either exist or have existed, which include but are not limited to the Arctic, East Asia, and the rest of Europe.

Instead, a better solution would be looking at the dog’s physical characteristics. Generally speaking, spitzes are supposed to have pointed ears and longer muzzles. Moreover, they are supposed to have long, dense fur that comes complete with a wool-like undercoat, which is meant to keep them well-insulated in harsh northern climates. On top of this, it is common for spitzes to have a very fluffy tail that is curled over their backs. It is interesting to note that these shared characteristics might be connected to the finding that at least some spitzes possess a much more recent link with wild wolves that what one would expect for most dogs, but how this happened remains a matter of much speculation.

Personality-wise, spitzes can see more variation. However, there are plenty of spitzes that share some things in common. For example, a lot of spitzes are smart dogs with a strong sense of curiosity. Furthermore, they are loyal, good-natured companions, so much so that they are capable of getting along well with not just humans but also other animals as well. Combined, it is no coincidence that a lot of spitzes are very trainable, though their innate stubbornness means that their owners need to maintain a firm, consistent approach to things for the best results.

As for care, well, spitzes can have pretty strong similarities in this regard as well. Generally speaking, they possess plenty of strength and stamina. These characteristics make spitzes capable of performing tough jobs such as pulling sleds in freezing conditions, but these characteristics also mean that companion spitzes need lots and lots of exercise as well as other forms of stimulation to keep them from becoming frustrated. Due to this, spitzes are great companions for people who live active lives but less so for those who prefer to be more sedentary. Besides this, it should be mentioned that the spitzes’ thick coats serve to keep them warm in freezing conditions but need a lot more grooming as well. In particular, interested individuals will want to pay attention when the time comes for their spitzes to shed because that will mean more work for them.

What Are Some Examples of Spitzes?

There are a wide range of spitzes that can be found out there. As a result, even if people aren’t interested in a particular breed of spitzes, that doesn’t mean that they should skip over the other breeds as well. For instance, the Husky, the Malamute, and the Eskimo Dogs are all considered to be spitzes, which makes sense considering their natural resemblances with one another. However, the Chinese Chow Chow and the Shar Pei are considered to be spitzes as well, which is something that they share with the Japanese Akita Inu and Shiba Inu. Other spitzes have originated in other regions as well, as shown by examples that range from the German Spitz and the Pomeranian to the Volpino Italiano.

Summed up, spitizes share a lot of similar characteristics, but there can be enormous variations between them as well. Combined with the fact that dogs with strong spitz heritage can also be classified as spitzes, chances are good that there is a perfect spitz out there for just about all of the people who are interested in owning dogs.