A good dog owner these days will treat their canine just as good if not better than a human.  But given such special treatment millions of dollars are spent on items that you might not need for your dog.  In fact you might be spending thousands more than you need to simply to entertain your dog!

However, if you’re looking to save a few bucks on dog toys then you might want to read on.   We’ve compiled a list of ten do it yourself dog toys that will save you money and keep your dog entertained for hours.   For the record, when you use socks and jeans, it’s been to use ones that haven’t been worn already so the dog won’t associate any scents with them…. 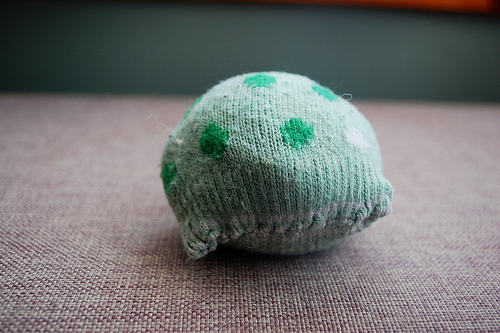 The Sock n Ball – you need a sock and a tennis ball. Place the ball inside the sock to the toe-end, and then tie a knot just above the ball to seal it inside. Probably the cheapest, easiest, and handiest DIY pet toy you can make. 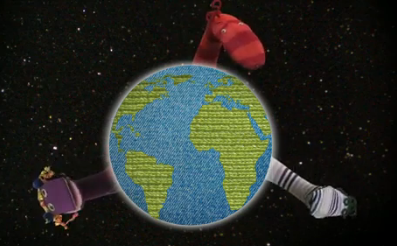 A Snack Sock – you need 2 small socks and some dog treats. Place the snacks inside one sock and then ball it up (the usual way you do when you put socks in a drawer). Then, put it inside another sock and tie a knot in the sock to seal it inside. Your pup will smell the snacks inside and love the challenge of getting them out 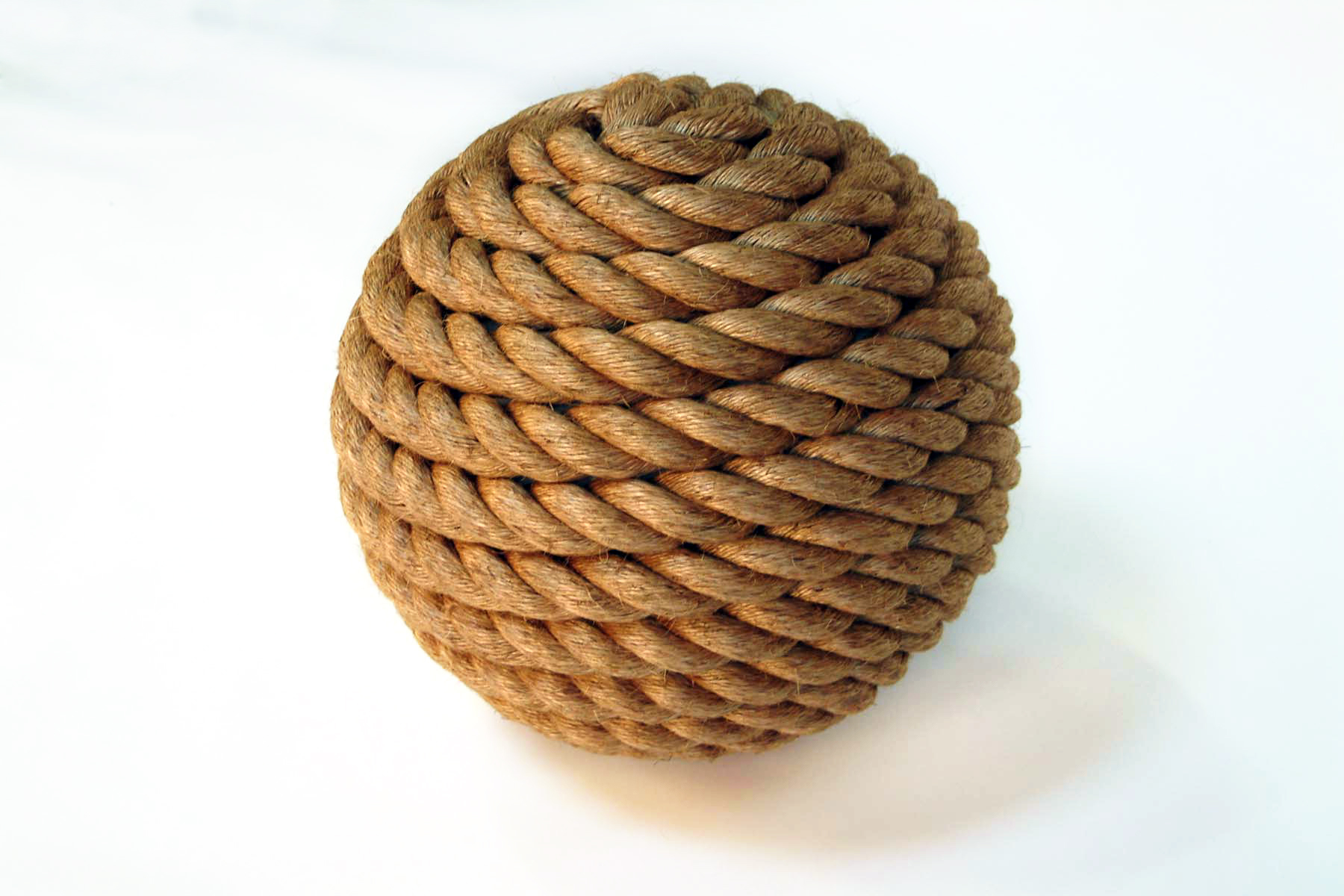 The Rope Ball – you’ll need a piece of old rope and a tennis ball. Drill or cut a hole in each side of the ball, big enough for your piece of rope to squeeze through. Put the rope through it until the ball is central, and tie knots either side of the ball to keep it in place. Tie knots at the ends of the rope for grip. You now have a killer tug-of-war toy that is also good for fetch and chewing. 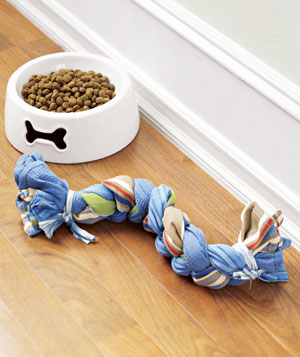 Kitchen-Towel Braids – you’ll need one old kitchen towel. Braid the towel as you would hair. Knot the loose ends and you have a tough dog rope toy that’s way cheaper than the ones in the stores. For a tougher toy, or for bigger dogs, braid three complete towels together and tie the ends or sew them up 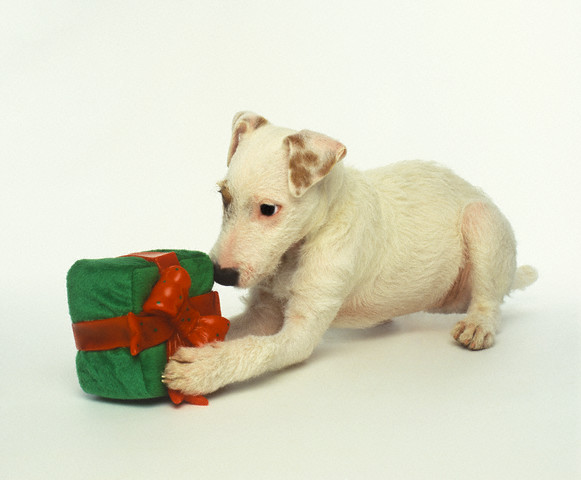 An Empty Cuddly Toy – you’ll need an old cuddly toy 🙂 Just take an old stuffed toy and remove all the stuffing. Then sew it back up. That’s it! 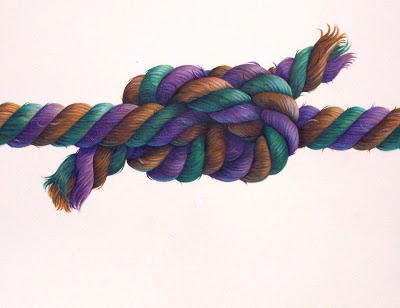 One Big Knot – You’ll need a strip of fabric. Tie a knot in the center of the fabric. Then a knot around that one. And repeat the process until you have one giant knot. Also, soak the knot in water and put it in the freezer. Your dog will love it! 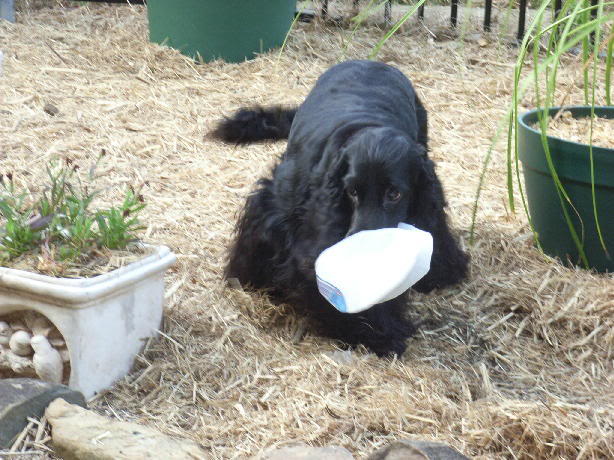 Milk Bottle with Treats – you’ll need a plastic milk bottle and dog treats. Remove the plastic cap and throw it away. Put a dozen or so treats inside and then give it to the dog. Your pooch will bite and scratch and throw around that bottle until the last treat has fallen out, which could take hours 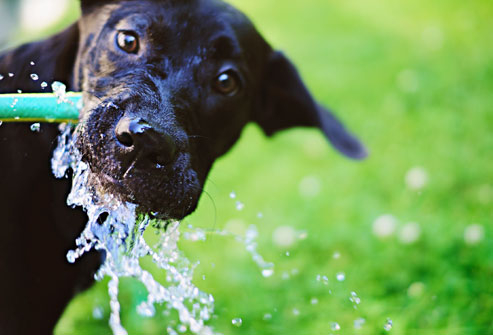 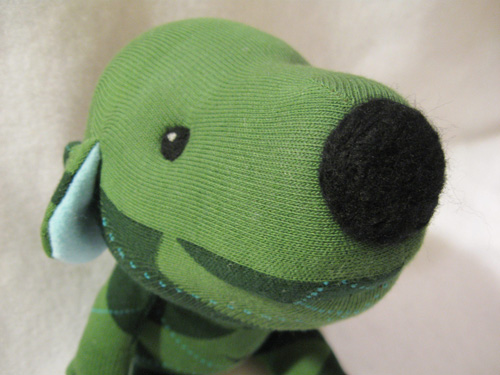 The Crackling Sock – you’ll need an empty plastic bottle and a sock. First, take the cap off of your plastic bottle and throw it away (it’s a choking hazard) Now squeeze all of the air out. Put this inside of an old sock and tie a knot in the end of the sock to keep it in place. The sound of the crackling plastic, and the texture, will be something your pup will go nuts for. 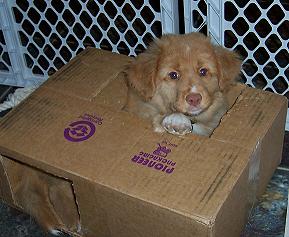 An Empty Box – just like cats, whip out an empty box and you’ll be amazed at how amazed your dog might be by it. This works better for puppies.

Thanks to Wisebread for these suggestions

20 Things You Didn’t Know About the Kishu Ken

20 Things You Didn’t Know About the Bugg Breed

20 Things You Didn’t Know about The Aussiepoo

What is National Black Dog Day?

10 Pet Apps Your Dog is Going To Love

Leukemia in Dogs: Causes and Treatments