The condition of albinism is defined as the absence of color. Albinism may be rare, but it can occur in all animals. This includes dogs as well even though it’s quite rare to see a true albino dog. Most of the time, people might mistake a white dog for one that is an albino. However, albino dogs have very specific characteristics and physical traits that point to their condition. Much like other albino animals, albino dogs are merely unable to produce sufficient melanin, therefore rendering the animal completely devoid of color. Be that as it may, albino dogs are still great companions much like their colored counterparts are. Here are 10 facts you should know about albino dogs.

Unlike normal presentations of albinism in other animals, albino dogs don’t actually have pink irises. When you look at other albino animals, they clearly have abnormal pink eyes. For albino dogs, the true determinant of albinism would be the lack of pigment around the eyes.

The reason why it’s so easy to mistake white dogs for albino dogs is because there are a couple of dog coat patterns that resemble the coat of albino dogs. Merle and piebald patterns are two examples of such. True albinism is a genetic trait, and in order for a dog to become albino, it would need to have to copies of the recessive gene. 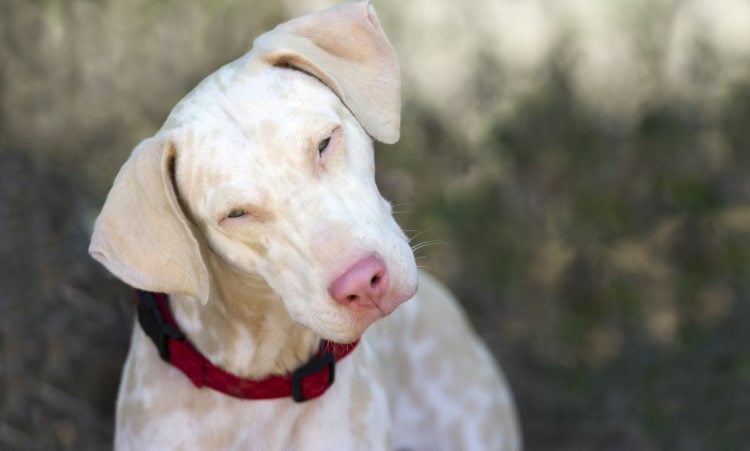 It’s known that albinism can cause a myriad of health issues for animals, and the same is true for dogs. It can even cause a few genetic deformities. The most obvious health concern for albino dogs would be sensitivity to light, both for the eyes and the skin. This is a major concern regarding the development of skin cancer.

Light sensitivity is a given for albino dogs, but there are a few other eye issues that come with albinism. Albino dogs might possibly have abnormally small eyes. They can also have deformities in other eye parts such as the lens, iris, sclera, and others. These conditions are unfixable, and because of this, they can have poor vision or blindness from birth. 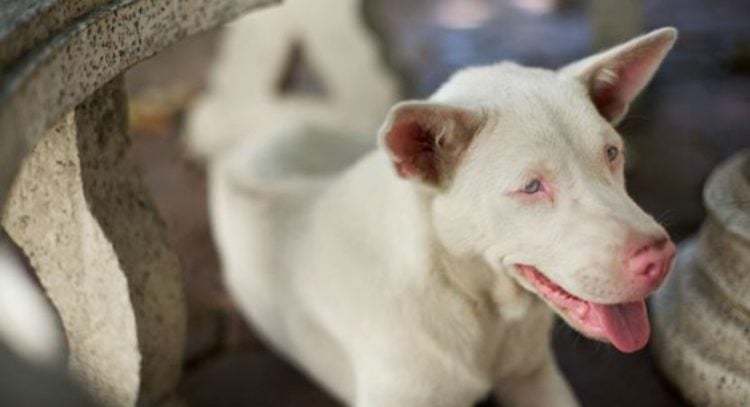 Because of all the health issues, it’s natural that albino dogs require extra care than usual. The most important measure to take is protection against the harmful UV rays. Don’t be surprised if you see albino dogs wearing sunglasses or goggles. Apart from making them look cooler than other dogs, these gadgets are their best defense against the sun.

It’s possible for a dog to be partly albino. Most of the time, some pigmentation will manifest itself noticeably on the nose or the stomach. The small amount of melanin produced in the case of partial albinism will be noticeable but still pale enough. 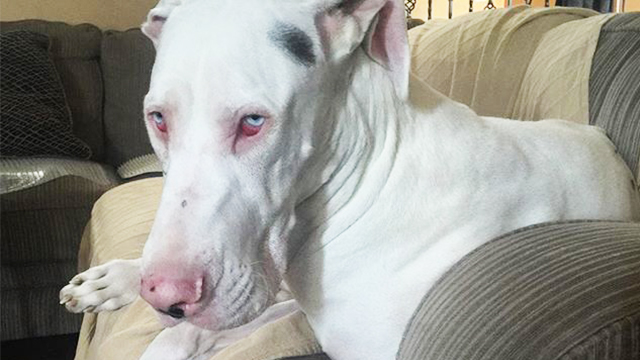 Misdiagnosis of albinism is common. To get proper and the most accurate diagnosis, you’ll need to get genetic testing done. Even then, you’ll have to make sure that the veterinarian reading the results has experience with albinism. Otherwise, you can run the risk of getting a wrong diagnosis either way, resulting to incorrect treatments and plans of care. 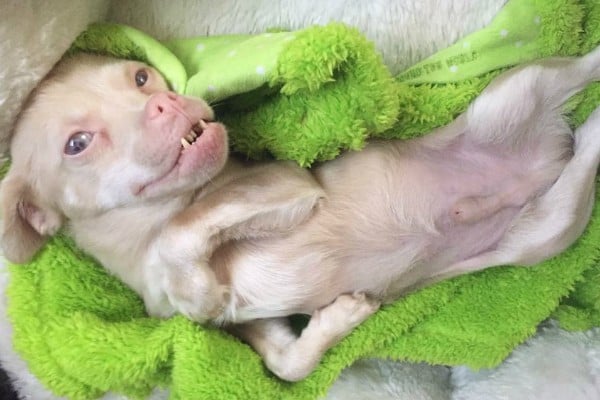 Although they may look different and although they may be more prone to sickness, albino dogs have personalities just like any other dogs. They will generally carry on the typical characteristics of their breed, and they’re usually friendly, energetic, and as loyal as any dog could be.

Perhaps the most difficult part about taking care of albino dogs is their short life span. You can expect the life of an albino dog to be limited in many ways considering that they can’t spend a lot of time in the sun. However, albino dogs can still have meaningful lives with their human companions regardless of how short it may be.