The Golden Retriever did not become one of the most popular breeds in the world for no reason. They are incredibly affectionate and intelligent dogs, who are just as smart as they are playful. But there is much about this breed that people do not know. We thought we would take a moment to tell you some traits about this wonderful breed that you some of you may have missed. Heck, half the time we write lists like this even we learn something. Here are 10 things you didn’t know about the Golden Retriever. 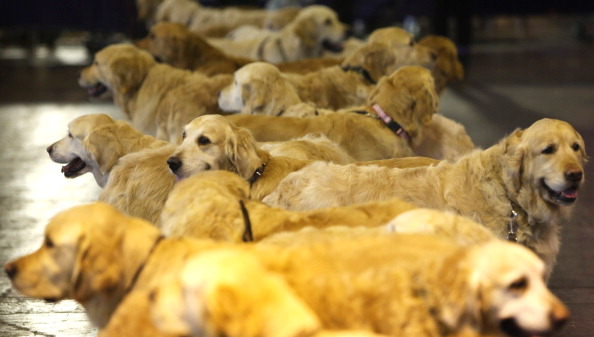 They Are One Of The Most Intelligent Breeds of Dogs Out There: They are Fourth most intelligent, just under Poodles and German Shepards. This is just one of the reasons why you see so many Golden Retrievers as service dogs so much more than any other breed.  Yes, they are playful, but they work harder than most other dogs out there, too. 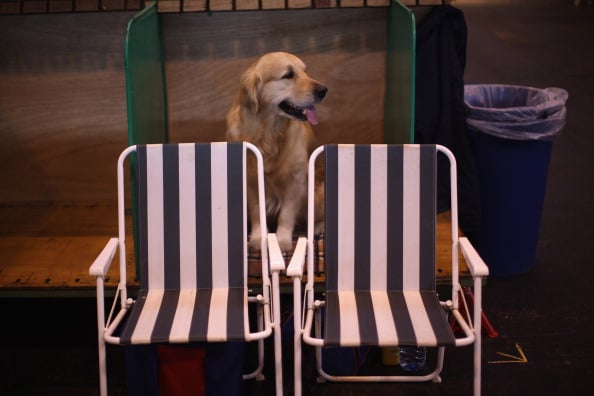 They Adore Children: The Golden Retriever breed has gained its popularity for how friendly it is, but it seems to have a special place in its heart for kids. You might have actually known this, but it is one of the best traits of the breed, so we had to mention it. You really haven’t seen cute until you have seen a baby interacting with a Golden Retriever. The dogs are just so sweet and gentle, it fills you full of awwwww. 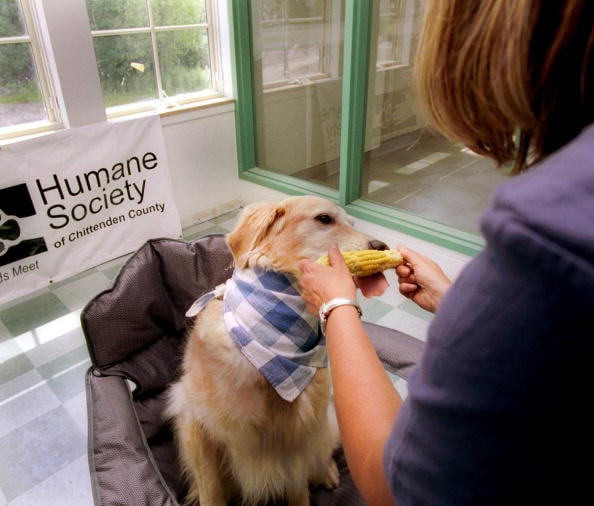 They Can Get Depressed If Neglected: We know this stands as a fact for most breeds, but the Golden Retriever more than most.  Someone the dog loves passes away or stops coming around, you can actually tell the effect it has on your dog. This can then lead to reactive boredom behavior, like digging up the yard or chewing on furniture. Not something you have to worry too much about, as making your dog smile is the real priority of most dog lovers. 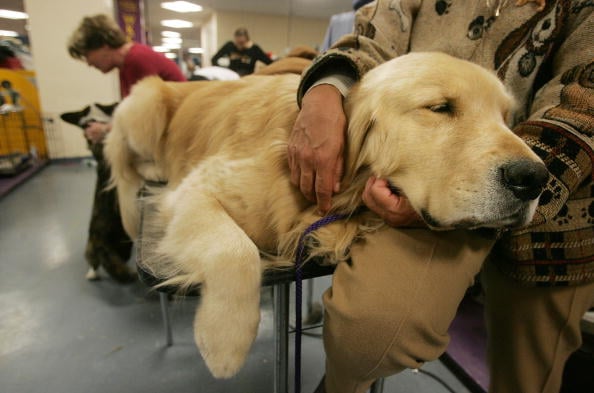 They Earned Their Name for a Reason: The Golden Retriever is named such for its ability to catch and retrieve. Initially this was (and still is) used for hunting, it has evolved into quite the family dog over time. Though that may seem straight forward enough, it is almost as if this breed would play catch forever if given the chance. But who cares? Most of us are down for an epic game of fetch with a Golden Retriever, any day. 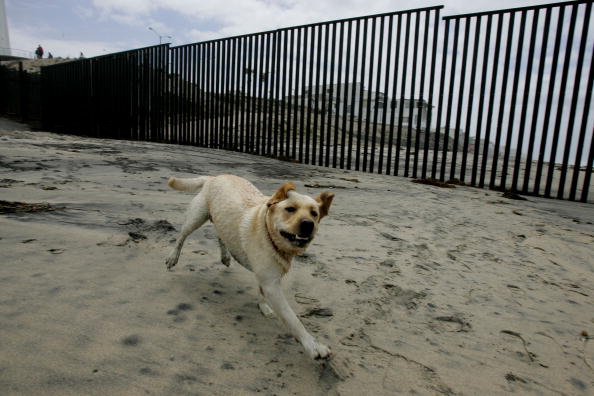 They Can Get Human Diseases: The activity level that Golden Retrievers function on actually has a lot to do with survival. The breed (as many breeds) can get heart disease if they are inactive or get overweight, and diabetes has been a growing trend among less active Golden Retrievers who may not have ideal diets. So as long as you keep them active, you will keep them fit and happy. 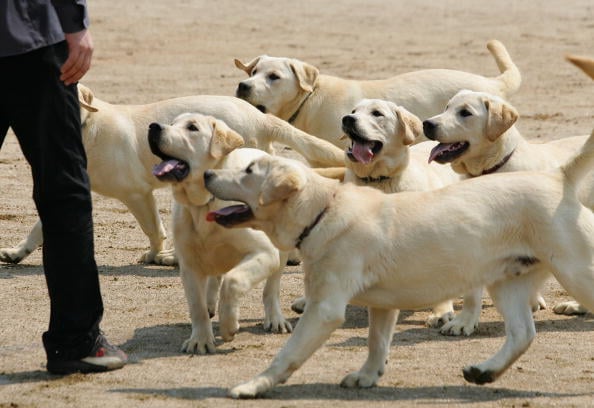 They Are One Of The Easier Breeds to Train: This goes hand in hand with their level of activity and their intelligence, both which are very high. The Golden Retriever breed is actually one of the easier and more responsive breeds to train. This also bleeds into why so many of them are service dogs, as mentioned earlier. 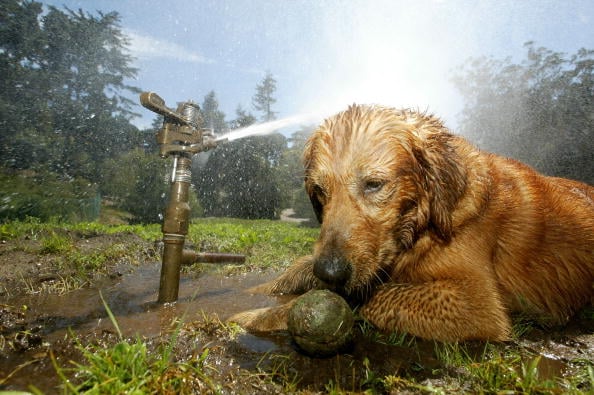 They Helped The Survivors of the Sandy Hook Shooting: Though we don’t want to focus on any bad news, this is actually heart warming and reminds us why we have such a strong affection towards this breed. Because they have such a strong affection towards us. After the Sandy Hook tragedy, many Golden Retrievers were sent to help the children deal with the trauma of what they saw and experienced. It is a lot more difficult to be sad when you have a dog, snuggling up on you, reminding you that things will get better. 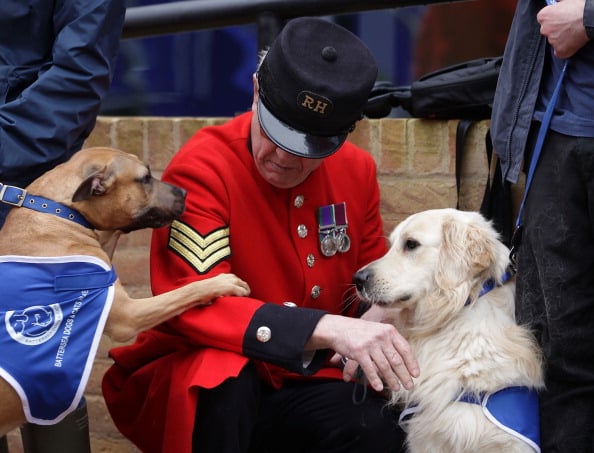 Some Golden Retrievers Are Said To Have the Intelligence of a Two Year Old Child: We speak of this loving, loyal breed and how playful it is, but I don’t think people understand just how brilliant the Golden Retriever breed is. It is said that the intellect of some smarter breeds (such as Golden Retrievers) can equal that of a two year old child. It is insane to think that we just don’t know the true scientific lengths of dog intelligence, but as cute as your Golden Retriever is, he could be smarter than your one year old baby. That kind of puts things in perspective about how amazing this breed is. 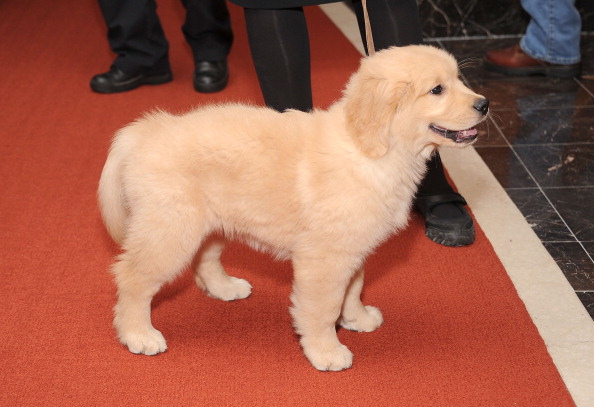 Air Bud (From the Movie) Was A Real Dog: Though the Disney movie may have fabricated just how good the dog was at Basketball (no, it never joined the NBA), Air Bud was a real Golden Retriever who could play basketball well enough that he actually could jump up, hit the ball with his nose, and get it in. I will be honest with you. I am pretty sure this Golden Retriever is better than me at basketball. Again, another aspect of the breed that really puts it in perspective how smart they are and what they are capable of accomplishing. 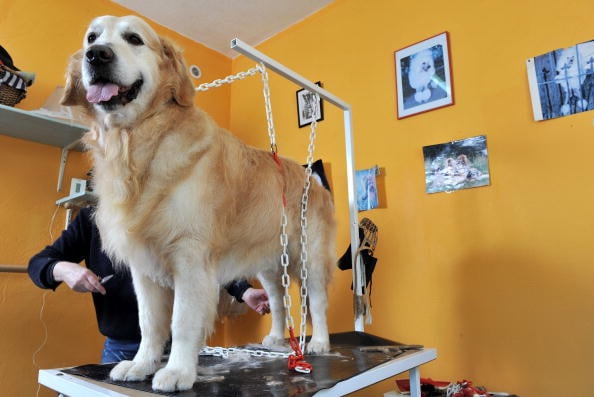 Some Live As Long As Sixteen Years: Take everything above on this list into account and think about how awesome it would be to get to share sixteen years of your life with this wonderful breed. While most commonly live between 12 and 14 years, there are many examples of the Golden Retriever living to sixteen. We know we all wish our dogs could live forever, but sixteen is a pretty sweet run for a furry best friend.