It is funny to think, but what dog breeds are most popular often changes from place to place, from country to country and even from city to city. Certain dog breeds are just better acclimated to certain parts of the world. While some may think that New York City might not be the best city for dogs, that would be an unfair assumption. Some dogs really thrive in the city and have no problem being confined to an apartment some of the time. But also, don’t forget, there are many areas and diverse suburbs to New York. But this got us wondering, what are the fifteen most popular dog breeds in New York City? This led to some in-office debates, some heavy research, and finally, this list. Here are the 15 most popular dog breeds in New York City. 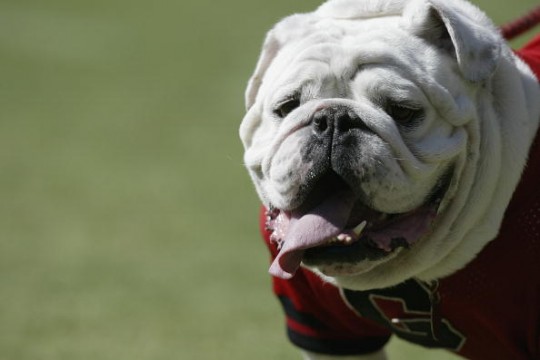 This breed has been the reigning champ over NYC this year. People seem to have slowly figured out they have a very calm, mellow demeanor. And that they don’t require massive fields and hours of exercise. On top of that, we really believe Bulldog’s have the greatest personalities. They are like that one lazy but extremely lovable friend you have who always manages to put you in a good mood. 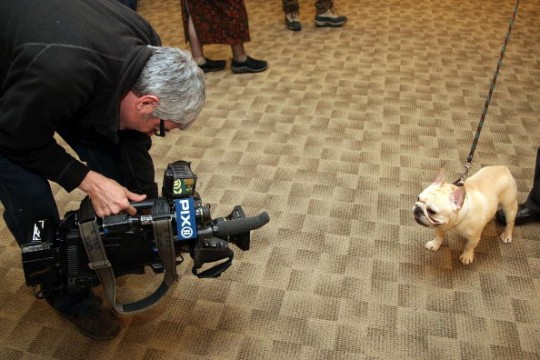 Naturally, with the Bulldog getting so much attention in New York City this year, you knew that the Frenchie could not be far behind. The French Bulldog is a wonderful companion dog for anybody living in the city (or anywhere). They can be a little stubborn, which can sometimes fit in really well with most New Yorkers.  Oh come on, you have to admit that it’s true!  I’m from New York and I can admit that about myself. 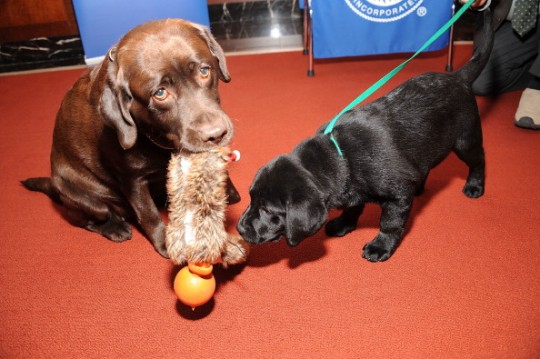 Up until last year, this had been the breed that was on the top of the most popular dog breeds in New York City for years now. A great, even-tempered dog that is very well behaved around others, Labs have pretty much stolen everyone’s hearts, everywhere. Matter of fact, you look at most popular breeds for other states, this dog is always in the top three.  It’s tough to argue against this breed.  You rarely hear anything bad about them. 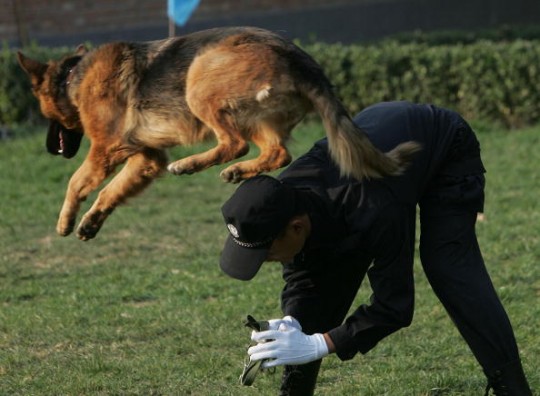 Though it may surprise many to find this out, the German Shepard dog is actually the third most popular dog in all of the country. Though slightly larger in size then some of the others on this list, they are great, loyal dogs who will also be protective of their owners if the situation asks for it. A dog known for its smarts, the German Shepard’s intelligence is a big draw for many when it comes to this breed.  Plus they’re very easy to train which is a big plus in a big city. 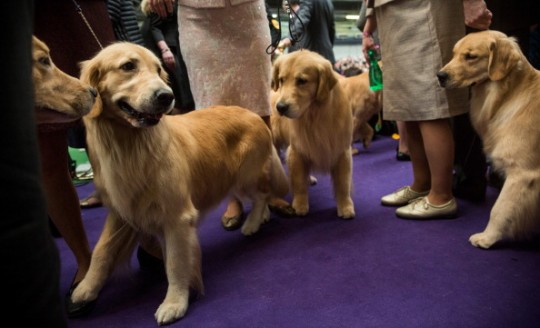 Ah, no surprise here. Another all-around favorite of many. The Golden Retriever has gained so much popularity over the years by being a naturally curious and fun loving dog. On top of that, it tends to pretty much get along with everyone, and is cute as a button to top it all off. Good dog for one person, or a good dog for a whole family, the Golden Retrievers are just a classic reason why so many people love dogs.  Plus they’re just so good looking! 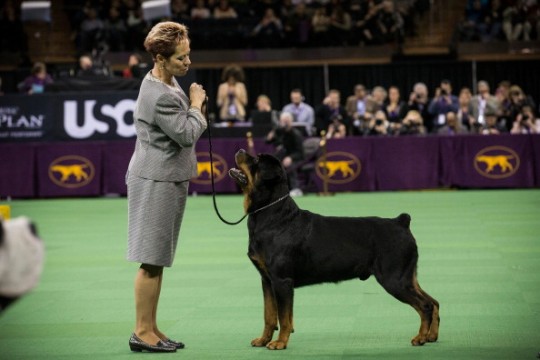 We are happy the stigma that once surrounded this incredibly loving and loyal breed has slowly become less and less of an issue. In the 90’s, people were terrified of these dogs. But over time, as people spent time with them they realized (as with certain other breeds we will bring up later) that these dogs are really just giant teddy bears. The size just makes people focus on the “bear” part. Really, though, these dogs are one of the most affectionate dogs we have ever met, which is probably what helped them land on the list of most popular dog breeds in New York City. 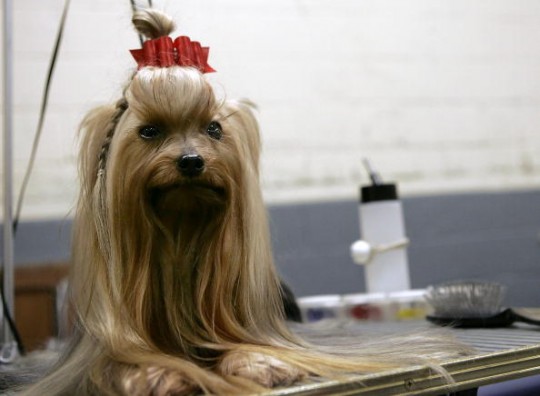 We know you all were waiting for us to get to the “toy breed” section, and here we are. The Yorkshire Terrier, or Yorkie, as it is more affectionately known, has grown in popularity as a city dog over the years. This is no doubt because of their size (making more landlords less likely to say no than they would to a larger size dog) and because toy breeds are extremely popular with high society right now. More on that revelation later. 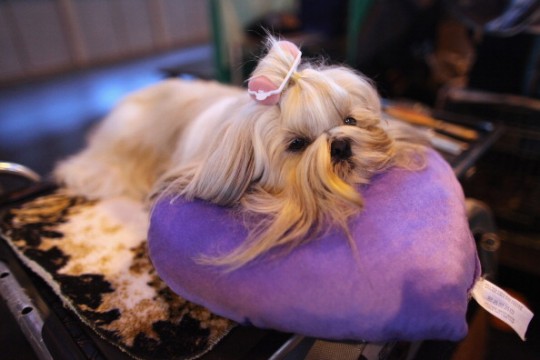 A big part of what landed the Shih Tzu on the list is just how friendly it tends to be with everyone. In a place like New York City, where so many people and other animals all cross paths with one another, you want to ensure you have a dog that will be comfortable with that, and the Shih Tzu is the perfect example of that. Plus, despite its small size, this is a dog that can truly be a diligent guard dog. They are always alert and can be quite vocal if something (or someone) seems out of place. Sort of like an adorable car alarm. 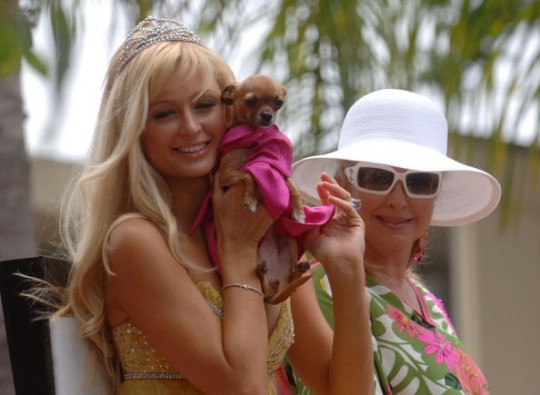 Okay, we know, and we are sorry. But we had to include a picture of Paris Hilton with a Chihuahua because, in all honesty, she is a big part of the reason this breed has risen to popularity in NYC. You don’t have to like her, but she has definitely brought this breed some attention, and you can’t hate her for that. She is part of that “high society and toy breeds” connection we spoke of earlier. But just because you can carry your dog in your purse does not make it any less of a dog.

Time to get to some of the trendier dogs. That dogs that have gained popularity because they are trendy. A lot of the hypoallergenic breeds fall into this category. But this is not a bad thing, because people cannot help but fall in love with this breed, even if they do usually belong to hipster couples. Let us also take a moment to remind you, no breeds are hypoallergenic. All dogs shed dander. Some just shed less. 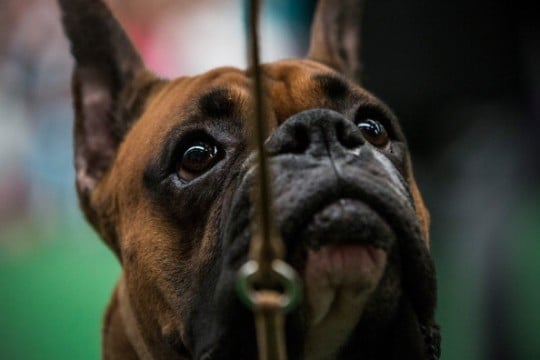 It is nice to see some of the classics make the list as well. The Boxer is a very playful breed, and they tend to get along really well with kids, which is also a big plus for city dwellers. Though they are stocky, strong dogs who require a lot of exercise, just don’t think of NYC as a thriving Metropolis. There are plenty of great parks and places that these dogs can still get the exercise they need. One more bonus is that can be very protective of their families, which is a nice bonus when living in or around a city. 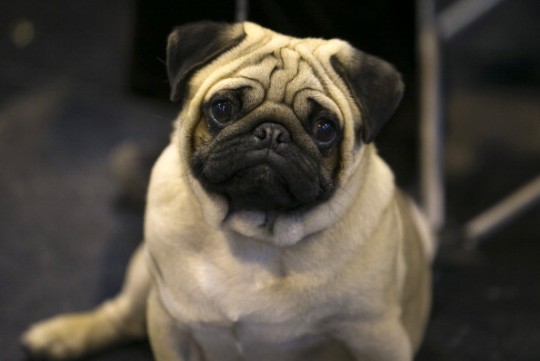 The best way we can describe a Pug is that it is a much larger dog, squashed inside a much smaller dog. They are brave and confident, and tend to have lots of personality, which naturally draws people to the breed. They can be very strong willed, but don’t confuse that with aggression. Pugs are very rarely aggressive. Another reason we think they made the list is because they really like taking naps. Some people just want a dog they can take naps with in between all the madness, and Pugs are perfect for that. 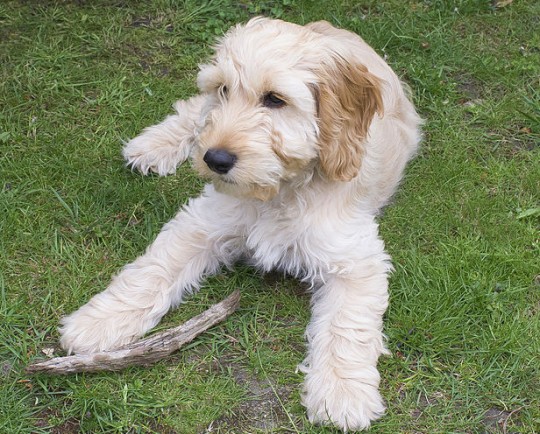 The Cockapoo is another one of those dogs that if you brought it up fifty years ago, people would have looked at you like you had two heads and were talking about science fiction. Part Cocker Spaniel and part Poodle, it is another one of those “designer dogs” that most people can’t afford. Thing is, if you can afford to live in New York City, you can probably afford a designer dog. But don’t write it off because it is a hipster, trendy, designer dog. It is an amazing breed who has some of the best personality traits of both the dogs it is bred from. Plus, the less dander and cute factor make it a perfect dog for city living. 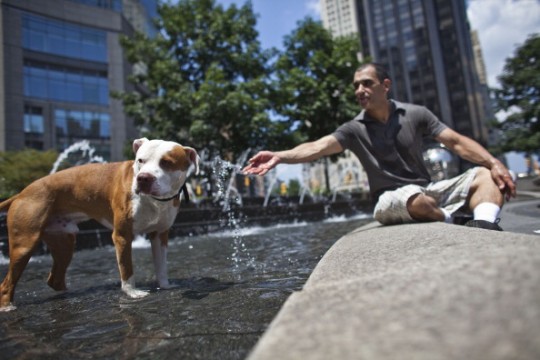 Let’s get something out of the way, right away. The reputation this dog breed has is unfair. An aggressive dog is 99% the result of an aggressive or angry owner. We also understand that certain outlets in NYC ban this breed or fear them. But, that makes them no less popular and no less deserved of a good home, does it? Much like with other misunderstood breeds mentioned earlier on this list, anyone who has spent some time with this breed can tell you, they are loving and loyal as all get out. Don’t get me wrong, put them in the wrong hands and it can be bad. But you can say the same thing about a kitchen knife. 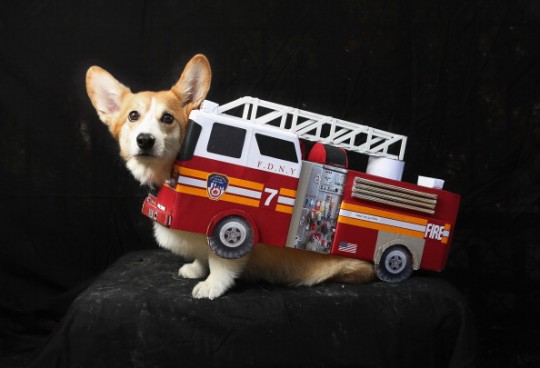 Well, who else is going to go around and put out all the fires in the city? No, but all kidding aside, this breeds rising popularity over the years has quite a bit to do with the internet and adorable photos that go viral, like the one above. But there is much more to this breed than just being cute. One downside is that can be quite vocal at times, so your neighbors may not like that much. That is why the Corgi lands at the bottom. So there you have it.  Now go adopt a dog!

A Complete Price Guide For the Chow Chow

A Complete Price Guide for the Bichon Frise