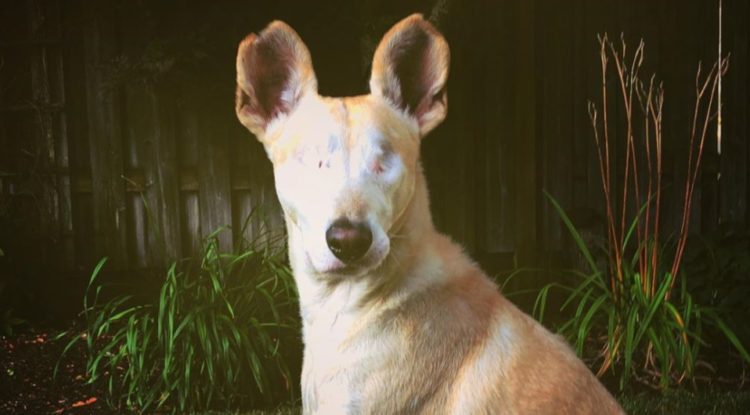 As a species, we tend to be very fond of our canine companions. Due to this, it is natural that a wide range of dogs have managed to become famous through social media. One excellent example is Cabo, who can be found on the short-form video app TikTok. Of course, it is common for each of these dogs to have something that distinguishes them from their counterparts. In the case of Cabo, this would be his blindness, as stated by his handle of @CaboTheBlindDoggo on TikTok. For those who are curious, Cabo is blind because he has no eyes. However, he wasn’t born with no eyes. Instead, Cabo had to have his eyes removed because of a very serious illness. Fortunately, he had a family who loved him and continues to love him, thus enabling him to make a smooth transition to a life without sight. Certainly, Cabo still faces challenges because of his condition, but on the whole, he is a powerful reminder that blind dogs are still more than capable of living a happy, fulfilling life so long as they receive the support that they need.

What Can Cause a Dog to Lose Their Eyesight?

There are a number of problems that can cause blindness in dogs. For instance, there are some dogs that are born blind, whether because of an inherited condition or because of some issue while they were still in the womb. However, there are also a lot of dogs who are similar to Cabo in that they have been blinded because of some kind of medical issue. One example of such issues would be a cataract, which is when the natural lens of the eye becomes clouded. Generally speaking, cataracts aren’t something that happen on a sudden basis but will instead become worse and worse over time, with the result that the affected eyes will become whiter and whiter over time. Eventually, there will come a time when the entire eye turns white, thus indicating a total loss of vision. Unfortunately, while cataracts tend to be obvious enough that dog owners can pick it up in time to get professional assistance for their dogs, there are cases in which the symptoms are much less noticeable.

Besides cataracts, the inflammation of the eye can have serious consequences such as blindness as well. Even worse, inflammation can be caused by numerous issues, with examples ranging from viral infections and bacterial infections to trauma and even insufficient tear production that leads to excessive dryness of the eye. Other medical issues that can lead to blindness include but are by no means limited to glaucoma, progressive retinal atrophy, and SARDS, which is short for sudden acquired retinal degeneration syndrome. Summed up, there are a lot of medical issues that can threaten a dog’s eyesight, though there is some consolation in the fact that dog owners can take meaningful steps to protect their dogs for most of them.

How Well Can Dogs Manage With No Eyesight?

By this point, some people might be wondering how well dogs can adjust to a life without eyesight. In case Cabo wasn’t convincing enough on his own, the answer is that blind dogs are perfectly capable of adapting to their new circumstances, particularly when they receive the proper support. In fact, one could make the argument that blind dogs are actually more capable of adapting to a life without eyesight than a blind human. This is because while sight is an important sense for dogs, it isn’t their primary sense. Instead, that would a dog’s sense of smell, which is better than that of a human by between 10,000 to 100,000 times. As a result, a blind dog can get a lot more information about their surroundings from their nose than what a blind human can manage. Something that should be considered noteworthy because blind people are perfectly capable of living happy, healthy lives, which in turn, suggests that blind dogs should be perfectly capable of living happy, healthy lives as well.

Should You Consider a Dog With No Eyesight?

Some people might be wondering whether they should adopt a blind dog or not. This is important for a couple of things. One, there are already more dogs in animal shelters than there are people who want to become dog owners, meaning that there are a lot of dogs in need of a home to take them in. Two, blind dogs have it worse than their sighted counterparts because their lack of sight is not regarded in a positive light by most would-be dog owners, thus making it that much more difficult for them to find a home that will take them in.

With that said, if people want to take in a blind dog, they need to make sure that they are prepared for the challenges. For example, people who are interested might want to think about training their blind dog to recognize stairs as well as potential obstacles via voice commands, thus making it easier for their canine companion to navigate their surroundings with some human guidance. Likewise, it is a good idea to examine the home from the approximate perspective of the blind dog in an effort to discover things that could endanger them when they are moving about at faster speeds. Ultimately, so long as interested individuals are willing to put in the time and effort, they should have no problems taking care of a blind dog in their home.