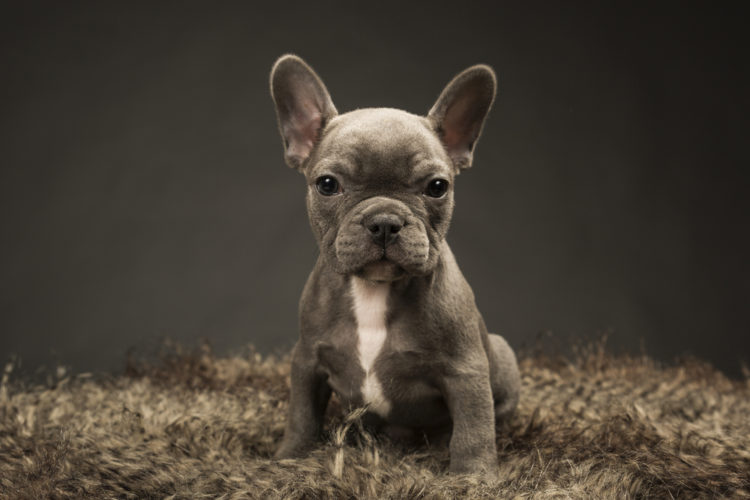 Bulldogs have been around for a long time. It is believed that the originals came into existence for the purpose of helping butchers control to-be-butchered livestock. However, the characteristics that made bulldogs useful in that role made them useful for the bloodsport of bull-baiting as well, so much so that said animals became best-known for that latter role for a few centuries. In fact, when bloodsports were banned in the United Kingdom, there was a real chance that the local bulldogs could have gone extinct because of the sudden drop in demand. Fortunately, interested individuals took them in new directions in new places, thus resulting in a number of new bulldog breeds. One excellent example would be the French Bulldog, which came into existence in said country for the purpose of being companion animals.

There are a number of things that interested individuals need to know about blue-colored French Bulldogs and lilac-colored French Bulldogs if they want to get one of these animals. As mentioned earlier, they won’t receive official recognition from most kennel clubs. For some people, this will be a non-issue because they don’t care about that. However, those who want to be involved with kennel clubs might find this to be a deal-breaker. Theoretically, kennel clubs can change their standards. Something that has happened for French Bulldogs in the past. In practice, well, suffice to say that kind of thing doesn’t just happen all of a sudden, meaning that it isn’t a realistic consideration. Moving on, blue-colored French Bulldogs and lilac-colored French Bulldogs are the same as other French Bulldogs in most respects. Unfortunately, there might be health issues with them that interested individuals should look up. In particular, they need to watch out for color dilution alopecia, which is an inherited condition that causes a dog with a diluted color to lose its hair over time. French Bulldogs in those aforementioned colors are far from being the only dogs to suffer from this issue. However, they are definitely capable of suffering from it. In fact, it should be mentioned that color dilution alopecia is one of the biggest obstacles standing in the way of them receiving official recognition. Better skin care might be helpful for these cases, so interested individuals might want to look into that as well.

Besides this, it should be mentioned that blue-colored French Bulldogs and lilac-colored French Bulldogs might be more inbred. This isn’t guaranteed to be the case. However, the fundamental fact of the matter is that these colors are rare because the dog needs to express either one or two recessive genes. As a result, there are unscrupulous dog breeders out there who choose to produce more of them by just breeding the right colors together, thus increasing the chances of the puppies inheriting the right combination of genes. Inbreeding increases the chances for other recessive traits to show up, which can result in a wide range of serious health issues. Speaking of which, it is a good idea for interested individuals to be very careful with their dog breed if they are interested in getting one of these dogs. Essentially, there are a lot of unscrupulous dog breeders that will focus on maximizing the price that they can get for their dogs by playing up the rarity of the color as well as other things that sound nice. If people fall for that marketing, they are going to be taken advantage of. Even worse, unscrupulous dog breeding means a much increased chance of serious health issues showing up in the dog, which can mean a lot of heartache and other losses in the long run. Simply put, interested individuals should always seek out reliable and reputable options because that matters a lot when it comes to what they can expect.

Small dogs tend to live longer than their bigger counterparts. It isn’t uncommon for them to reach 10 to 15 years of age, with some closing in on two decades. The exact cause for this phenomenon isn’t 100 percent clear. However, the gist of it is that small dogs age at a slower rate than their bigger counterparts. Having said that, French Bulldogs aren’t particularly impressive in this regard, seeing as how they can be expected to live just 11 to 12 years. That isn’t too bad, but that isn’t what anyone would consider to be especially long-lived.

There were already bigger and smaller bulldogs by the time that bloodsports were banned in the United Kingdom. The French Bulldog is interesting in that it is specifically descended from the smaller bulldogs. In short, what happened was that lace workers from Nottingham in the United Kingdom relocated to Normandy in France because they were displaced by the Industrial Revolution. As a result, they brought various British dogs with them, which included smaller bulldogs. The latter became very popular in France, so much so that British dog breeders started exporting bulldogs that were considered to be either too small or too flawed in some other way to said country. By the second half of the 19th century, toy-sized bulldogs were almost gone in the United Kingdom, not least because of this trend of exporting them. Over time, these bulldogs gradually developed into a dog breed in their own right because of the interest of a wide range of French dog owners with a wide range of circumstances. The exact changes are unclear because the process was never fully-documented. Still, it is clear that there were some pretty dramatic steps involved. To name an example, interested individuals might have noticed that French Bulldogs have long, straight ears, which is unlike a lot of other bulldogs. This is because their ancestors were crossbred with local ratters, thus resulting in one of their most distinctive characteristics.

Faced Some Difficulties with Getting Recognized in Some English-Speaking Countries

Eventually, French Bulldogs started making their way to English-speaking countries, though they faced some challenges in getting recognition from some of the local kennel clubs. For example, the American Kennel Club had a relatively relaxed attitude on the matter. In contrast, the Kennel Club was much more reluctant, not least because a lot of Bulldog breeders were apparently very annoyed that the French Bulldogs had diverged so much from their British ancestors. Initially, the dogs were actually recognized as a version of the Bulldog. However, they were eventually recognized by the Kennel Club as their own dog breed in spite of complaints from both Bulldog breeders and Miniature Bulldog breeders. Something that has remained true ever since.

They Are Companion Animals

French Bulldogs are very much companion animals. After all, their ancestors were very popular with people who wanted companion animals rather than working animals, so it should come as no surprise to learn that they have been developed towards this direction. This has had a huge impact on the French Bulldog’s personality. To name an example, these dogs are very amicable. As a result, they can get along well with humans as well as other dogs. However, their nature as companion animals also means that they need companionship themselves. Without it, French Bulldogs can develop separation anxiety, which can result in a wide range of undesirable behaviors. This is particularly likely for those that are young, but this is by no means unknown in those that have matured. Due to this, it is a good idea for interested individuals to look into training and socialization sooner rather than later because it is best to prevent these issues from the very start. This is particularly important because French Bulldogs do have some other factors that can complicated matters. For example, they can be somewhat stubborn, meaning that it will be a huge hassle to correct them if they get the wrong idea. Similarly, while French Bulldogs aren’t exactly at the pinnacle of canine intelligence, they are far from stupid. Something that can be very beneficial under some circumstances and very much not so under others.

The average French Bulldog isn’t an extremely energetic animal, though there are always exceptions to the rule. Still, interested individuals need to provide them with daily exercise in the form of either a short walk or some play-time lest they become overweight. French Bulldogs are vulnerable to the heat, so it is best to avoid scheduling these things when there is a risk of them becoming overheated. Play-time is also good for providing them with mental stimulation. However, it is best to avoid too much repetition lest they lose interest because of boredom. Health-wise, regular visits to the veterinarian are a good idea as always. The shape of the French Bulldog’s skull is a serious issue that has been worsened by breeding. Thanks to that, the dog breed is prone to breathing difficulties and other serious health issues, meaning that it is important to keep a watchful eye on their health.

Siberian Huskies to hand in hand with an immediate, “Is that a wolf?” reaction from anyone not familiar with the breed. To be fair, the husky looks strikingly similar to a wolf, so it’s not… 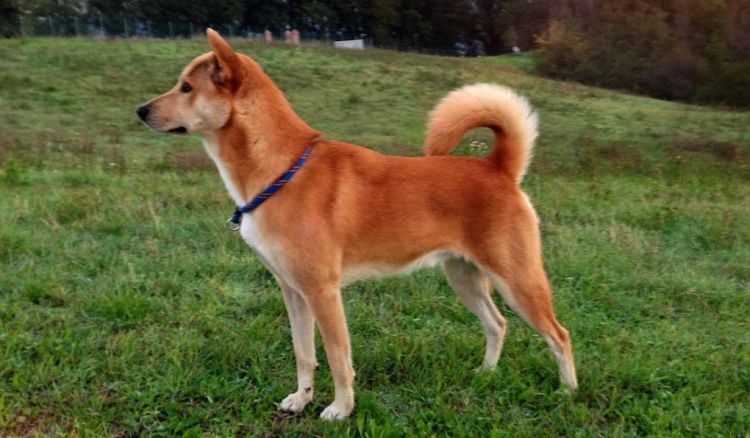 There are some dog breeds that are both popular and well known around the world, such as Labradors and Poodles. Other breeds are less well known across the globe, as they are usually only found… 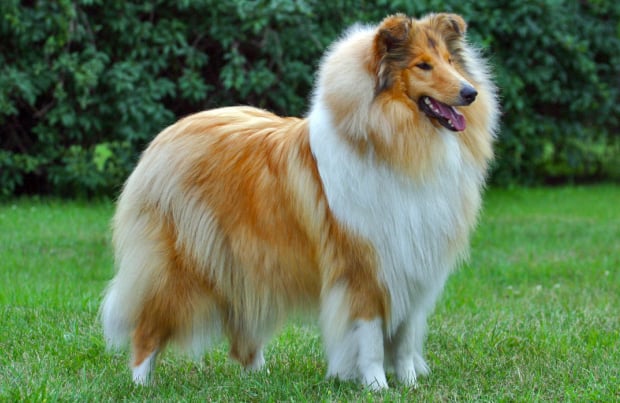 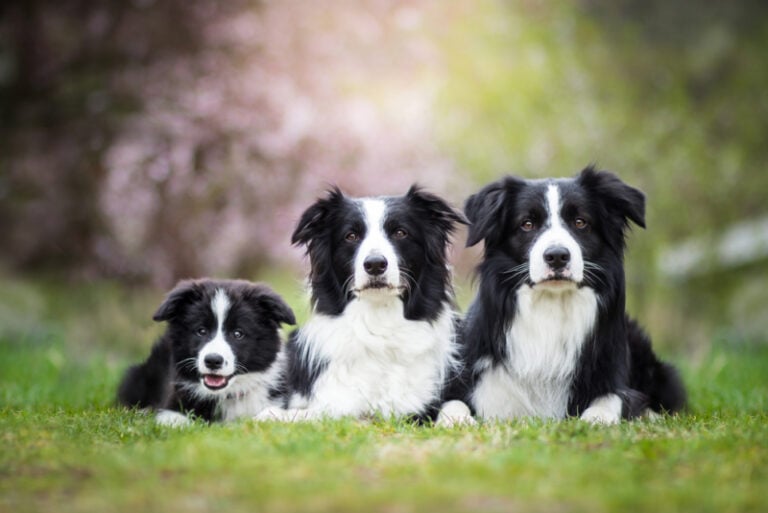 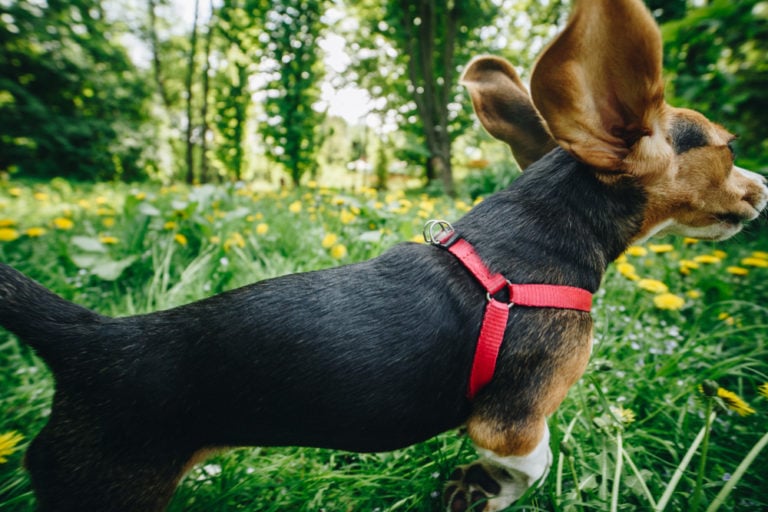 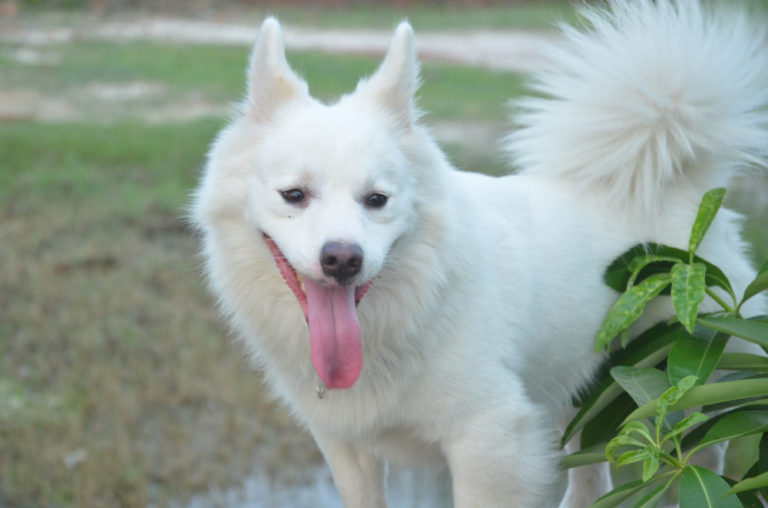 The Indian Spitz is a dog breed that is recognized in India but not in other countries. These dogs are said to be smart, affectionate, and adaptable, thus making them a good choice for a…