The Bully Dog is a breed that is believed to have sprung up in the Pakistani province of Sindh. The breed has a poor reputation in some places because it has been used for illegal dog fighting, but it is important to remember that there is much more to it than that. Here are 10 things that you may or may not have known about the Bully Dog:

1. The Local Name Is Bully Kutta

The Bully Dog’s local name is the Bully Kutta. There are some people who believe that the Bully might have come from either Bulldog or Pit Bull, but most believe that it comes from the Punjabi Bohli, which means “heavily wrinkled.” As for Kutta, it just means “dog.”

Perhaps unsurprisingly, the Bully Dog has loose skin on certain parts of its body. However, while its skin might be loose, it is very tough, thus providing the breed with increased protection. Loose skin is a feature that can be found on a number of breeds that are expected to go up against other animals for various reasons.

3. Mix of Indian and British Mastiffs

It is believed that the Bully Kutta came from Indian mastiffs that were crossbred with the British mastiffs brought over by British imperialists. In modern times, there are multiple versions of the Bully Dog because each part of the Indian subcontinent under British rule had its own particular preferences.

4. Sometimes Confused for the Indian Mastiff

People sometimes confuse the Bully Dog for the Indian Mastiff, which is understandable because there is real uncertainty on whether the two should be considered two separate breeds or not. Suffice to say that the political tensions between Pakistan and India haven’t helped in this regard.

Regardless, Bully Dogs are very much working dogs. For example, they saw a fair amount of use as guard dogs. However, there were plenty of Bully Dog owners who used them for hunting as well. 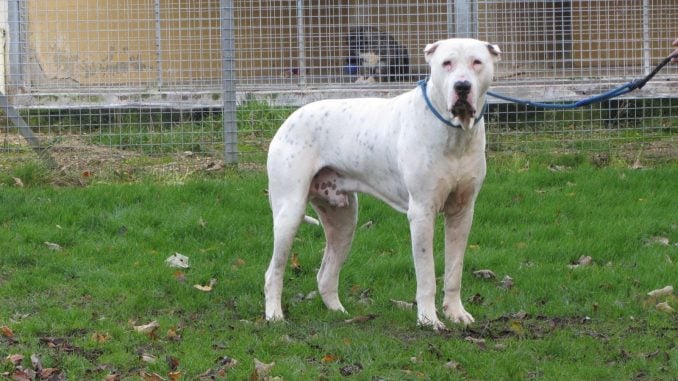 Given the nature of their duties, it should come as no surprise to learn that Bully Dogs can be aggressive towards other dogs as well as other animals. As a result, they are not good fits for multi-pet households. For that matter, they are not good fits for families with young children. This is particularly true because Bully Dogs are such big dogs.

7. Will Do Better with Proper Socialization

With that said, Bully Dogs can do much better when they have received the proper socialization starting from a young age, with the result that such dogs can be trusted with young children. Having said this, this is true for most breeds out there, meaning that good socialization should be considered a must when it comes to dog training.

There are those who have called the Bully Dog a dominating canine. Essentially, they mean that the breed has a very dominant nature, meaning that they can pose a serious challenge for people who are not prepared to handle such tendencies. Due to this, the Bully Dog isn’t a breed for the inexperienced dog owner but should instead be entrusted to those who know what they are doing and no one else.

9. Can Make for Great Guard Dogs

Under the right circumstances, Bully Dogs can make for great guard dogs. By nature, they are both smart and watchful, meaning that they are good at picking out potential problems. With the right upbringing, they can be loyal and loving of their family members as well, thus making them a formidable form of protection for those who need it.

10. Has Become Popular in India

It is interesting to note that the Bully Dog has been becoming more and more popular in India. It hasn’t managed to secure recognition from the Kennel Club of India, but that hasn’t stopped it from showing up at more and more dog events in said country. Amusingly, it is said that the Bully Dog is particularly popular with certain segments of Indian youth because the breed is seen as something of a symbol of machismo.