In October of 2016, the city of Montreal passed what amounted to a pit bull ban that will come into effect at the end of March of 2017. To sum up its most important parts, pit bull owners will have to secure special permits for their pets at $150 per permit, which will require a criminal background check as well as the sterilization, vaccination, and microchipping of the animal. Unfortunately, this means that pit bull owners who cannot meet those requirements for whatever reason are going to have their pets put down, while a similar fate awaits pitbulls without an owner. This matter is particularly problematic because the legislation was not as clear as it should be, meaning that the pit bull ban could end up causing the euthanization of thousands of thousands of dogs, which is nothing short of a miscarriage of justice.

The worst part is that the pit bull ban was passed based on false premises. In brief, Dennis Coderre, the Mayor of Montreal, has stated that the legislation is meant to protect Montrealers, which is a response to a recent incident in which a Pointe-aux-Trembles woman was mauled to death by a dog. Although the animal was described by police as a pit bull, documentation for the dog’s owner suggests that it was a boxer, which is not one of the breeds collected under the catch-all name. As a result, it cannot be said that the pit bull ban is a reasonable reaction, not when its conclusion fails to follow from its premises.

How Are People Reacting to the Pit Bull Ban in Montreal?

Unsurprisingly, there are a lot of people in Montreal as well as other regions situated throughout the continent who are not reacting well to the pit bull ban, which in turn, means a wide range of responses meant to either beat it or blunt its impact. For example, the pit bull ban is being challenged in the courts at the moment, though the uncertainties over its ultimate outcome means that it is not much consolation to pit bull owners.

Furthermore, some of the people who dislike the legislation have convinced other people who dislike the legislation to put pressure on the people responsible for passing the pit bull ban, with examples ranging from Pamela Anderson, who is famous for her love of animals, to the American Bar Association, which represents 400,000 judges, lawyers, and law students who are less interested in animal rights than in the miscarriage of justice. Finally, it is important to note the people who are preparing for the worst, as shown by how pit bulls are being moved out of the province of Quebec because while the current pit bull ban is limited to Montreal, there are rumblings suggesting that something similar could pass on a provincial level.

In particular, it is important to note the response of the SPCA, which is responsible for running shelters as well as providing other animal services throughout the city of Montreal. Unsurprisingly, since it was founded on the humane treatment of animals, it has not responded well to the pit bull ban, as shown by its warnings prior to the passage of the legislation that it could force them to euthanize 700 out of the 2,000 dogs that it takes in on an annual basis. Following the passage of the legislation as well as the lifting of a temporary suspension on the pit bull ban, the SPCA has made the decision to stop running its shelters so as to avoid having to make the choice of either refusing to follow the law or euthanizing the dogs that have been entrusted to it, though it will continue providing the rest of its animal services to those that are in need. 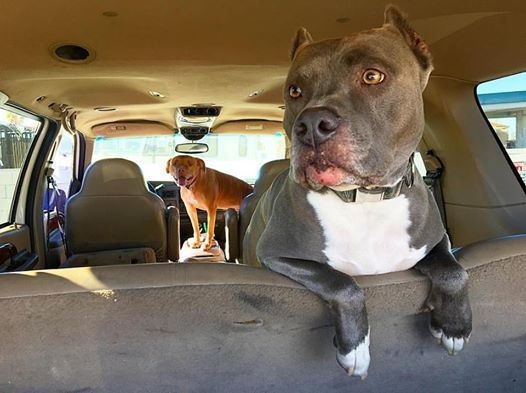 Why Do Pit Bulls Have Such a Bad Reputation?

Much of this problem can be blamed on the confusion over what is and isn’t a pit bull, which is unsurprising when no one is even sure how the dogs came into existence. For example, some people believe that the dogs started out as the molossus, which was a Greek breed that saw extensive use in ancient times as shepherds as well as guard dogs. Over time, the molossus made its way to ancient Britain, which is not as ridiculous as it sounds because the ancient Britons were part of the far-reaching trade networks that bound together the classical world, where it proceeded to become the mastiff.

When the Romans conquered Britain, they introduced the mastiff to their holdings throughout the European continent, where it proceeded to mingle with local breeds to create the predecessors of the pit bull. In contrast, other people believe that the origins of the pit bull can be traced to the time of the Norman Conquest when butchers were know to have used mastiff-liked dogs to subdue agitated bulls by biting onto their noses, which in turn, led to their breeding for use in blood sports involving bulls in pits, thus the name. Whatever the case, it is no wonder that there is such confusion over what is and isn’t a pit bull, so much so that the pit bull ban in Montreal extends to cover American pit bull terriers, American Staffordshire terriers, Staffordshire bull terriers, mixes of these breeds, and animals showing the characteristics of these breeds.

However, it should also be noted that pit bull bans can also be attributed to the poor reputation of such dogs, which is actually a relatively recent phenomenon that is a striking contrast with their much more positive perception prior to the 1980s. What happened at that time was that pit bulls became popular with criminals for bloodsports as well as watching over criminal activities, which in turn, led to their demonization in the eyes of a wide swathe of the public. However, this course of events is a reminder that the dog is not to blame as much as the dog owner, which once again reinforces the point that the pit bull ban in Montreal is as excessive as it is ham-fisted.