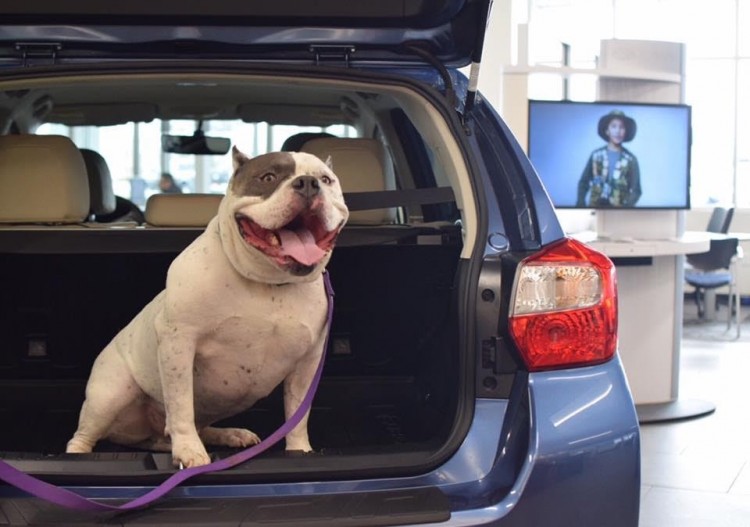 What happened to a dog named Beefcakes in Longmont, CO, seems like a scene straight out of the Tom Hanks hit movie “Turner & Hooch”. In the movie, Hooch is shot while trying to defend his best friend, played of course by Tom. But, unlike the movie, Beefcakes survived being shot in the head, quickly becoming one of Colorado’s most famous canines. And, he recovered so quickly from that gunshot and the resultant multiple surgeries without ever dampening his beautiful loving spirit and bouncy personality that he was, of course, adopted by a loving family right away.

A death in that family, unfortunately, resulted in Beefcakes being returned to the Longmont Animal Shelter that he was adopted from. Being a bonafide Colorado celebrity dog couldn’t even help in those circumstances, but the staff at the shelter is quite sure that before too long, another loving family will want to adopt Beefcakes.

Meanwhile, for the time being anyway, Beefcakes is a shelter resident again. But, not exactly like the other animals at the shelter. Many might think that it is because of his celebrity status, but those who know Beefcakes know that it is simply because of his winning personality. You see, everybody loves Beefcakes, so he doesn’t stay in a cage/kennel like other shelter dogs. No, Beefcakes lives in the office of one of the staff members at the shelter where he stretches out on his soft comfy dog bed, laying on his back with his paws in the air. Did you know that when a dog sleeps on his or her back, they are showing trust and contentment? Well, Beefcakes is so relaxed and comfortable there that he sleeps that way all the time now and it’s simply adorable. 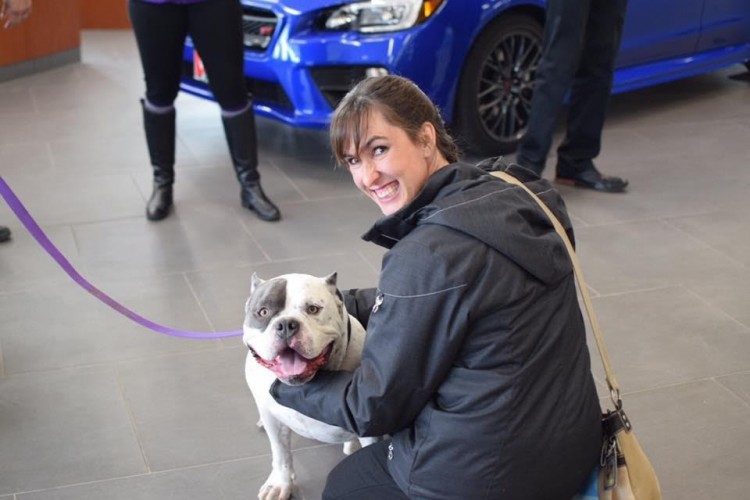 So, for now, Beefcakes may be a shelter resident, but it probably won’t be for too long. The staff is actively searching for a good forever home for Beefcakes. Like too many cats and dogs these days, shelters are their only hope. So many people abandon their pets for one reason or another. Sometimes it’s a death in the family, sometimes an unplanned move, but all too often they are just dropped off because they’re not wanted anymore. This can be a very bad time of year for that horrible practice because too many people think pets make cute Christmas gifts but never think it through. When they come to the realization that somebody has to actually take care of that pet, they just throw it away like a broken Hatchimal. They forget that dogs and cats have feelings and deserve to be loved. They also forget that shelters all around the country are overwhelmed by the sheer volume of unwanted animals. The fact is that about 7.6 million pets enter shelters every single year in this country.

But, we can help with this situation one dog or cat at a time. Spaying and neutering is a good first step, but adopting a shelter pet and keeping him or her in a loving home and taking proper care of their doggy or kitty needs can help, too. If either of those options does not apply, then a small donation to your local shelter could feed an animal or buy blankets or other necessary items to make them more comfortable until they find their forever homes.