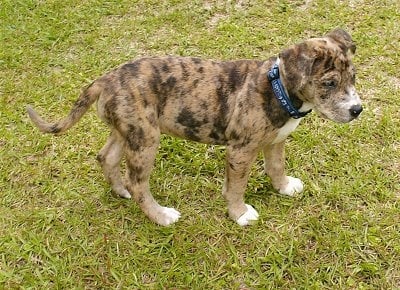 Bulldogs in general are an incredibly well known breed, but there are many subsets that most people aren’t as familiar with. The majority of dog lovers know what an American or English bulldog looks like, but what about the Catahoula bulldog? This cousin of the aforementioned breeds is a dog that’s a great hunter and companion.

The Catahoula bulldog is a breed that has existed for more than a century, and it’s best known in the southern U.S. It was bred for the purpose of helping ranchers herd hogs as well as to be a bear hunting accomplice. To create this sub-breed, the Catahoula leopard dog from Louisiana and the American bulldog were crossbred.

The Catahoula leopard dog was chosen because it’s a skilled hunter, has quick speed, great endurance and intelligence, while the American bulldog provided its larger size, ruggedness, strong jaws, and weight to the mix. The resulting Catahoula bulldog fit its intended purpose, but it was also found to make a good family pet and working crossbreed. 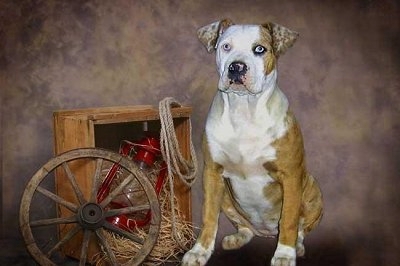 While at first glance the Catahoula bulldog may look similar to related breeds, it has many distinctive features. Catahoula bulldogs have tight skin and a smooth coat with hair that’s very short. Most dogs in this breed have no undercoat, but if they’re living in a cool climate for a significant portion of the year it’s typical for them to develop one to keep warm.

The coat on a Catahoula bulldog can end up being a wide range of colors, including a combination of black and white or brown and white, solid black, white, or brown. Because of its Catahoula leopard dog genetics, Catahoula bulldogs can also be black and brown. Other coat colors commonly seen in this breed include solid white, black and tan, and white and gray. It’s typical to see Catahoula bulldogs that are primarily one color with small patches and spots on various parts of their bodies.

Some Catahoula bulldogs have button over ears while others have pinkish ones. Owners sometimes crop their ears to give them a distinctive look, and this breed’s ears are very often used expressively. Just as the coats on these dogs varies widely, so does eye color. Catahoula bulldog can have eyes that are a shade of brown, gold, deep green, icy blue, or amber. It’s not unusual to see a Catahoula bulldog with heterochromia, a condition where a dog has an eye of one color and the second eye a different color.

The tail of a Catahoula bulldog can be long or naturally bobtailed. 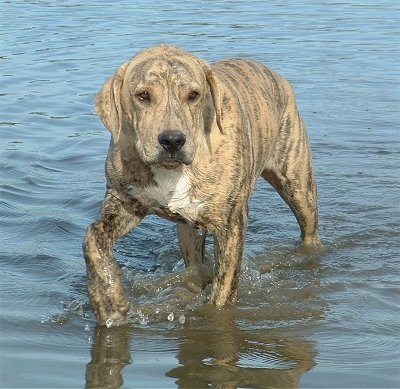 When fully grown, this breed ends up being a medium to large sized dog that weighs between 60 and 100 pounds. Its height at the shoulders when it reaches adulthood typically averages between 20 and 26 inches. The build of the Catahoula bulldog definitely takes after its American bulldog genes, as it’s muscular and sturdy. Males are usually slightly larger than female Catahoula bulldogs.

The size of the Catahoula is what makes it function well as a working dog, even today. They’re also keen hunters and a good choice for those who want protective dogs. 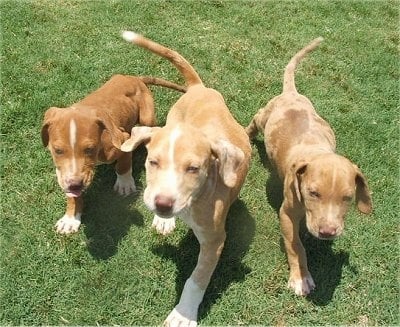 Catahoulas are very loyal, friendly, and confident dogs that have great intelligence. They’re usually laid back and not excitable, but they will quickly become alert if they sense danger or something off in their surroundings. Because of this breed’s intelligence, Catahoula bulldogs are easy to train and quickly acclimate to being around families, including those with children. Their easy going nature and the fact that they enjoy pleasing their owners makes them an excellent family pet, but the dogs should be trained early on for the best results.

When it comes to loving dogs, the Catahoula is definitely a top pick. Those looking for guard dogs, watch dogs, and hunting dogs will also find the Catahoula ideal, and they can be used to hunt tree game. This breed is quite versatile in terms of where it can thrive. Being on property that allows them space to roam is good, but the Catahoula bulldog can also do well in an apartment or small home because of its calm nature when there’s no present danger. As long as the dog is taken outside and exercised regularly, it can be perfectly happy in a smaller dwelling. Daily walks are necessary, but other than that this is a low maintenance breed that requires a minimal amount of grooming due to its short hair. 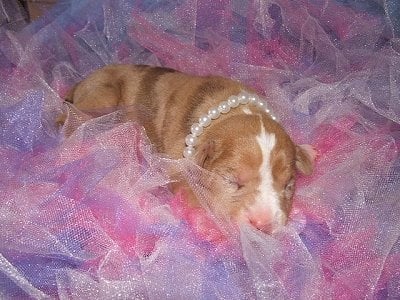 Though it’s generally considered to be a healthy breed, the Catahoula bulldog is prone to genetic effects stemming from its lineage. Hip problems, blindness, and deafness are problems common in older Catahoulas. When deafness occurs, it can be total or only in one ear, and the same is true of blind Catahoulas. Additional health concerns that occasionally affect this breed include elbow and hip dysplasia, cherry eye, ACL tearing, kidney and thyroid disease, nervous system disorders such as neuronal ceroid lipofuscinosis, bone cancer, and an eye condition known as entropion. When problems with this dog occurs, it’s often because of genes that have been passed down to it, rather than it suddenly falling sick.

The Catahoula bulldog is considered to be a healthy breed, and on the short end it lives at least 10 years. The maximum life expectancy of this dog breed is 16 years.