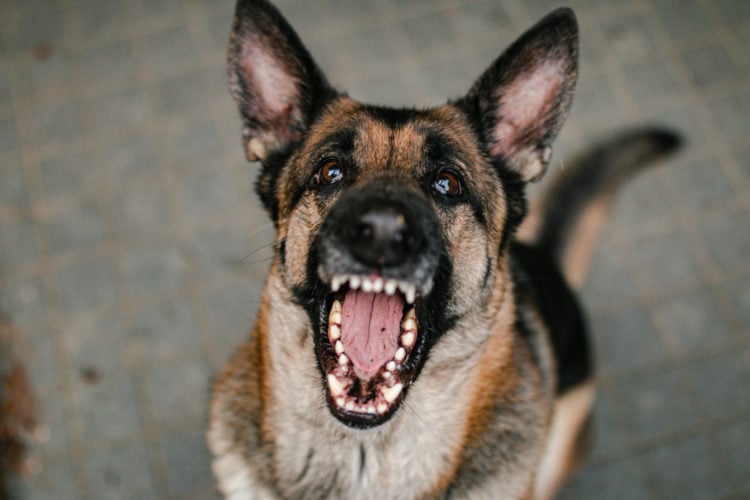 Svalinn is the name of a shield that stood before the sun in Norse mythology. Supposedly, it prevented the earth from feeling the full force of the latter’s heat, thus preventing it from being burned. As such, it should come as no surprise to learn that Svalinn can be translated as either “cold” or “chill.” Nowadays, Svalinn is also the name of a company that breeds guard dogs for high-end clients. Each one costs $125,000. In exchange, interested individuals get a guard dog created by crossing Belgian, Dutch, and German Shepherds before being trained to meet exacting standards. The whole thing is the brain-child of Kim Greene, who was inspired by the widespread use of guard dogs for protecting the home when she was living in the Kenyan capital of Nairobi.

Some people might be wondering why Svalinn doesn’t use a preexisting breed. If so, they should know that Greene has stated that she isn’t concerned about the breeding standards laid out by kennel clubs. Instead, she wants dogs that will remain in good health throughout their lives, which she believes to be something that purebred dogs are disadvantaged in. On top of this, Greene is like a lot of other breeders in that she wants dogs with a desirable set of characteristics that she can’t get by just choosing a preexisting breed. The Belgian, Dutch, and German Shepherds were chosen because every single breed is easy to train, eager to please, and naturally inclined to be protective of their families. Of course, each one brings its own particular specialties to the mixes as well. For example, German Shepherds are very well-suited for being household companions. Similarly, Belgian Shepherds are both hard-working and tenacious by nature. Combined, these characteristics are meant to create more suitable dogs for Svalinn’s purpose than otherwise possible.

Having said that, nature alone can’t make for a good guard dog. As a result, Greene and her company put a huge emphasis on the training for their mixes. This is particularly true because they aren’t going for simple aggression. Instead, they want guard dogs that can pick up on anger as well as potential warning signs, thus enabling their owners to avoid trouble. This doesn’t mean that these mixes are incapable of being aggressive, just that it isn’t supposed to be the most used tool in their tool kit. Regardless, every single one of Svalinn’s dogs starts training at eight weeks old, which is a process that will last for two years’ time. After which, Greene and her company will deliver the dog to the client before providing said individual with training on how to handle their new guard dog. Something that will then be followed with refresher courses on the subject in year after year. The result is supposed to be a measure of security that will always be by the client’s side. These mixes are supposed to be capable of serving as household companions. However, they are also supposed to be capable of helping their families avoid danger as well as defending them if that proves to be necessary.

What Are the Pros and Cons of Guard Dogs?

Guard dogs are a very old concept. When most people think about guard dogs, they think of dogs protecting either buildings or other sites of interest. However, it is important to note that guard dogs can be guarding other kinds of property as well, meaning that the concept includes livestock guardians as well. Thanks to this, one can make a decent argument that guard dogs are prehistoric, seeing as how the practice of pastoralism is so old that experts debate whether it originated from mixed farming or from hunting and gathering. If the latter, well, suffice to say that hunting and gathering was the overwhelming majority of the human experience because agriculture was a very recent invention in relative terms. Regardless, guard dogs remain very relevant in the present time. This is because they possess a mix of pros and cons that make them worthwhile to a wide range of individuals under a wide range of circumstances. As mentioned earlier, they are a form of protection that can double as a form of companionship. Furthermore, guard dogs are reliable in a way that most other protection systems cannot match. For example, they can go with their owners to most places. Similarly, their mere presence can deter criminals because of their impact on the latter’s risk-reward assessments. On top of this, guard dogs can be considered trained professionals of a sort, meaning that they are self-directed in a way that most other protection systems are not.

Of course, guard dogs do have some serious downsides as well. First and foremost, they are extremely expensive. The mixes produced by Svalinn are exceptional in this regard, seeing as how each one comes with a $125,000 price tag. However, even guard dogs aimed at less high-end clients go for $15,000 to $40,000 because of everything from their breeding to their training. Moreover, it is important to note that guard dogs are still dogs, meaning that interested individuals are going to be paying further costs for food, shelter, and other necessities in period after period. Put together, guard dogs aren’t exactly something that everyone can afford. Besides this, there are a couple of other major issues. First, interested individuals must be capable of taking charge. Yes, guard dogs have been trained for their intended role. However, guard dogs are still dogs, meaning that they do much better with human oversight. The problem is that interested individuals need to be able to take charge if they want to provide that oversight, which is something that must be learned. For someone with extensive experience with larger dogs, this might be a non-issue; for someone who doesn’t have that, there can be a real learning process. Second, the other concern is that guard dogs can’t be expected to just retain their skills forever once they have learned them. Instead, they need regular refreshers, thus making for one more maintenance need that must be added to everything else that has already been mentioned.