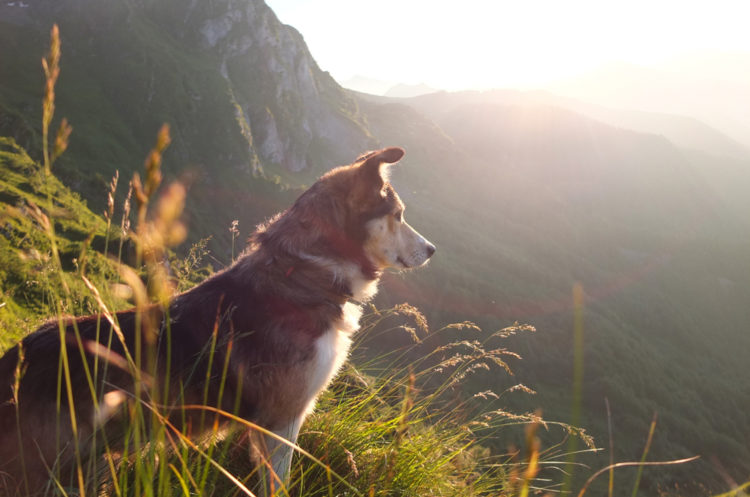 Sometimes what starts as a joyous occasion could end up tearing our hearts apart when things go sideways. Take the case of one dog owner who only wanted to go hiking with his brother, and dog but the canine got lost. The dog went missing in the mountains for five days but was reunited with the owner after a search and rescue party came to their aid. The owner learned a lesson thus decided to get his dog, Stella, a GPS tracking collar, and you can read all about it here.

First Time for Everything

Curtis Culver and his brother Cody have taken backpacking trips every year for the last nineteen years, and 2021 was their twentieth trip. Nothing terrible has ever happened to them during their previous trips, and as the good hikers they are, they considered the weather forecast before embarking on their journey. According to 9News, they expected that the amount of snow in the Grand County Mountains would not exceed three inches. Unfortunately, they were wrong; it snowed more than they had anticipated, and the snow levels were between six and ten inches. Therefore, they called for help. Their cry for help was answered by the Grand County Search and Rescue volunteers, but when they arrived, Stella must have panicked and escaped. It was already past 6.30, and Culver said that as much as they would have liked to stay in the mountains to search for Stella, they did not have expert skills in fire starting and maintain it since the temperatures were expected to fall to 18 degrees Fahrenheit. It started dawning on them that they might have to leave the mountains without her, a realization that was too much to bear.

Thankfully, even the search and rescue party was not planning on leaving until every life was saved, so they did their research. Feeling adequately prepared, the volunteers returned on September 25, 2021, to the campsite. The hike was a 14-mile round trip that took them four hours. Luckily their efforts were not futile because they found Stella about 200 yards from the campsite after surviving alone in the snowy mountains for five days. The volunteers called Culver, who immediately ran to the house to inform everyone else that Stella had been found. Culver believed that the backpack she had on when she ran off had saved her life since it was filled with snacks and food, so she must have fed herself. According to WGXA News, it was a second chance for both man and dog to be together, and Culver is not taking it for granted. Therefore to ensure her safety, he said he would get Stella a GPS tracking collar.

Some Dogs Nearly Lose Their Lives in Snowy Woods

Stella, the two-year-old dog, can thank her lucky stars that she ran off with a backpack full of food and snacks that helped her stay alive. Other dogs like Ohly barely come out of the woods alive. According to TODAY.com, Ohly was on a walk with one of his owner’s friends. Like Stella, Ohly escaped without reason. The family friend tried catching up with him, but Ohly ran into the woods, leaving his family and friends worried. They tried rescuing him after people said they had seen him in the woods, but it was a mission in futility. His owner, Steve Goad, even went to call out to him after Ohly had been missing for ten days, but not even his owner’s voice would convince the dog to go back home. Instead, he ran deeper into the woods until he went over a spot called “Suicide Gully,” which, as it suggests, has been the cause of many deaths.

Anyone who would attempt going to Suicide Gully was risking his life, so the search and rescue team tried to entice Ohly with fried bacon, hoping that the smell would get him out of the area. The trick did not work, and helicopters were sent to prevent people from risking their lives. It was only after the helicopter team cornered him that Ohly got back home. Unlike Stella, who fed herself, Ohly did not have food and was emaciated; he lost 25 pounds and was severely dehydrated, but other than that, he was okay. The silver lining in his story is that besides being found alive, he had united strangers to go as far as donating some money to start a fund for future dog rescues. Just like Culver was determined to keep his pet safe by getting her a GPS tracking collar, Goad decided the best way to prevent a repeat of such an occurrence was to keep Ohly on a very short leash.

How to Help Dogs Lost in the Snow

The dogIDs blog details steps you can take should you come across a dog lost in the cold. You are encouraged to call for help so that the local animal shelter can take the necessary measures to ensure that the dog finds its way back home. If no one comes looking for the dog, the shelter can put up the dog for adoption. After calling for help, you should ensure that you get as many details as possible regarding the dog: how it looks, where you last saw it, the date and time you spotted it, and its behavior. If possible, it is better to take a picture of the dog; some dogs have distinguishing marks, so owners of similar-looking dogs can differentiate them. Finally, even after calling for help and getting the required information, it is recommended that you stay as close to the dog’s location as possible. Unfortunately, some dogs make it hard to help them because of their aggression, but if you approach one and it is calm, do whatever it takes to keep them safe until help arrives—as per the blog, even laying a blanket on the snow will keep the paws off the snow.