Home
Dog Tips
What Does “Crossing the Rainbow Bridge” Mean with Dogs?
Prev Article Next Article

The loss of a pet can be a heart-breaking episode in your life. It is likely that your pet has played an important role in your life and that they had become your companion. When a pet dies, it may seem that they leave behind a huge hole that you cannot fill, and you may find yourself turning around to stroke them or even talk to them and they are not there.

Most people are compassionate towards someone whose dog has died as they realize that a pet owner is grieving in the period after the dog has passed away. One thing that they may say to comfort the bereaved owner is that the dog has crossed the Rainbow Bridge. This is a concept that suggests that the dog has gone to a better place or passed into some kind of afterlife. However, there are many that disagree with the use of this saying and find it offensive rather than helpful. There are several reasons why a person may dislike hearing this after their pet has died.

The concept of the Rainbow Bridge

The first issue with the concept of the Rainbow Bridge is that it is making an assumption that the pet owner believes that there is some form of afterlife. However, many people do not believe in an afterlife and think that death is the end of life in a very final way. With this in mind, they would consider the Rainbow Bridge concept to be absolute nonsense.

The second issue is that the concept of the Rainbow Bridge implies that the dog is now in a better place. This is a concept that many people struggle to understand. To them, the best place for their beloved dog is with them rather than anywhere else. For someone to suggest otherwise is something that may upset them. It can seem more like a dismissal of their grief than words of comfort.

There is also a third problem that people have with this saying. Many people find phrases like this very cliché and may feel that they are said for the sake of social convention rather than being said with any true meaning behind the phrase. In many instances, a bereaved pet owner may prefer to hear someone saying that they are sorry for their loss rather than churning out the age-old saying about crossing the Rainbow Bridge. 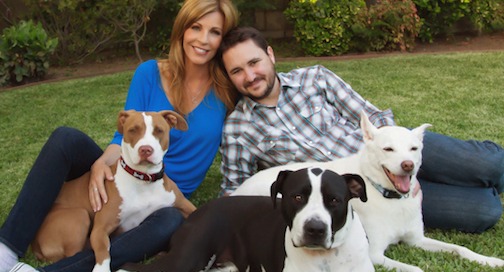 A perfect example of a celebrity who holds these opinions about the use of the saying is Wil Wheaton. When his pet dog Riley died, he posted a moving tribute to his pet on the Internet. At the end of his post, he felt the need to ask any readers not to post comments relating to the Rainbow Bridge. While he acknowledged that any fans who commented meant well, he just personally does not believe in the Rainbow Bridge.

This is clearly a subject that will divide opinion as there are plenty of people who think that the Rainbow Bridge concept is a lovely way to explain the death of a pet. If they say it to others, it is usually said with the best intentions and as a way of offering comfort. This group of people may find it difficult to understand how anyone could take offense about what is, in their opinion, a lovely and harmless saying.

With so many different views on the Rainbow Bridge concept, it does make you think that it is probably better to avoid saying this to someone who has lost their pet. By avoiding this phrase, you are reducing the risk of causing offense. There are plenty of other things that you can say, but it might just be best to offer your condolences without making any other comment and then leave things there.