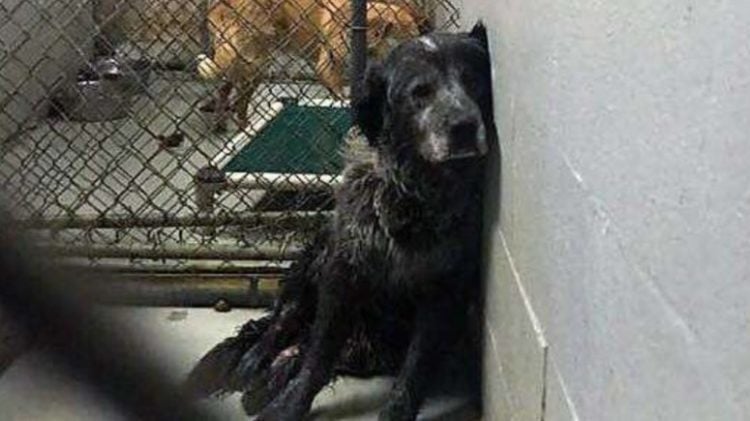 Just like humans, every dog has its own personality. When a dog has suffered a trauma, it is at these times when their personality comes to the fore. How they cope with a traumatic experience and recover afterward is a testament to their strength of character. Nothing proves this more than the case of a dog called Sanford. The Dodo reports the story of Sanford who was once a broken dog. Despite his experiences, the happy canine cannot stop smiling. His foster mom, Karen Velaquez, says that Sanford is one of the happiest dogs she has ever come across.

Velaquez had already fostered 51 dogs prior to Sanford, so he was her 52nd. Of all the dogs, she has said that Sanford is the most jovial of them all. She went on to say that he looks at her in a different way than any of her other pets or foster animals have done. It is only when he is asleep or eating that the happy dog isn’t smiling. Although he is now a very happy dog enjoying the love of his foster mom, he had experienced a very different life. It is not known where he came from originally, but he was in a terrible state when he was rescued in April. He was initially rescued by animal control back in April 2019 after he had been hit by a car. However, Sanford had already suffered a terrible experience prior to this as his rescuers then discovered that he had a bullet wound in his hind right leg.

The animal control officers who found him took him to recover at a small municipal shelter located in Dallas, Texas. During his stay, Sanford did not receive any medical care due to a lack of resources available at the shelter. They are desperately in need of more funding so they can offer better care to the animals in the shelter. Kerry Anechiarico is the executive director of a local dog rescue group called Dallas DogRRR. She has said that one of the volunteers of this organization saw Sanford at the rescue shelter and knew that they had to help. The volunteer had reported that the dog was so physically broken that he couldn’t even make the effort to say hello to the volunteer. Anechario describes Sanford as appearing to have given up and says it was as though he was simply waiting for the end of his life. 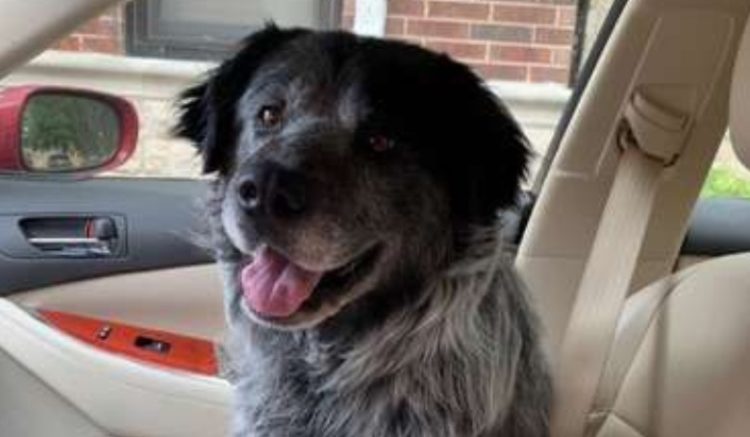 Sanford made a little improvement during his week in the shelter, but the biggest change didn’t come until he was taken home by his foster mom. Velaquez describes how he arrived in her home on May 1, 2019. The moment he stepped inside her home it was like he knew that he was finally in a safe place. Velaquez says that he hasn’t stopped smiling since. Velaquez has given the dog the nickname ‘Sanfee’, and he has settled into his new home very well. Despite his traumatic experiences, he is enjoying a happy life with Velaquez and her other dogs. Each day, he enjoys eating the home-cooked meals that Velaquez makes for him before going for a long walk.

It is believed that Sanford is 10 years old, which makes him a senior dog. Although he is older in years, he is young at heart. He is as playful as any dog half his age, and he has a jovial and loving nature. However, he does have some aspects of his personality that show his age, says Anechiarico, who describes him as being a gentleman. She puts his age in terms of human years and says that although he may be 95, he acts more like he is 50.

Although Sanford is currently very happy in his foster home, he still needs to find a forever home where he can enjoy his final years. Then he can finally settle in life without any more disruptions and changes. One of the problems is that many people who are willing to adopt a dog want one that is much younger than Sanford. One reason for this is purely the longevity of the relationship, says Old Dog Haven. They want a dog with whom they can spend many happy years, which is something that senior dogs cannot guarantee.

The other issue is that senior dogs are at greater risk of suffering from medical conditions in the near future. This may mean that they need additional care, which also means a greater level of responsibility for the dog owner. It can also mean greater costs as sick dogs may need the attention of a vet or require expensive long-term medication. For these reasons, many people are unwilling to take the risk of adopting a senior dog.

Anechiarico is hopeful that someone will come forward who is willing to adopt him as he has so much to offer. She believes that he will make a great family dog for the right family. He will fit in well with a family that already has dogs, as he has proven that he gets along well with other dogs. She also thinks he would suit a family with children as he has such a pleasant disposition. Furthermore, she describes him as the perfect companion dog for someone to come home to as he will always great them with his tail wagging. Her final words on Sanford are that he is a happy-go-lucky-dog who will keep someone company for the rest of his life.

For now, Sanford must continue waiting until someone comes forward to welcome him into their home. He continues to enjoy his time with Velaquez and her other dogs, but he would love to have someone permanent that he could call his forever home. Those who have met this happy dog believe that he really deserves the opportunity to spend his final days in a loving environment with a family to call his own. 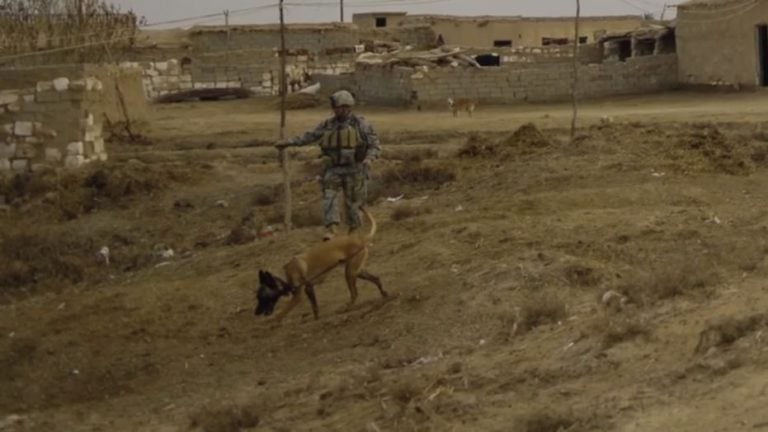 There is a reason why dogs are regarded as man’s… 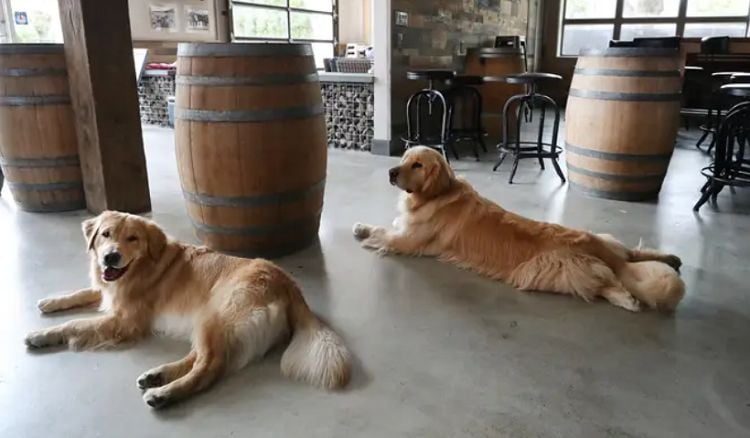 The Coronavirus pandemic has had a negative impact on our… 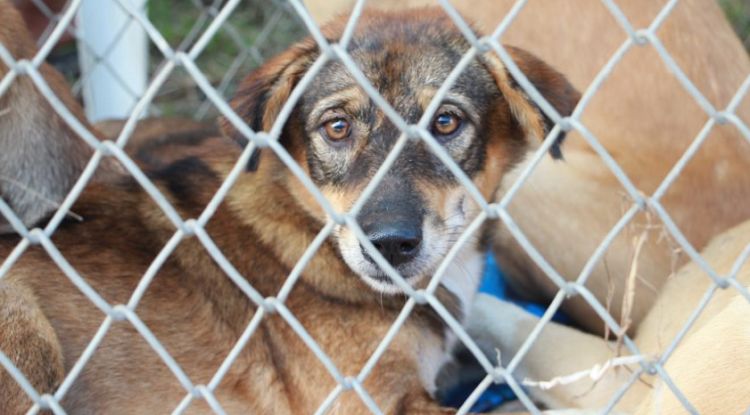 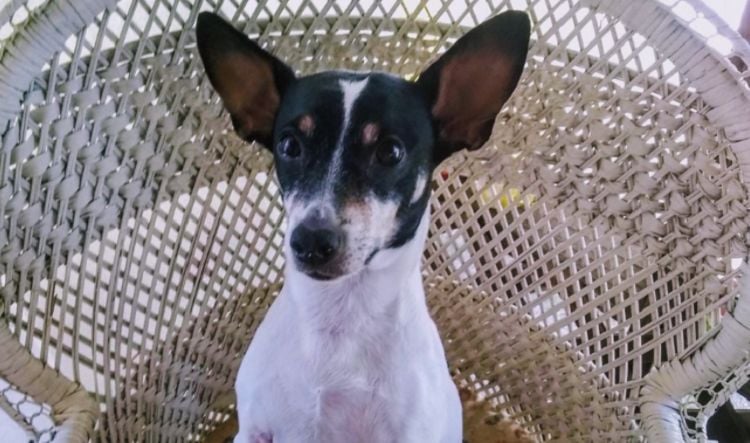 Help comes in many ways, shapes, or forms. For one…

When a person is in great need or is going… 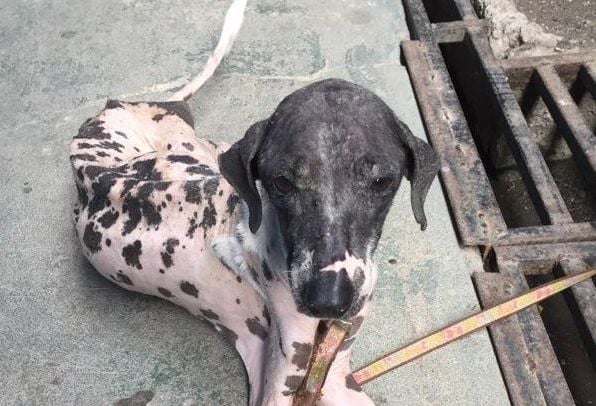 For centuries, purebred dogs have been treasured as a status…