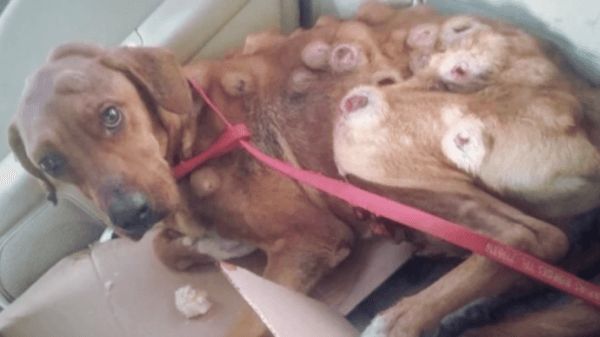 Stray dogs often have a difficult life. And, despite the government and other organizations’ effort to get them off the streets, their numbers only seem to be increasing. Mexico City, for instance, has recorded more than one million stray dogs in the past two years. Undoubtedly, the struggle to survive out there is quite fierce. So when one stray dog was discovered to have cancerous tumors, he was brushed aside and his odds of survival deemed to be next to null.

Amidst this stigma, and almost miraculously, one passerby felt so compelled to pick up the dog and fetch some help. By this time, his health had deteriorated significantly. He was extremely malnourished and most of the cancerous tumors had burst open and were now infected. The mere sight of the dog was perhaps why majority of the passersby kept walking away – fearing that he was already in his death bed.

The rescuer, on the other hand, believed that a little faith can go a long way. The dog was taken to a local animal rights activist named Dalia Gamez, who gave him a new name (Boby) and, judging by his dire situation, set out to give him immediate medical attention. After diagnosis, the vets determined that the tumors were in fact cancerous and that he needed chemotherapy right away.

The quandary was that Boby’s body had weakened so much that Dalia and associates feared that the treatment might be too aggressive for him. But there was no other way. The two year-old dog was prescribed 8 chemo sessions in 2 months, with Dalia going out of her way to keep his spirits up throughout the ordeal. Even then, they were not sure whether Boby would survive. 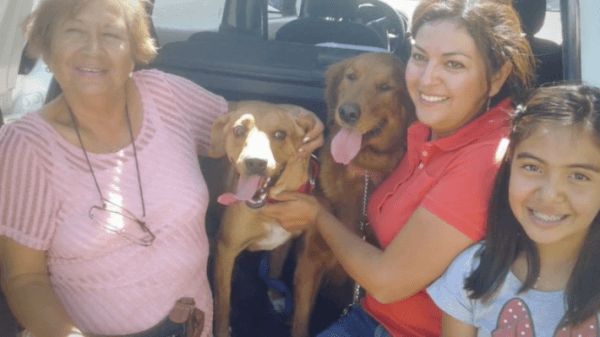 It’s safe to say that Dalia’s care and companionship played a major role in the dog’s recovery. Several studies have shown that humans and animals (particularly dogs) have a close connection that can come in handy when either of the parties is injured. With Dalia’s help, Boby was able to finish the entire chemotherapy prescription. The changes were remarkable, prompting Dalia to share the dog’s story online. His body began transforming into a completely new dog.

The tumors disappeared one by one, and his fur started growing back thick and shiny over the scar tissues, covering them completely. His weight also returned to normal, making the dog almost unrecognizable. Boby now had a new breath of life. He was full of energy and could be spotted running, jumping, and playing like the other young dogs of his age.

But his story did not end there. Boby’s amazing transformation became the talk of the town. He was now a local celeb, with Dalia’s neighbors even waiting in line for a chance to meet him. This fame also helped Gamez find a loving family where Boby could call his new home.

Although the departure was inevitable, Gamez was still sad to see him leave. She, however, kept heart knowing that he was in good hands. Perhaps there are a few things we can learn from Boby’s transformation. Even when things don’t go our way and everything seems hopeless, we can never know for sure what tomorrow brings!