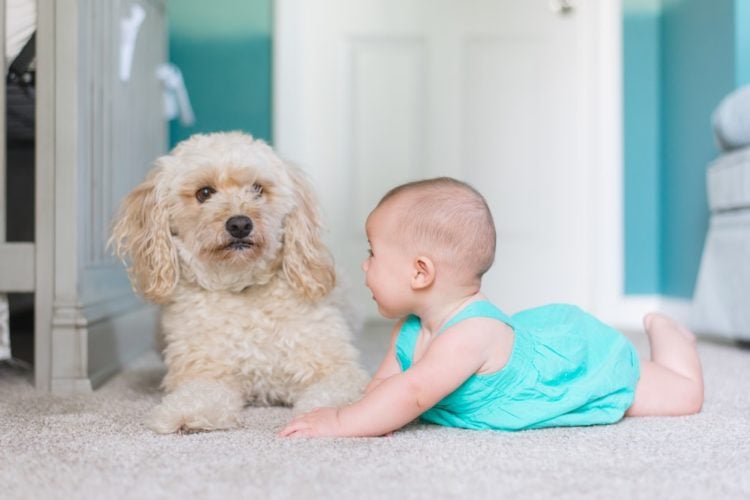 Before you stamp your foot down and tell your toddlers that they cannot have a pet, you should know that you might be denying them some of the most critical life skills. Animal interaction has been highly regarded, especially in Australia, where it is part of the National Quality Standard. The Australian Children’s Education & Care Quality Authority collaborates with the government to ensure that all childcare centers in Australia are working towards better childhood development; they believe that animals are the fourth teacher in early education. If you are still in doubt, studies have revealed how dogs could help toddlers learn social-emotional skills, and here is what we know so far.

Helping to raise a well-rounded child

If you have noticed a child who cannot get along with his friends, then a study conducted by the University of Western Australia believes that pet ownership could help solve this problem. As reported by CNN, children that did not care about helping those in need were mostly those who preferred to play alone. Hayley Christian, the senior author of the study, further disclosed that the findings were from parents who gave their input regarding how their children misbehaved, engaged in fights, or lost their temper.

When it came to teaching emotional skills, the study explained that toddlers usually take time to develop their frontal lobes. Therefore while many parents believe that children lack enough knowledge to handle a dog, the findings reveal the opposite. During early childhood development, kids cannot control their emotions, hence the many tantrums or other outbursts. However, dog ownership can enable them to gain control. An article published five years ago also had come to a similar conclusion, saying that children who have undergone emotional and physical abuse respond positively to animals because they feel they can trust them. The fact that animals are honest in their reactions enables children to know that they have a true friend whom they can rely on whenever everyone else is putting on a charade.

Additionally, a pet dog reduces the stress hormone levels in children according to one study conducted by the University of Florida. The research, led by Darlene Kertes, found out that children who had a pet dog when undergoing stressful situations had a much lower level of cortisol (the stress hormone) compared to those who did not. However, the cortisol levels were only low in those kids who asked the pet dogs to approach them to be petted and stroked; dogs that approached them on their own resulted in higher cortisol levels in the kids. Therefore the study recommended that parents encourage children to deal with stress in their childhood so that in their teenage years, they will know what cushions them against such situations for better emotional well-being in adulthood.

Why parents refuse to get pet dogs for their kids

Sometimes, no matter how well-informed you are as a parent, getting your child a pet is out of the question. The pandemic has revealed how costly it can be to have a pet, and when push comes to shove, some people have been heartless enough to abandon their pets. Having an extra mouth to feed is not always a welcome option, especially when you can barely meet your family needs; pets come with another list of expenses such as grooming, vaccinations, and food. The average cost of having a dog for the first year is between $1,300 and $1,800, which some families cannot afford.

When people say they are getting a dog to see if they are ready for family, they understand the commitment involved in caring for the pet. A dog will not take care of itself, which means that even when you travel, you will have to ask for help from neighbors or carry it with you. Therefore, if your child wants a pet dog, unless you can handle the added responsibilities, it might not be a good idea to get that dog. However, once a child is old enough to help with pet care, you can reconsider.

According to Kids in the House, having a family member who cannot stand dogs due to allergies will prevent you from giving your toddler the much-needed social and emotional skills that are accompanied by pets. Although kids exposed to pets are usually less likely to develop allergic reactions in future, some could also be too sensitive; thus, avoiding the cause of the allergies is the only option.

How do you ensure your child is safe with the dog

We have all been entertained by videos where babies hug the pets or sleep in the same bed. While we have applauded such habits saying how well the kids have bonded with the canines, DogTime advises against such interactions. According to the article, dogs view hugging as an act of aggression and will most likely react by biting. As for a baby cuddling with a dog, it is dangerous. There was a case in which the family was in bed with the dog, and when the mother coughed, the dog reacted by causing traumatic injuries to the newborn who, unfortunately, did not survive.

On the other hand, if you already had a dog before the child joined the family, it will be up to you to let the pet know that there will be a new arrival. Therefore introduce the pet to the sound of a crying baby and baby clothes before the baby arrives; that way, the canine gets used to the new smell and sounds. Also, train your pet to avoid jumping on people as early as possible because such behavior can have fatal consequences on your child. You can instill the behavior by carrying a doll around and give the dog treats whenever he listens and does not pull the blanket or jump on the person holding the doll. Since respect goes both ways, ensure that our child also respects the animal by not hitting him, shouting at him, or pulling at his ears or tail.