There Are Several Variations

The AKC waited until 2001 to recognize the name, Jack Russell Terrier. In 2003, the Jack Russell Terrier Club of America (JRTCA) pressured the AKC to change the name to Parson Russell Terrier. This is because they wanted to preserve the integrity of the breed and to keep its status as a working class animal. The JRTCA was worried that there would be more emphasis put on conformity rather than the dog’s physical ability. 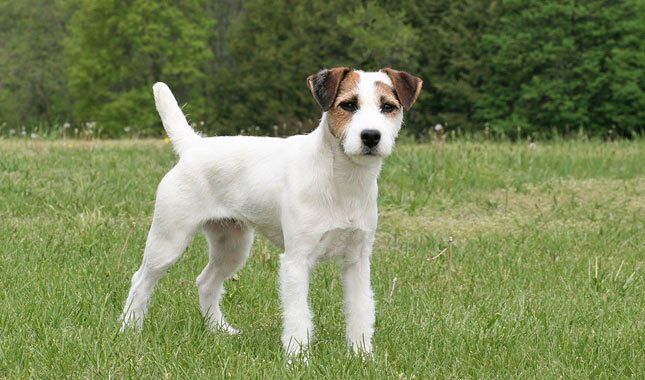 He Has An Expressive Face That Makes Him Perfect for Television

There have been several famous Jack Russell terriers on television. One of the most common was a dog named Soccer, who landed the role of Wishbone. There were 100 other dogs in the running and Soccer got the part. He went on to play in 50 episodes of Wishbone, and he even starred in the film, Wishbone’s Dog Days of the West. This is just one of several famous Jack Russell terriers.

Frasier’s Kelsey Grammer Was Jealous of a Jack Russell Terrier

The hit television series starring Kelsey Grammer also starred an adorable Jack Russell terrier named Moose. Before landing the gig as Skip on the series My Dog Skip, the landed the role of Eddie on Frasier. Moose became one of the most popular characters on the show, so much so that Moose got more fan letters than any other actor on the show. This is something that really upset Kelsey Grammar. It was no secret that Grammer’s character, Frasier, didn’t like the dog. Moose’s character would stare at Frasier, shed on his furniture, and drive him crazy. What people didn’t know was that Grammar wasn’t a fan of Moose in real life. While taping the show one day, he started to feel so upstaged that he had a meltdown. He slammed his hand down on the table and started yelling the Moose was a dog, not an actor. He realized soon after that he may have overreacted a bit, however, he was never the biggest fan of cute little Moose.

They Have Extreme Energy

Jack Russell terriers need training when they are still pups. They are very intelligent and they can often outsmart their owners. They have a natural instinct to hunt and run. If you are going to adopt a Jack Russell terrier, you need to make sure that you have the room for him to run around. Even though he is a small breed dog, he needs a lot of room. Because of this, the Jack Russell terrier is not the best dog if you live in a small home or apartment. 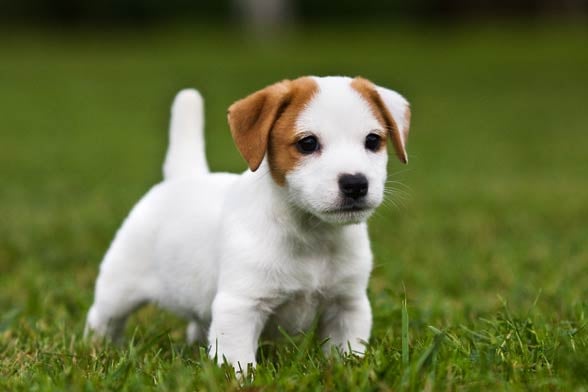 Even though the Jack Russell terrier has fur, it does not mean that he is safe from the sun’s rays. Because of his light colored fur, he can get a sunburn. It is a good idea to put some protection on his skin if he is going to be out in the sun for a while. If he does get a burn, you can buy aloe to soothe the burn that is made specifically for dogs. You may feel silly slopping a handful of sunscreen on your Jack Russell terrier, however, it is in his best interest. The last thing that you want is your little buddy getting a sunburn while playing outside.

They Come in Three Different Coats

The Jack Russell terrier comes in three types of coats, each of them is waterproof. Dogs with a smooth coat have short hair that clings to their body. Dogs with rough coats have long hair. Finally, there are dogs with broken coats who have a mixture of the two.

This dog does not require too much grooming. Brushing him occasionally and giving him a bath when necessary is all he really needs. Since he is a shedder, be prepared to vacuum often. The more your brush your dog, the less he will shed.

If you are looking for a dog who is extremely kid-friendly, the Jack Russell terrier is the best choice. Because this breed of dog is so hyper and active and they love to run and play, they will make an excellent addition to any family who has children. If you have the space to let your kids and your Jack Russell terrier to run around and play, the whole family will be happy.

The Jack Russell terrier can be a great addition to any family. They are full of personality, life, and energy.

Man Reunited With Dog After House Explosion Separated Them

10 Things You Didn’t Know about the Scotch Collie

10 Things You Didn’t Know about The Corman Shepherd

How Smart are Pugs?

Why Do Dog Whiskers Fall Out?

Why Do Dogs Stick Their Tongues Out?

10 Things You Didn’t Know About a Dog’s Tongue

What Exactly is a Bark Mitzvah?

Should You Give Enalapril to Your Dog?