The Labradoodle is a mixed breed, which is the offspring of two purebred dog breeds; the Labrador Retriever and the Poodle. In general, these two breeds are known for their devotion to their families, their energy and intelligence. Labradoodles are born with any combination of attributes characteristic of their parents, but the results are not always consistent. Labradoodles are excellent with people, and make wonderful companions and guide dogs. They are intuitive, friendly, social and not aggressive.

Labradoodles are found in many different colors. Their coats may be golden, caramel, apricot, chalk, cream, chocolate, black, café, parchment, red, silver or blue. Some have combination colors called parti-colored and these are described as patched, phantom, sable or brindled.

Their physical appearance varies in terms of height and weight due to the inconsistency of genetic heritage. Some look more like Labrador Retrievers and others look more like Poodles. But, all have the fluffy coat which contributes to their appeal, though some are curlier than others.

Australia is the ancestral home of Labradoodles. Wally Cochran, heading Royal Guide Dogs Association of Australia breeding program, bred a Labrador Retriever with a Standard Poodle. He was seeking to produce a guide dog with a hypoallergenic coat. In 1989, his first cross produced, Sultan, who was an intelligent dog with a suitable personality to serve effectively as a companion guide. Sultan was the perfect combination of low-shedding Poodle and trainable Labrador. He became a guide dog for a Hawaiian woman; working with her for ten years.

The breed became popular worldwide, and many serve in assistance, companion or therapy positions. Many families enjoy their affectionate nature, with many in homes where pet allergies were problematic. Not all Labradoodles are hypoallergenic, but often families are lucky to find one that is.

Like most Labrador Retrievers and Poodles, Labradoodles generally inherit the friendly and energetic temperaments of these parent breeds. Most enjoy swimming and playing in the water, and they are loving with children and their families. They tend to be intelligent, and this helps with their training and socialization. 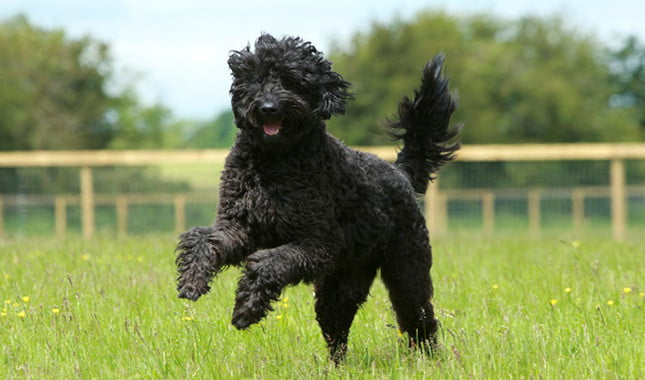 Labradoodles have dropped and furry ears, midsize to long-length slender muzzles, intelligent looking eyes and endearing facial expressions. They are alert, due to their innate intelligence. These physical characteristics are universal among Labradoodles, even though their color, coat and size will vary.

These are very energetic dogs which require regular exercise. They enjoy swimming and running, and should have regular, long walks. Without sufficient time for play, they can become bored very quickly. Anxiety can be an issue when they are not with their owners long enough. Because they are intelligent and adaptable, they are naturals at learning how to play sports or do tricks. They also can learn to live comfortably in houses or apartments of any size as long as they have a consistent exercise routine.

The health issues which most commonly affect the Labradoodle include:

Labradoodles have an expected lifespan of 12 up to 15 years.

Labradoodles have varied types of coats, but all of them should have a bath, have their teeth brushed regularly, and have their coat and nails trimmed at two to three month intervals. A professional groomer can do these jobs more easily, as dealing with the longer coats can be time consuming. This is particularly the case when they exercise outside. Their coats tend to be fluffy, which requires brushing to keep it from matting. Though the furry coats give them a loveable look, an easier grooming option is to shave the fur to a uniform, shorter length for easier grooming. 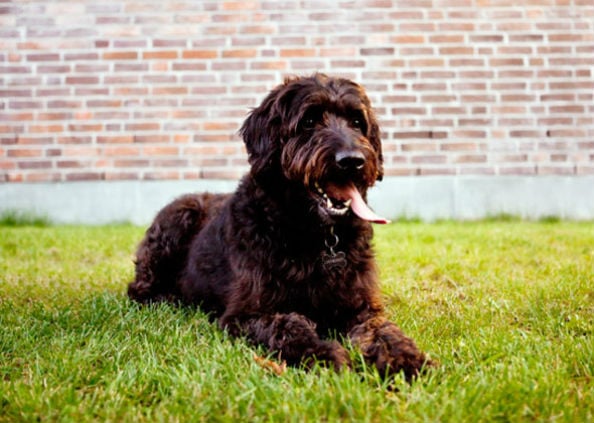 Give the puppy lots of love, and keep it close whenever possible. Start with crate training, but also give the puppy a safe room where it knows that it can be alone or away from guests who are not used to dogs.Choose the best food. Look for brands that list protein first on the label. Buy those that list animal proteins, such as chicken. Avoid difficult to digest ingredients such as by products and meal. Avoid foods with many grains that people eat such as corn, wheat and soy.Start formal training between 8 and 11 weeks for best results. They can learn to sit, stay, shake paws and retrieve by the time they are three months old.Keep veterinarian visits every six months. Follow proper steps for puppy shots, flea or tick treatments, which are usually started at ten weeks old.

Pet-proof your home by removing toxic items. Puppies will try to eat anything. Know where the emergency veterinarian is located, and have the phone number clearly posted.
Toxic items which should be removed include:

Labradoodle puppies need to learn who their primary leaders are. They should learn that they are at the bottom of their new pack. They also need to bond with their leaders, so keeping them close will help to teach them. Labradoodles love their owners and train readily. Here are a few important guidelines to start the process: 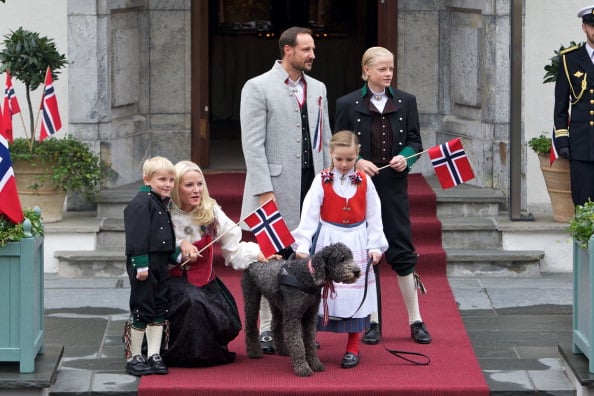 Since the Labradoodle is not a breed, but rather a crossbreed, puppies are born without consistent traits. The most noticeable varied characteristic is their coats, which range from soft to wiry in texture and feel. These are named based on their appearance:

Breeders differ in their focus on how to breed Labradoodles. Two distinct groupings exist:

The Labradoodle is not officially recognized as a breed by the American Kennel Club (AKC), but its parent breeds, the Labrador Retriever and the Poodle, are.

The Australian Labradoodle Club of America is the breed club offering its designation to any registered dog which meets its qualifications. It was started by breeders to protect the interests of the breed and unite its breeders, future and current owners and enthusiasts with information, fellowship, mentorship and education.

The Australian Labradoodle Association of America has been approved by the Orthopedic Foundation for Animals (OFA) for a separate breed code of LD for those dogs who are registered and have been health tested as part of the association’s efforts in managing its database of over 25,000 Labradoodles and Australian Labradoodles. The OFA is a non-profit research organization that endeavors to prevent hereditary diseases in companion animals. 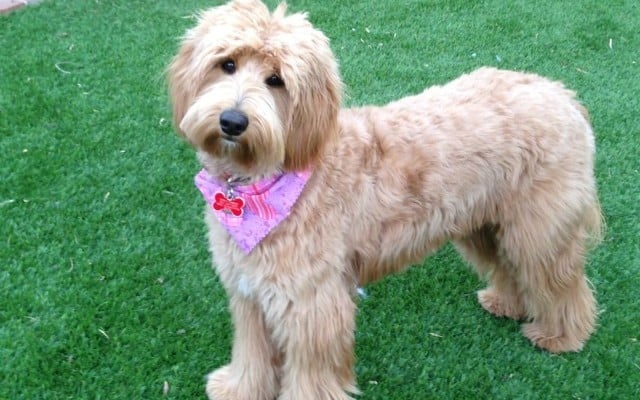 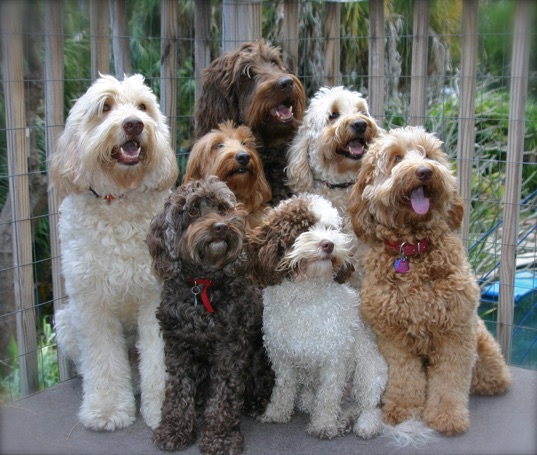 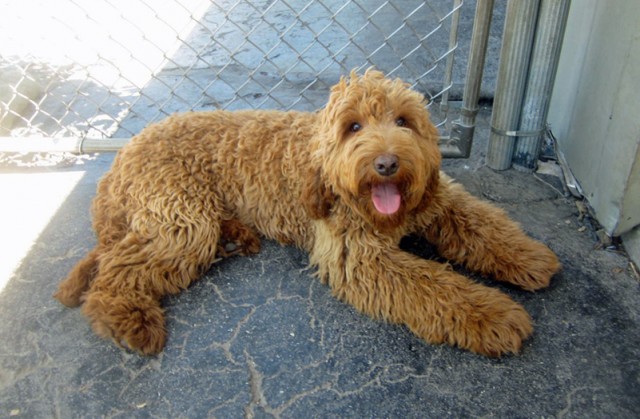 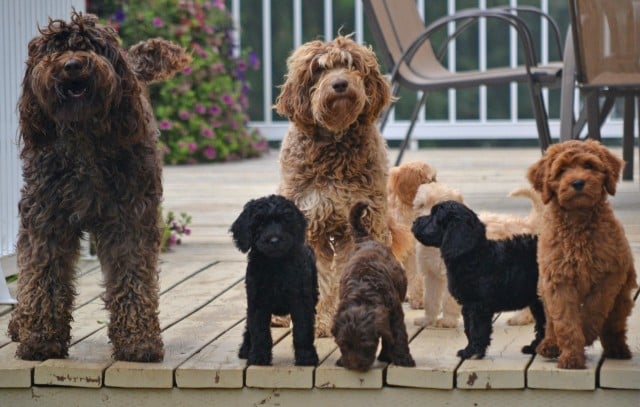 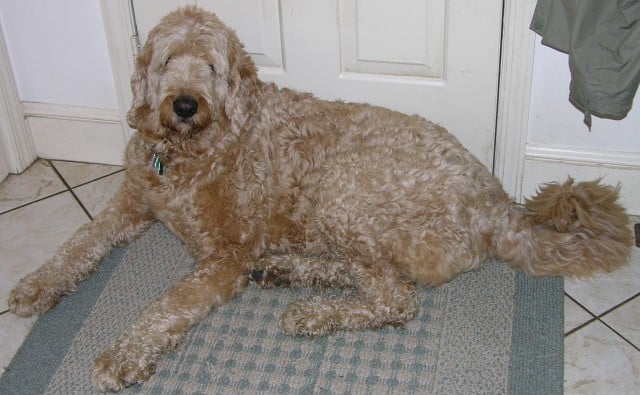 Addition reading on the Labradoodle

The Mini Labradoodle is perfect for those who have allergies

Australian Labradoodles are perfect for families with children

When to take your Labradoodle to the Vet

A Complete Price Guide for Owning a Rottweiler

20 Things You Didn’t Know About The Alpine Mastiff

How Many German Shepherd Breeds are There?
Dog Adoption Dog Training