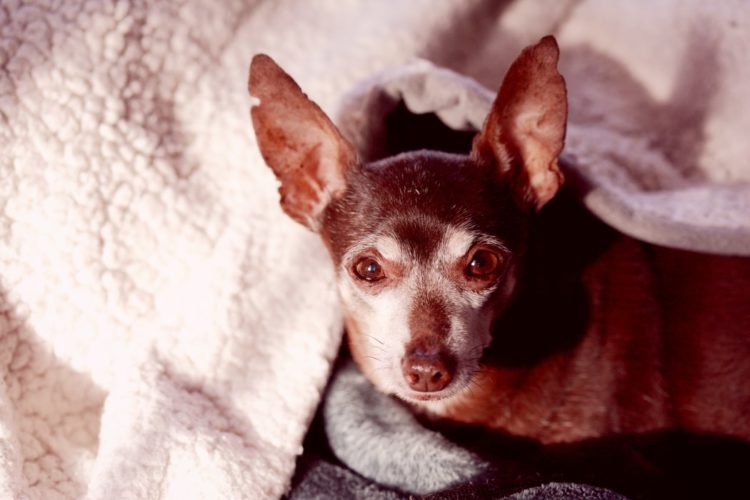 Imagine being told that your puppy that just celebrated his first birthday is as old as a 31-year old human. As incredible as it is, researchers now say the belief that a dog’s age is equal to seven times that of humans, has for a long time, been misleading. They also knew it was wrong but did not have enough proof to disparage the equation. Now a new equation shows how to calculate its age in human years, and you might be surprised that your dog is much older than even your grandparents. Here’s the advanced study that came up with the new knowledge.

It’s all in the DNA

A professor of genetics at the University of California San Diego, Troy Ideker, led a group of scientists to understand why a one-year-old dog can have puppies, yet it is equivalent to a seven-year-old human, as per the old equation. That alone was enough to start studying the dog’s DNA to understand the aging process, and to their surprise, we have been using the wrong formula wrong for years. As much as the relationship between dogs and human years change with time, puppies have been known to mature at a faster rate than humans. Although the revelations have been based on a study of the DNA, it is not the genes that change with time; it is the chemical markings, methylation marks, that do. Therefore, these markings control the growth pattern of both humans and dogs, and by comparing the two, scientists could also relate the developmental milestones between the two species.

The research is based on 104 yellow Labradors whose ages ranged between 5 weeks and 16 years since the researchers hoped to find factors associated with aging by focusing on only one breed. As per the findings, the markings change predictably, enabling scientists to tell a dog’s age effectively. As a result, the study of the markings also can show how fast a dog or human is aging, although Troy added that it is still too early to tell what it all means. As per the predictability of the age, the new equation they arrived at is 16 In(dog age)+ 31= human age. As per The Bark, this formula only applies to a dog that is at least a year old. Therefore to work out a dog’s age in human years, you must find its natural logarithm and multiply the result by 16. The new figure is then added 31.

Using the equation and since the least age applicable is one year, a one-year-old puppy is as old as a 31-year-old human while a seven-year-old dog is as old as a 62-year-old human. With this new conclusion, Troy acknowledges that he might also be pushing his six-year-old dog too hard during his walks. However, this is only the beginning of more research since other scientists believe that although the different dog breeds will follow a similar aging pattern, there will be some differences. Margret Casal, another professor of genetics, cannot wait to see how different breeds age in relation to humans, but she is sure that smaller dog breeds have a longer lifespan than larger ones.

What affects your dog’s lifespan?

Although Margret believes smaller dogs live longer than larger ones, Pet Friendly differs in that line of thought because it explains smaller canines are much closer to the ground. As a result, they use their nose as an exploration tool, meaning that they are likely to come into contact with toxic substances leading to health issues that can be fatal if not detected in time. Besides, exposing your dog to extreme weather conditions will significantly reduce his lifespan; hot temperatures cause dehydration, while cold temperatures can lead to hypothermia and death, sometimes.

The general health is also a great contributor to how long your dog gets to be your companion. If you feed your canine friend with improper meals, then the chances of him developing diseases are high; conditions like obesity predispose the dog to many serious illnesses. Exercise should also be a priority regardless of how old the dog is. However, keep it age-appropriate since senior dogs do not have much energy to walk for long. Besides, even sick dogs such as those with arthritis could still draw benefits from exercises such as swimming, enabling them to live longer while also alleviating their pain.

All the same, no matter how well you feed or exercise your dog, if you do not provide him with a happy home, then the results will be a stressed dog. Some studies show that activating the stress response during the 4th of July fireworks affects both the lifespan and health. Therefore try to keep your dog as happy as possible, and your great grandparents will have nothing on him.

Can you increase your dog’s lifespan?

If you are nearing retirement and plan on having your dog outlive you, then scientists have explored this option. According to Bought By Many, rapamycin could prove useful in increasing a dog’s lifespan. The drug is used by kidney transplant patients to enable their bodies to accept the kidney. After testing on mice, the conclusion was that it increased their lifespan by 25%. Once again, Labradors were among the three breeds tested, and findings were that the dogs that received the treatment had an improved heart function.

However, the doctor in charge of the study Dr. Matt Kaeberlein said that the 24 dogs tested were too small of a number to have the results being used among all dogs. He added that there was still insufficient evidence to correlate the improved heart function with better health or slower aging in dogs. The doctor also said the long-term effects were yet to be known. Therefore, before you rush off to the pharmacy, it is best to stick to the good old method of nutrition, exercise, and stress-free life for your dog if you want to add him a few more years.