Some dog breeds rarely make a sound. Others never shut up. Huskies are most definitely in the second category. As anyone who’s ever met one will tell you, huskies like to talk. A lot. Sometimes they howl, sometimes they whine. Other times they chatter. From time to time, they might even sing (yep, it’s a ‘thing’). Mostly, it’s easy enough to tell what they’re saying. If it’s their breakfast time and you’re still in bed, it’s not hard to work out what those howls are about. Neither is it exactly challenging to understand all those excited yaps when you pull on your shoes and get the leash out the draw.

But when a dog talks to the extent a husky does, working out why they make quite so much noise, and what they’re saying when they do, can be a head scratcher. The good news is that if your husky is constantly bending your ear off with their chatter, it’s because they love you enough to see you as part of their family. The bad news is that no matter how well you know your husky, you’re never going to understand each and every utterance they make. But that’s no reason not to try. Next time your husky starts chatting, it could be:

You know how kids love to repeat the latest word they’ve leaned 101 times a day? Huskies are the same. As one of the few breeds that can actually imitate sounds (something that comes from their almost unique ability to notice and recognize different tones and speech patterns, and their slightly less unique ability to convey emotions using different tonal sounds), they’re absurdly proud of their talents for repeating certain words and phrases. So why wouldn’t they show off their amazing skills as loudly and often as possible? Their “I love you” might sound more like “I wwuuhh wuu”, but we all know what they mean. Which is exactly why they’re saying it…. all morning, all afternoon, and half the night.

Because they want to tell you something

When we talk, we’re doing it to communicate. We have something to say, and we want someone else to know about it. The same holds true for dogs. As myhappyhusky.com notes, 9 times out of 10, a huskie’s chatter is simply a way of getting your attention and letting you know that they want something. Maybe they’re hungry. Maybe they really need to go outside. Perhaps they want you to play with them. Working out what they’re saying 100% of the time is mission impossible. But as you get to know your husky, you’ll start connecting the dots more and more.

Because they’re feeling the call of the wild

Huskies are an ancient breed. Pack dogs of the first order, their communication skills were fine-tuned over hundreds of years. Howling, crying, taking and whining were all developed as a way of conveying certain things to the pack, and could quite often prove crucial to their survival. They may have spent the last hundred years or so living in cozy domestication, but the call of the wild runs deep… as does their desire to answer it.

As petdogowner.com writes, huskies are active breeds that need plenty of fresh air and exercise. If you don’t give it to them, be sure they’ll make you aware of their displeasure in no uncertain terms.

Huskies might be friendly dogs, but they’re not always the most compliant. If you try and get them to do something they’d really rather not, they’ll not hesitate in telling you no. Their ‘no’ might sound a little different to ours, but it doesn’t take a rocket science to work out what they’re saying.

Because you’ve trained them that way

If you own a husky, you’ll know they’re a clever breed. Easy to train, they’ll quickly pick up on your cues and start responding in kind. They can also be sneaky. If they know that making a bit of noise ends in them getting what they want, whether that’s food, a walk, or just a little bit of extra attention, you can bet your bottom dollar that’s exactly what they’ll do.

Can you stop a husky howling?

Talking is one thing. Shouting is another. And boy, do huskies like to shout. When they’re pups, it’s endearing. When they’re fully grown, it can be ear-splitting. If you’re worried your husky’s howls are starting to annoy the neighbors, there’s a few things you can do.

The first step in finding the remedy to an overly vocal husky is figuring out exactly what’s making them so talkative. If they tend to give you a sharp wakeup call every morning, it’s a reminder it’s time for breakfast. If they start howling an hour or so after a big meal, they want you to know it’s time for walkies. Once you’re able to predict when the caterwauling is due, you can start preempting it. Do they like breakfast on the dot of 7am? Then start getting up 20 minutes earlier. Sometimes, it really is that easy.

A husky will often howl if they’re not getting enough mental or physical stimulation to keep them occupied. Beat them at their own game by making sure you give them plenty of attention. Training, puzzle toys, a round of frisbee at the park – there’s no end of ways to keep them entertained, engaged and far, far too busy to even think about shouting up a storm.

If a dog is left alone for long periods of the day, they can start to suffer from separation anxiety. As aspca.org rightly notes, all dogs that feel blue and lonely can howl… the difference is that not all dogs can be heard ten miles away. Huskies, on the other hand, can. If the howls are accompanied by other destructive or concerning behaviors, your husky could simply be feeling the effects of being alone.

As huskyowner.com notes (and as we’ve already seen), the reasons that huskies howl are multiple. They might howl out of boredom, loneliness, lack of attention, hunger, playfulness, excitement, or 101 other reasons. While you’re never going to be able to understand everything they’re saying, looking at the context and background to their howls could give you a big clue. If they start howling when you come home, it’s because they’re excited to see you. If they start howling as you’re leaving the house, it’s because they don’t want you to go. Understand the context, and soon enough you’ll understand the howls. 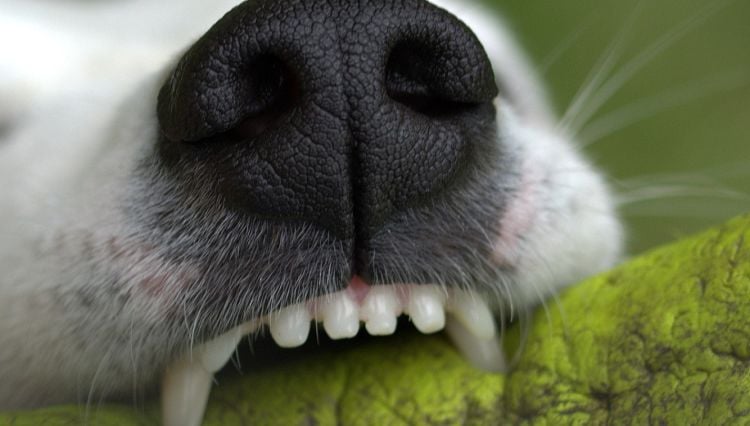 Dog bites are a real problem, and can often be more serious than they first appear. Even a minor little ‘nip’ can, if left untreated, lead to any number of complications, including bacterial infections, nerve… 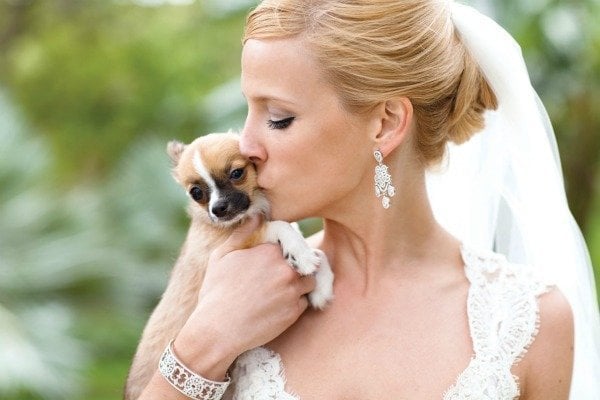 OK we decided to give it a whirl here and see if you’re obsessed with your dog.  Most dog lovers would say no but sometimes their friends might say, “of course they are!”  Well here… 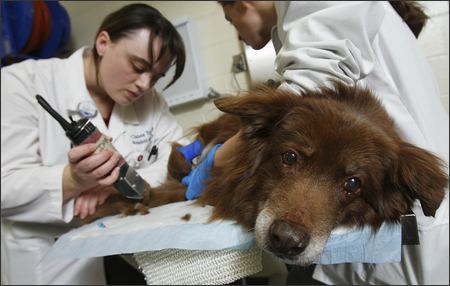 In the three years that Allie’s been working at Bryan Middle School in Bryan, Ohio, she’s been diagnosed with cancer four times. But hearing the “C” word doesn’t get her down. In fact, each time… 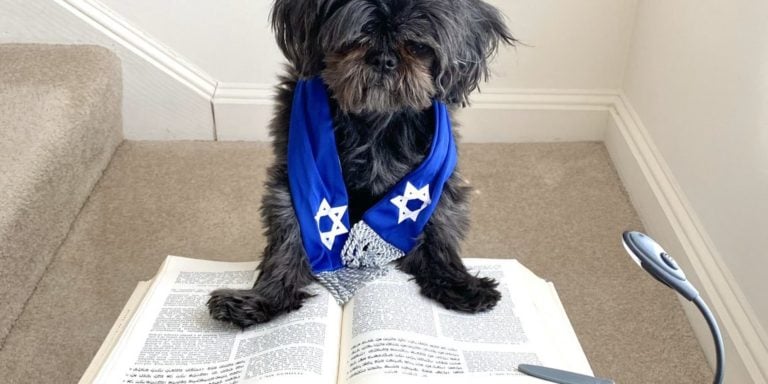 Coming of age ceremonies have existed for a very long time. For example, ancient Roman boys were expected to set aside the special amulet called the bulla so that they could put on the toga… 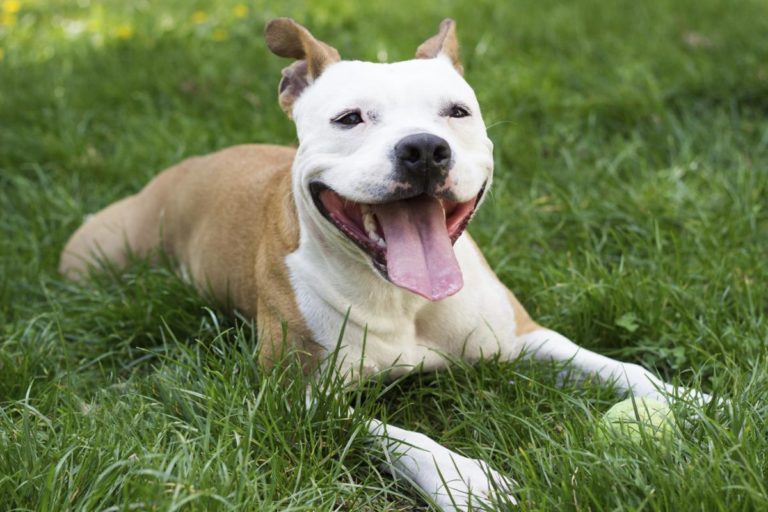 Pitbulls are one of the toughest breeds of dogs. They are large and strong and known for their strong jaws. It’s not easy keeping this breed stocked in dog toys because they can easily tear…