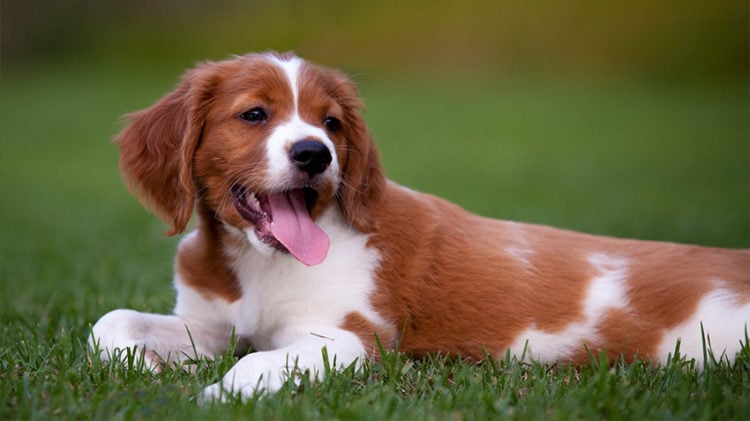 There are many diseases that humans suffer with, that are also possible for dogs to develop. One disease, known as Cushing’s Disease, is one that may affect both canine and human. As your dog’s mom or dad, you may not be familiar with this disease, or what to look for in signs and symptoms that may indicate that your dog has the disease, but we can help you learn more about it and what to look for. These are the signs and symptoms of Cushing’s Disease in dogs.

If you start to notice that your dog is drinking more than normal or peeing more often than he normally does, this could be an indication that something is going on. There are multiple medical conditions that would cause a dog to increase his drinking and output, such as diabetes or kidney disease, however, there is another less common reason this could be happening and the concern would be Cushing’s Disease. The disease is also known as hyperadrenocorticism and it is something that needs to be addressed by a veterinarian and treatment given.

For starters, what is Cushing’s Disease?

The disease was named after Harvey Cushing who was a neurosurgeon for the human breed. He first described the endocrine disease in 1912 as a problem with the adrenal glands (two small glands that are situated in front of each of the kidneys). The adrenal glands produce hormones that help to regulate certain bodily functions, but when your dog has Cushing’s disease, the glands don’t function properly. In fact, they overproduce the hormone known as cortisol. When hormones are not in balance, the body begins to react in ways that are not good.

According to Jeff Grognet, DVM, co-owner of Mid-Isle Veterinary Hospital in Qualicum Beach, BC, Canada, he says this of the disease, “As the disease progresses, dogs lose muscle, become weak, the skin thins, and you see hair loss on the flanks, neck and perineum [the area around the genitals and rectum].” You might also notice panting, increased hunger and a pot-bellied appearance.

Are certain dogs at risk for Cushing’s?

This is a disease that typically will affect the older dogs, senior dogs that are about 8 years and older. Another factor is that it seems to be seen more commonly in specific breeds, which include, Boston Terriers, Boxers, Beagles, Dandie Dinmont Terriers, German Shepherds, Yorkshire Terriers, and Poodles. Even some small terrier breeds are more predisposed to the disease.

The disease is typically caused by one of three elements:

#1. Brain tumor – A tumor on the pituitary gland, which is at the base of the brain, can cause this disease, because this gland is responsible for telling the adrenal glands to secrete the cortisol that was mentioned earlier. This particular type of Cushing’s is known as pituitary-dependent hyperadrenocorticism, or (PDH). It’s the most common form of the disease and will typically be found in young dogs.

#2. Adrenal gland tumor – This type of Cushing’s is known as hyperadrenocorticism and is more readily seen in larger breeds of dogs.

#3. Overuse of steroid medicines – Steroids sometimes have to be given to humans, or pets, for long term for a particular medical condition, and when this happens, it can trigger the disease, and is referred to as a iatrogenic Cushing’s syndrome.

Complex tests are required in order to truly diagnose this disease. Your vet may order blood and urine tests to see what the results are on those before moving forward. If there are any abnormalities, he will order a test known as the ACTH-stimulation test. This test is a blood test that checks your pup’s cortisol levels, and he may give him a shot of adrenocorticotropic hormone. Your vet will wait a few hours and re-draw your dog’s blood to see what the cortisol levels are now. If it is found that your dog does in fact have Cushing’s, your vet will order other exams, such as an ultrasound to help determine the cause so he will know how to treat it.

It has been discovered that more than 90 percent of dogs who have the disease, have a benign pituitary gland tumor. Dr. Grognet, who is the operator of the ACE Academy for Canine Educators, explains it like this, “Being extremely small and not tending to spread, they don’t cause a physical problem. Most dogs with pituitary-dependent Cushing’s are therefore treated with medication.”

If it is a tumor that is causing the disease, further tests will be done to see if it is cancerous or benign and will schedule surgery to remove it. If it is able to be removed. If the tumor is found to be cancerous, unfortunately, things won’t be good for the pup due to a poor prognosis.

Dr. Grognet went on to explain, “Once treatment has been initiated, the symptoms of Cushing’s disease slowly dissipate,” Dr. Grognet says. “The first thing is that the drinking falls dramatically. It takes longer for the skin lesions to resolve. The average survival time for a dog with Cushing’s disease is about two years, but this statistic does not mean that Cushing’s causes death. In fact, most dogs die of unrelated disease processes brought on by aging — they are already geriatric when Cushing’s is first diagnosed.”

If you ever suspect that something isn’t right with your dog’s health or behaviors, it is always best to get him evaluated by his veterinarian. 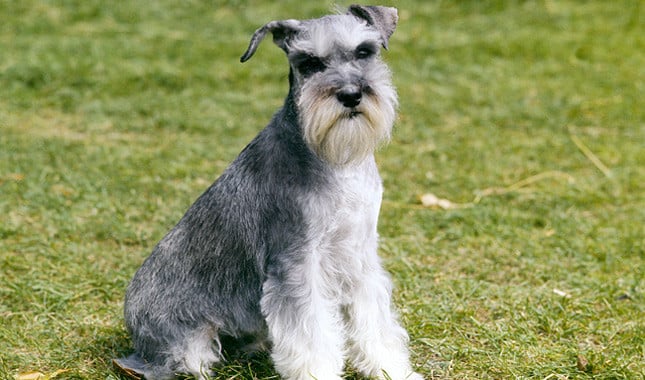 Schnauzers hail fro Germany. They are a small breed of dog that were often used as ratting dogs. They are considered to be good guard dogs, without the tendency to bite. Their personality is described… 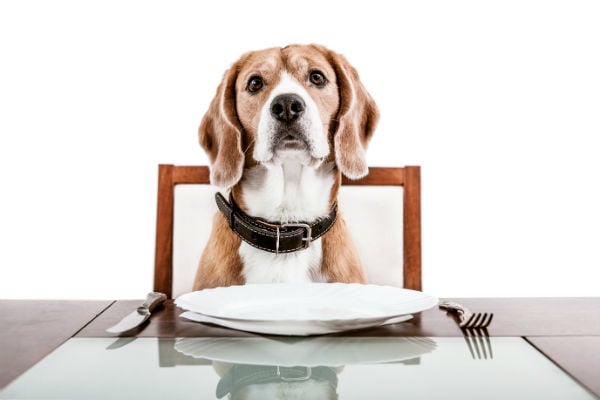 While some dogs are finicky eaters, most will consume anything they can find on the floor. While there are some foods that dogs tolerate very well, there are many human foods that are dangerous or… 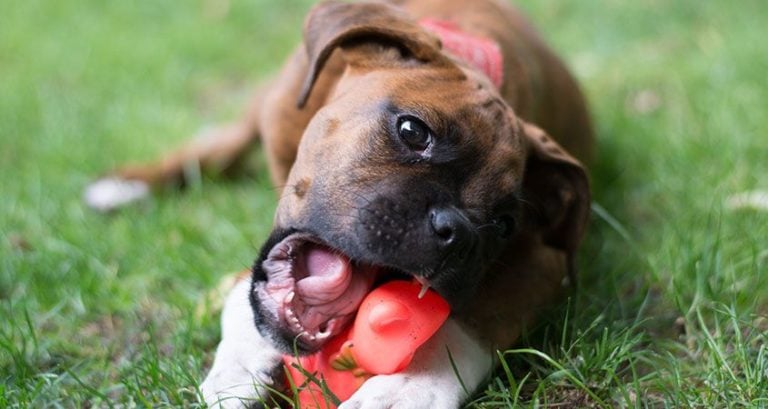 Our canine companions belong to their own species with their own set of behaviors. As a result, it can be difficult to tell if something that is strange for humans should be considered strange for… 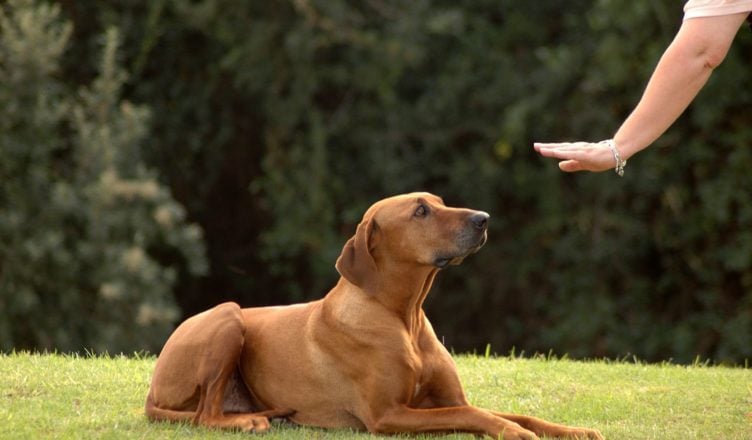 Socialization is an important aspect of growing up and maturing for dogs. Typically, this is something that’s supposed to happen just naturally. When a dog gives birth to a litter of pups, that family of… 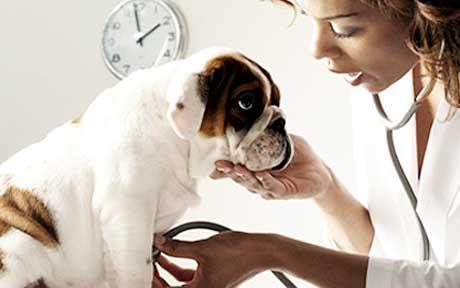 Staff members at your dog’s veterinary office may handle everything from checking your dog in, to collecting your dog’s vital statistics, to evaluating your pup’s health, to cleaning the kennel if your dog stays overnight….