Home
Dog Health
What is Tylan Powder or Tylosin for Dogs?
Prev Article Next Article 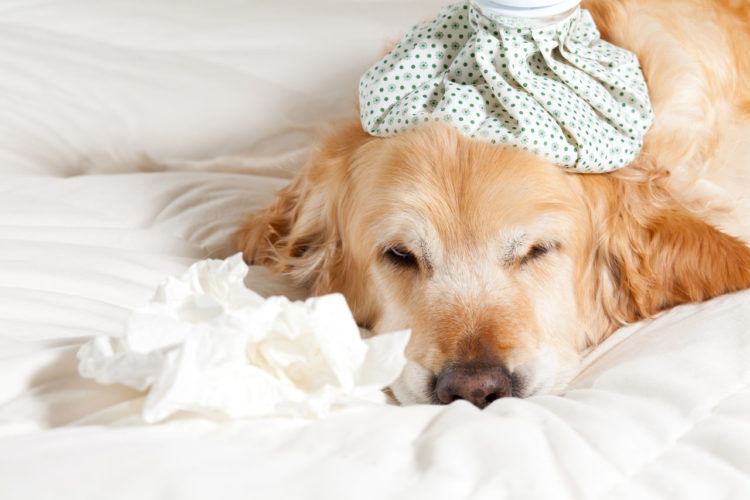 Tylosin is a macrolide antibiotic, a form of medication that works to prevent the further spread and growth of already existing bacteria. Tylosin, which is also known as Tylan or Tylocine, does not kill bacteria itself. However, the way it stops bacteria on its tracks allows the body’s immune system to fight any infections naturally. Tylosin is typically used with livestock and farm animals. When added to food and water, tylosin can assist with the growth of animals. It can also prevent the spread of disease and various infections. While the FDA does not approve its use with domestic animals, tylosin is a actually a popular treatment option for many veterinarians when it comes to dogs.

Tylosin Use in Dogs

This drug has become a go-to, off-label treatment for many veterinarians to treat specific ailments. As with any other medication and even when used with livestock, there are precautions that must be observed in order to avoid medication-related problems. Certain dosages and waiting periods must be followed when the drug is being taken. For canine use, tylosin is available in three different formats. It comes in powder form (Tylan Powder), which can be mixed with food and drinks; it also comes in liquid form, which can be administered orally; and it can also be administered by injection. Also, as with any other medications, certain factors about the dog must be taken into consideration. Factors such as age, weight, overall health, and other current medications will all affect how effective tylosin would be.

Veterinarians have found that tylosin is effective in treating digestive issues among dogs, especially those who have been unresponsive to other treatment options or therapies. Tylosin can be prescribed to treat some of the most severe digestive issues including chronic diarrhea, colitis, inflammatory bowel disease, and exocrine pancreatic insufficiency (EPI).

While it may be effective enough to treat these serious digestive illnesses, tylosin can also be used to treat less severe and more cosmetic-type issues in dogs. There’s a condition called epiphora that affects Maltese dogs particularly or other white-coated dogs. Epiphora is simply the overproduction of tears, and when it happens to dogs, it can also create tearstains. Tylosin has been found to help with the condition of epiphora.

Although none of these digestive illnesses take advantage of tylosin’s antibacterial properties, dogs seem to benefit from the anti-inflammatory benefits of the drug. Tylosin provides a relief for dogs that are suffering from overworked digestive systems.

There’s an unexplainable relationship between chronic diarrhea and the positive effects of tylosin in alleviating the condition. Diarrhea is a common symptom of many digestive issues including the most serious ones such as colitis, inflammatory bowel disease, and EPI. In situations when dogs have been unresponsive to other types of digestive medication, tylosin seems to be able to relieve symptoms. In addition, when a dog suffering from chronic diarrhea gets off tylosin, the symptoms return within weeks. There are currently no explanations as to the mechanism of this interaction and why some dogs react to tylosin this way.

Unfortunately, tylosin has serious side effects that can be damaging to dogs. Being that it’s an antibiotic, long-term use of the drug can increase the resistance of dogs to other antibiotics that may be necessary to treat other illnesses. This is even more important if vets are prescribing tylosin as an off-label treatment. Also while tylosin is used to treat chronic diarrhea, it just so happens that one of tylosin’s most serious side effects is actually chronic diarrhea. Dogs that are undergoing tylosin treatment should be kept under close supervision.

Sometimes there’s just no avoiding a negative reaction when it comes to medications. Tylosin is still a fairly new treatment for canine use. Its long-term effects are still relatively unknown as well as its full mechanisms of action. It’s highly recommended that use of tylosin should only be optioned when there are no other treatments available for use. Also, when administered via injection, tylosin has been known to cause pain and irritation in some dogs. Tylosin is also known for its displeasing taste. Many dogs have been known to refuse any foods that have tylosin on them as a food additive.